Please note that the times indicated by us for shipping to non-EU countries with DHL are based on the standard delivery time. Due to the current political situation in Russia and Ukraine, the shipping time is currently significantly higher (30 days and more)! 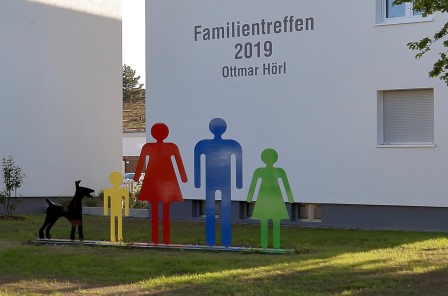 The eighth group of figures of the serial work entitled "Family Get-together" [Family Get-together], which Ottmar Hörl created specifically for Rüsselsheim in 1992, has moved to its dedicated location in Kohlseestraße. > more 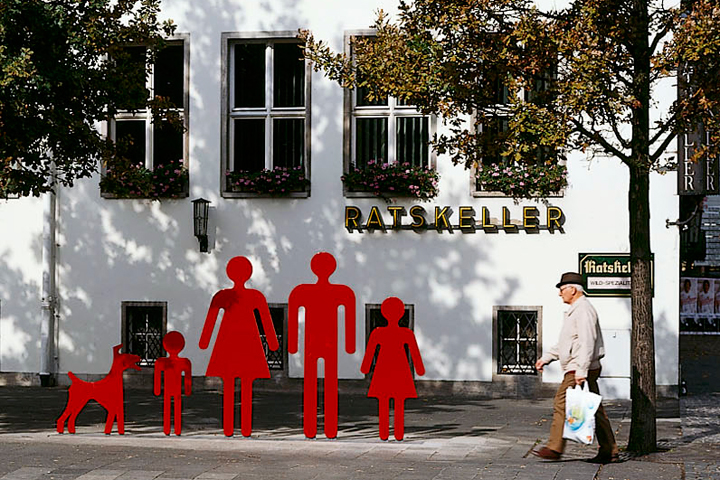 Rüsselsheim's urban space has seven "Family Get-together" sculpture groups, which have long since become models of identification and are known as "Hörl Families" in Rüsselsheim. On the occasion of the 2017 Hessentag, housing company Gewobau intended to have an eighth work of art, this time featuring figures in different colours, set up to complement the seven existing groups, and symbolising open-mindedness and cultural diversity. The group was to be positioned in the square outside the railway station, in the vicinity of automaker Opel's historic factory façade and a monument to Adam Opel. On the grounds that it was "non-tolerable", the Rüsselsheim Lower Monument Protection Authority rejected the application on 25 April 2017. The report stipulated, for instance, that new projects were "to pay due respect to the values epitomised by the historic cultural monument". The authority claimed vicinity protection. > more