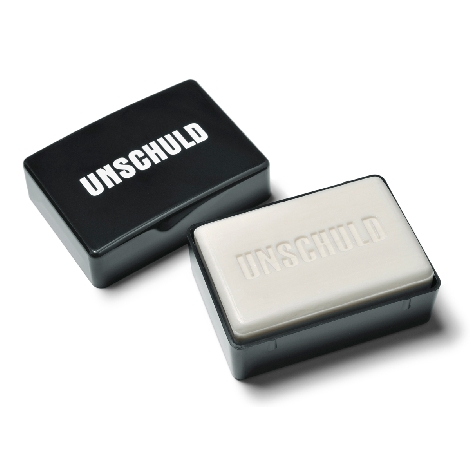 “Innocence” is the objectification of Pilate’s expression: “I wash my hands in innocence”. Conceptually limited to the number of Germany’s population (82 million), the soap object has reached more than 60,000 hands since it was first issued in Oct. 1997 and is therefore considered the most successful multiple. According to the feature pages, Hörl “is carrying the idea of democratising a work of art for everyone to extremes.” Soap with plastic box, 6,8 x 10,3 x 4,1 cm, signed (82 million copies), 17 Euro. For hygienic reasons the soaps can’t be returned.