31 October 2017 marks the quincentenary of Martin Luther posting his 95 Theses against indulgence. The Evangelical Church will be organising numerous events and activities worldwide to commemorate this very special 500th anniversary. So does the German city Wertheim, which was voted “European Cities of the Reformation” from the Protestant Churches in Europe.

With the installation “Protestant Provocations: Luther in town” Wertheim celebrates the opening of the Luther Year with a unique exhibition. 25 colourful Luther figures will be set up in Wertheim, in different places of public life. Every sculpture carries a Luther quote matching the location. This means that "keeping your eyes open" is the watchword for a whole month. Visitors can come across Luther and his propositions

Ottmar Hörl about his Luther sculpture

"I have multiplied Luther's presence so as to facilitate the spreading of his ideas, in the form of a symbol, to every corner of the world. The mobile Luther monument becomes an ambassador for Luther. One shouldn't forget that, regarding his writings, Luther benefited from the mature use of the printing press, namely, from the potential of distributing reproduced copies. The Luther sculptures are intended to stimulate very personal and undogmatic reflexion. And everyone can join in ...“, says Ottmar Hörl. 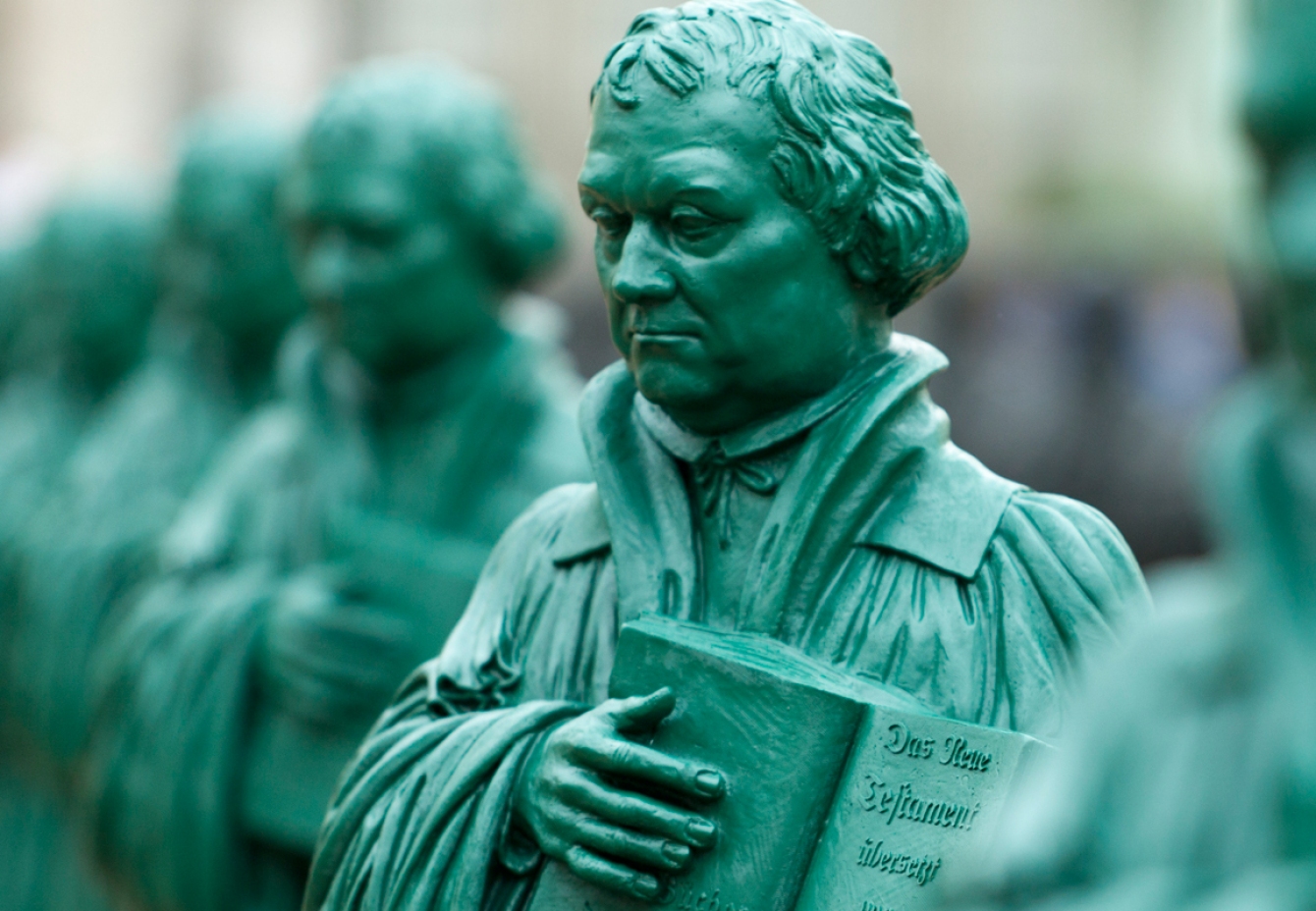 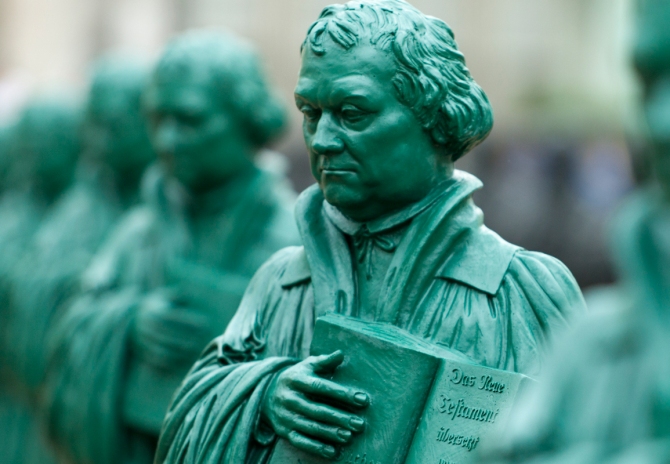 Sculptural project "THELUTHERCOMPLEX" at FFFZ Kulturforum of the Evangelical Church in the Rhineland in Düsseldorf, 8 July to 31 July 2011

Project "Martin Luther – Here I stand" featuring 800 Luther multiples set up in the market square in Wittenberg, the City of Luther