Project "Martin Luther – Here I stand" featuring 800 Luther multiples set up in the market square in Wittenberg, the City of Luther

The Luther monument by Johann Gottfried Schadow in the Wittenberg market square has come to symbolise the nineteenth-century veneration of the great reformer. In 2010, it will be temporarily dismantled for conservation and restoration purposes. In this situation, from 14 August to 12 September 2010, Ottmar Hörl will stage a sculptural project featuring eight hundred Luther messengers in the market square of Wittenberg.

"I will multiply Luther’s presence. The mobile Luther monument will become a herald for the Luther Decade and connect Wittenberg with the entire world," the artist explains. The sculptural project featuring 800 multiples of Luther in Wittenberg was set up in the context of the Luther Decade. With this Luther deputy, Hörl’s aim was to take the reformer 'off his pedestal', make him accessible to the masses and thus to invite the public to reassess Luther’s ideas in our time. "Luther thus becomes tangible, literally 'graspable'. The multiplication creates a presence which does justice to him and the interpretation of his teachings. It is intended as an impulse for a completely personal and undogmatic encounter. Everyone can take his own Luther home ..."

In Martin Luther (1483–1530) we see the great reformer who rediscovered the relationship between liberty and responsibility and, in the course of the Reformation, initiated (among other things) the separation of church and state. Every year on 31 October, Protestant Christians celebrate the beginning of the Reformation in 1517. This was the day on which Luther is thought to have publicised his ninety-five theses at the Castle Church of Wittenberg. A professor of theology, Luther was branded a heretic, while simultaneously becoming one of the most prominent theologians in Germany. At the Imperial Diet of Worms in 1521, he refused to withdraw his writings. The words he proclaimed on that occasion are legendary: "Here I stand. I cannot do otherwise."

"It should not be forgotten that, with regard to his writings, Luther profited from the emerging art of book printing and the possibility of multiplication. Luther espoused the principle of the series in order to spread his message far, wide and quickly, especially concerning the editions of the New Testament first published in German in 1522," as Ottmar Hörl puts it.
Photos: Christoph Busse, Werner Scheuermann 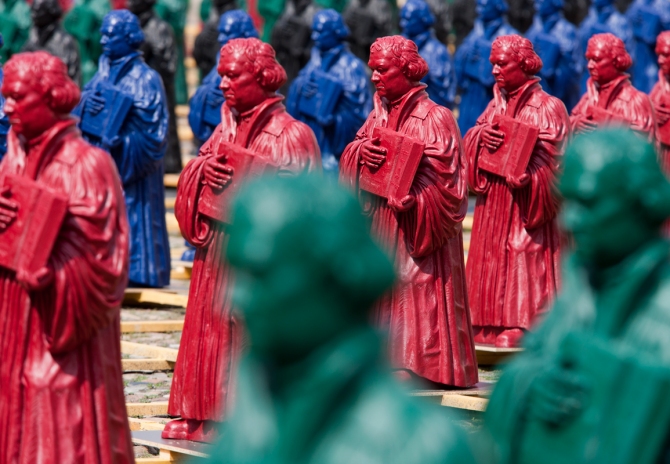 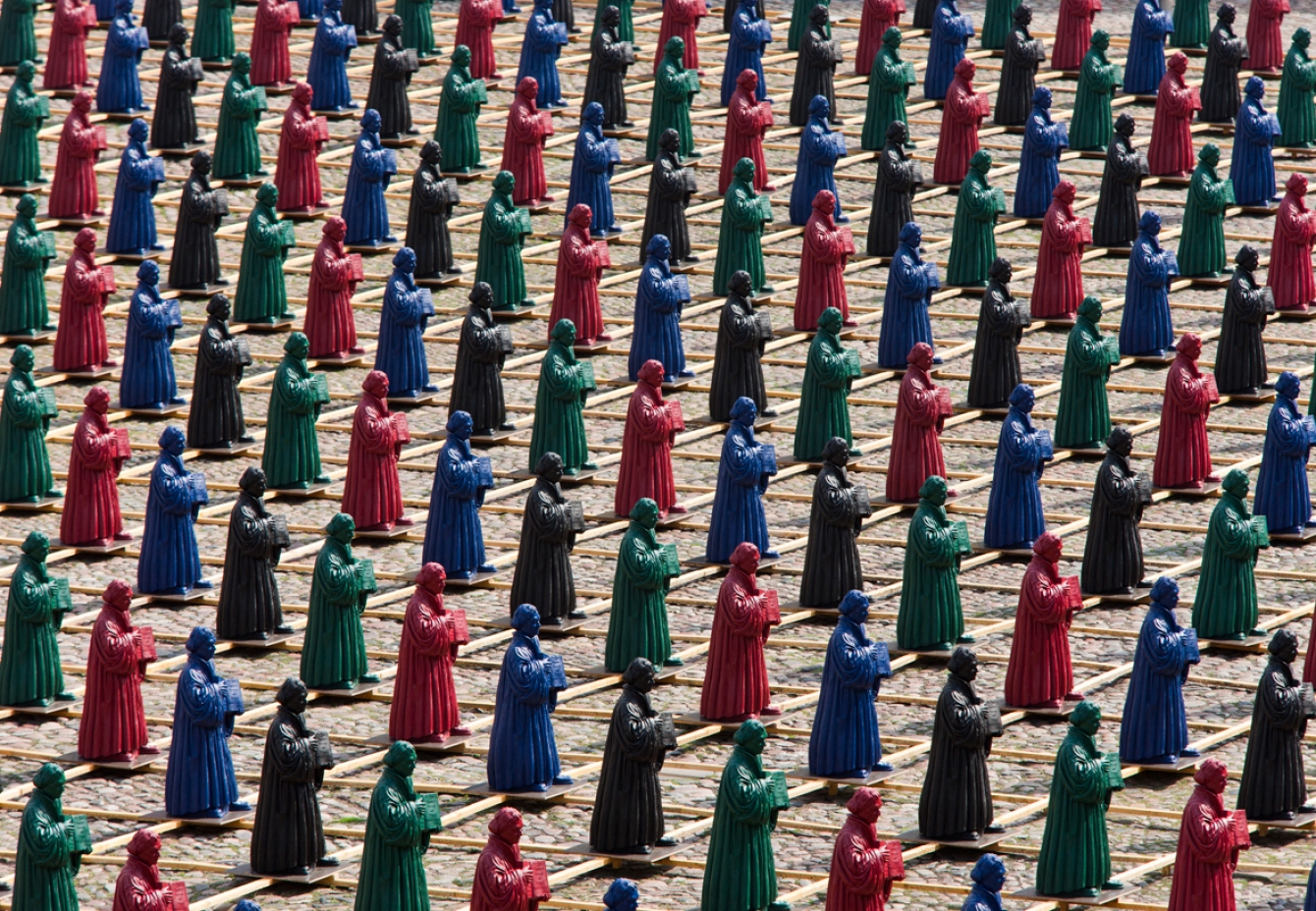 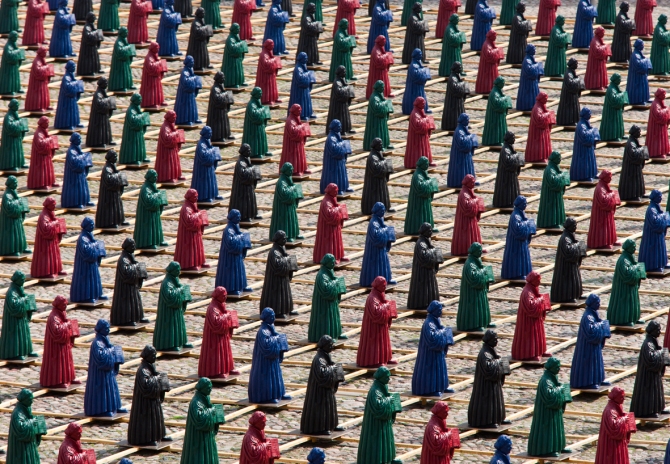 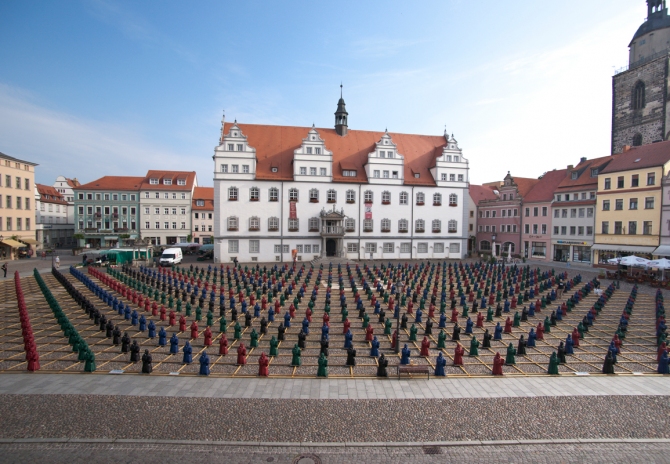 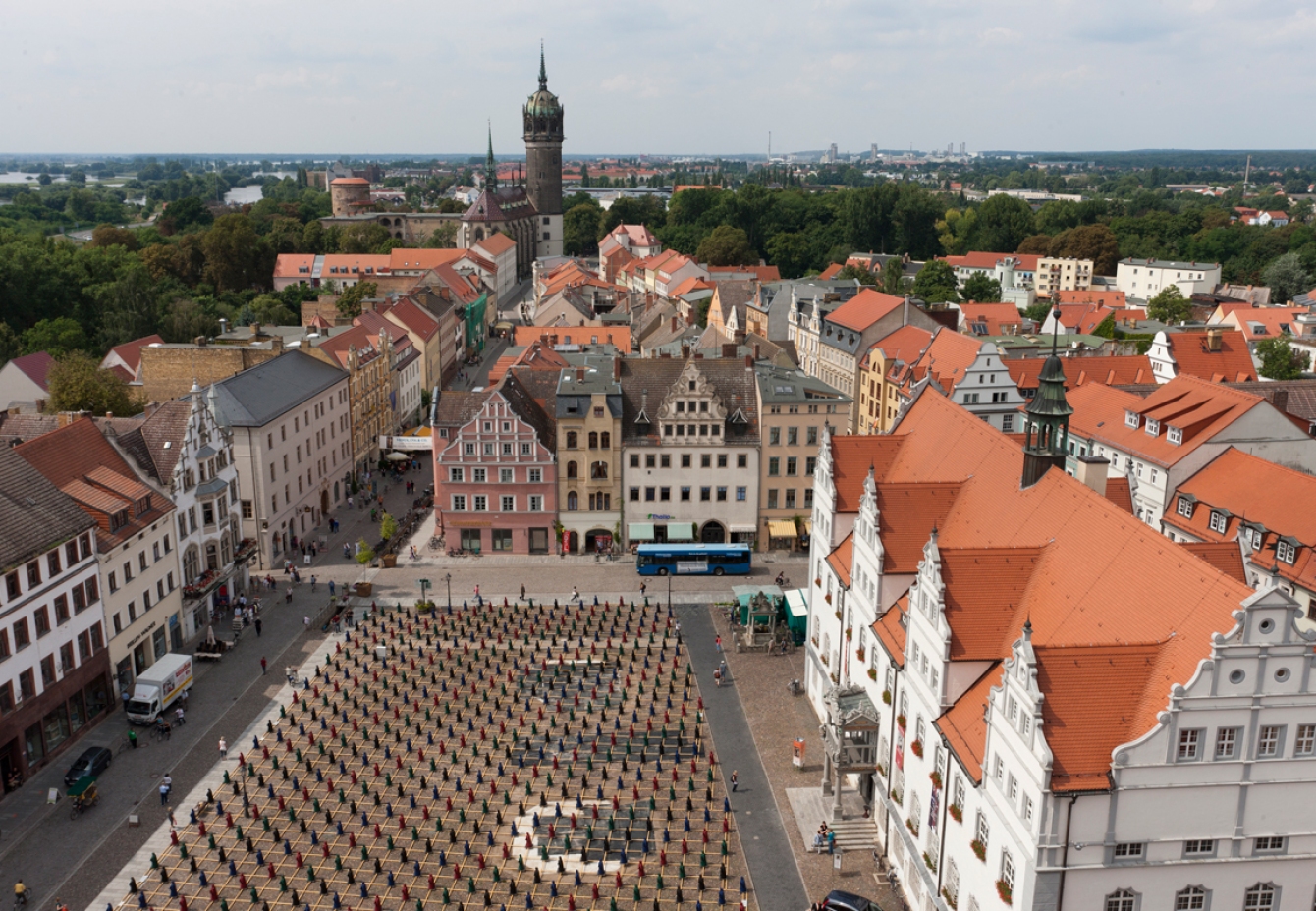 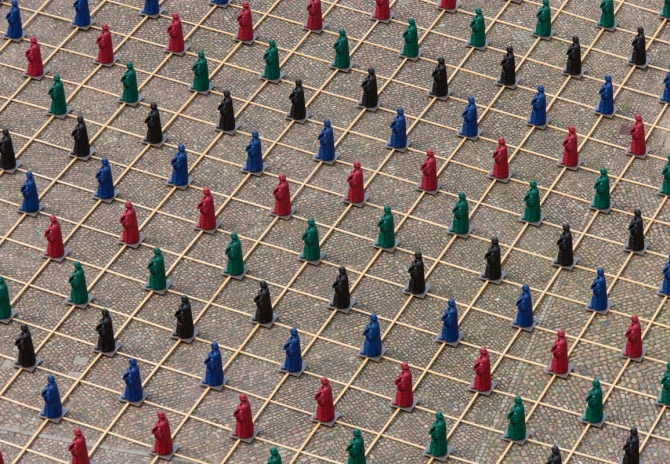 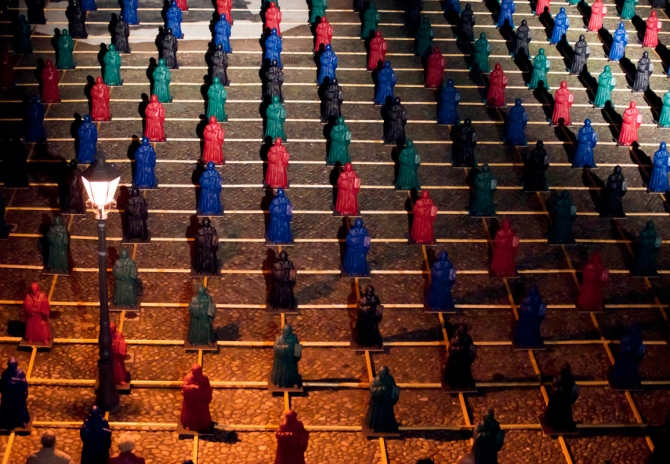 Sculptural project "THELUTHERCOMPLEX" at FFFZ Kulturforum of the Evangelical Church in the Rhineland in Düsseldorf, 8 July to 31 July 2011