In Seligenstadt, a sculptural project featuring 1,000 blue garden gnomes – in groups as well as loosely scattered – was distributed all across the city. The blue gnomes were set up in several steps and, as it were, 'staged' following a certain pattern. In a random sequence of days, they appeared unexpectedly in various sections of the city (downtown, Main riverside, train station, etc.). They were then left to themselves and, except for occasional changes of location, they remained until someone took them away.

This effect of the total gnome population slowly disappearing was deliberately intended and desired, it was one of the goals of the overall project. As the project belongs to the public anyway, there is no change of ownership in the true sense of the word. Removing the object just individualises a different location. Basically, it is just a displacement from one position to another in the sense of a "Rolling Change". 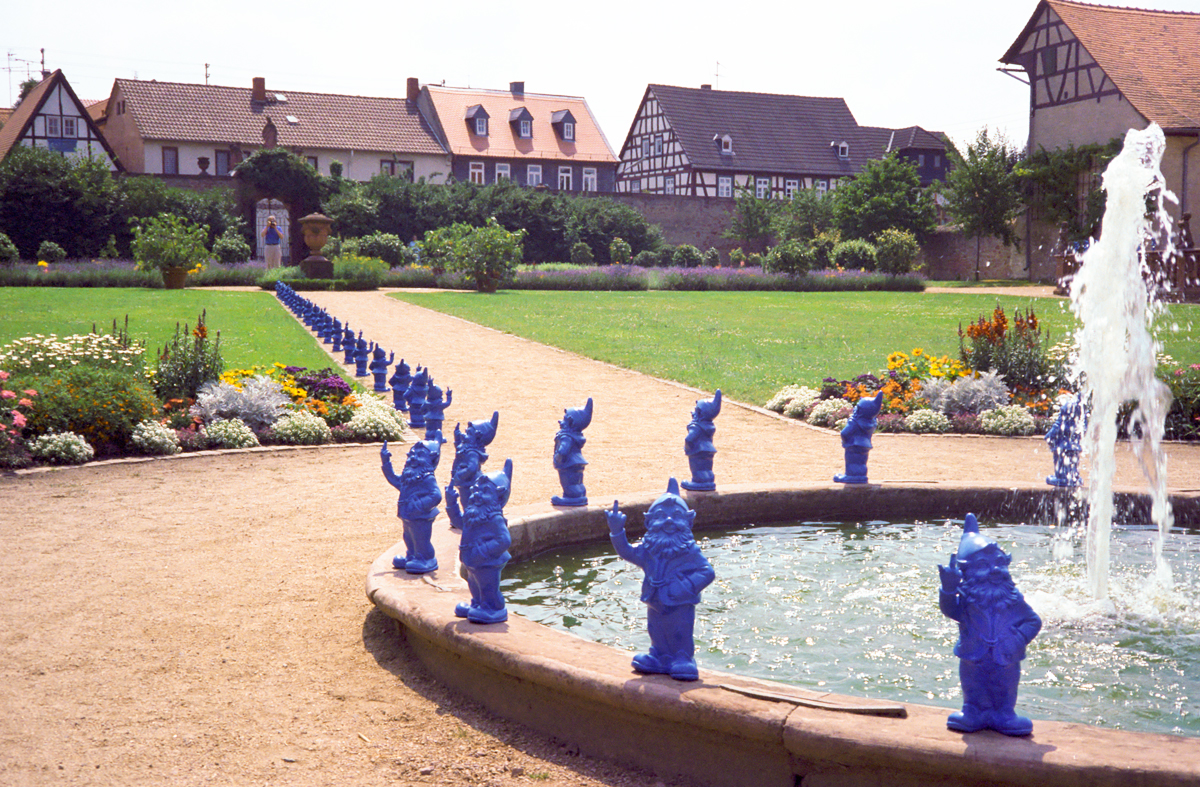 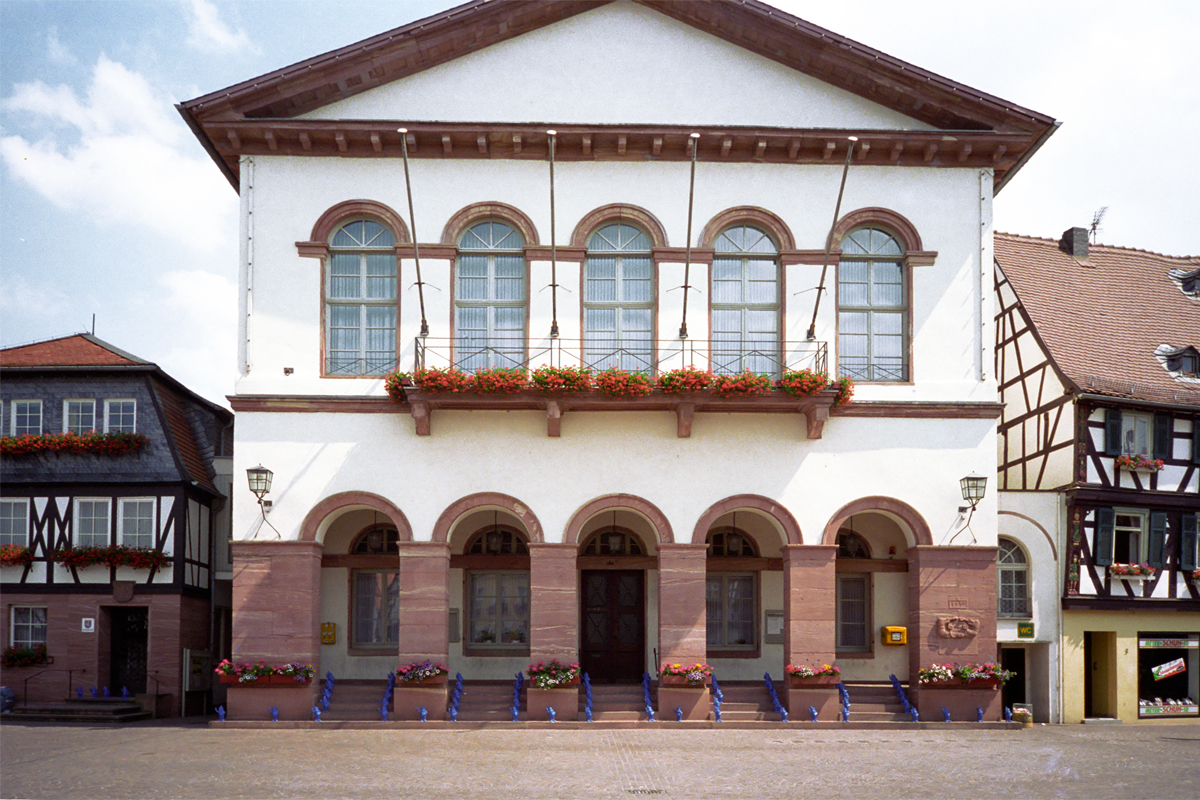 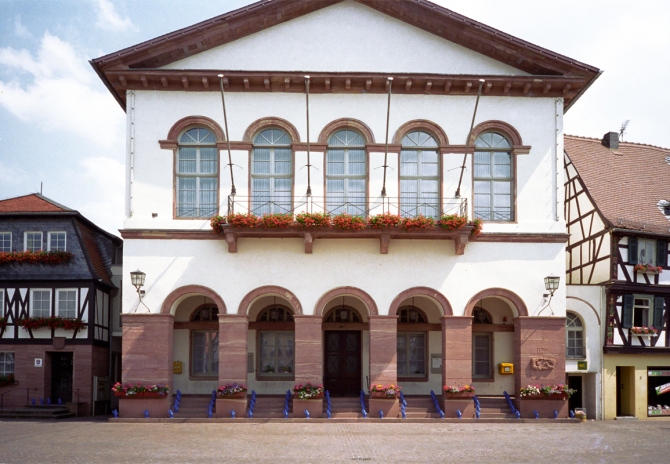 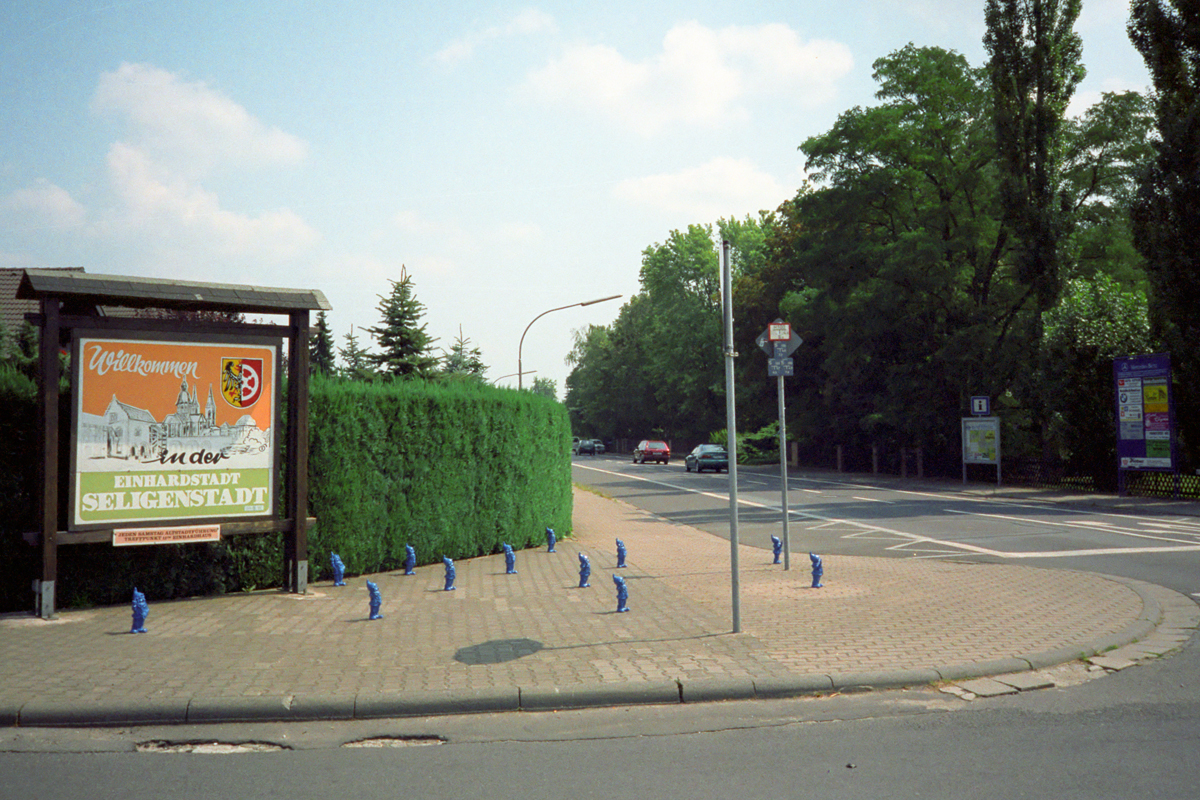 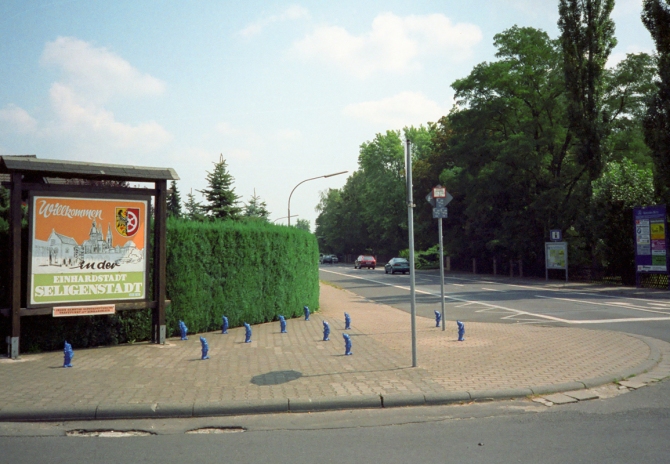 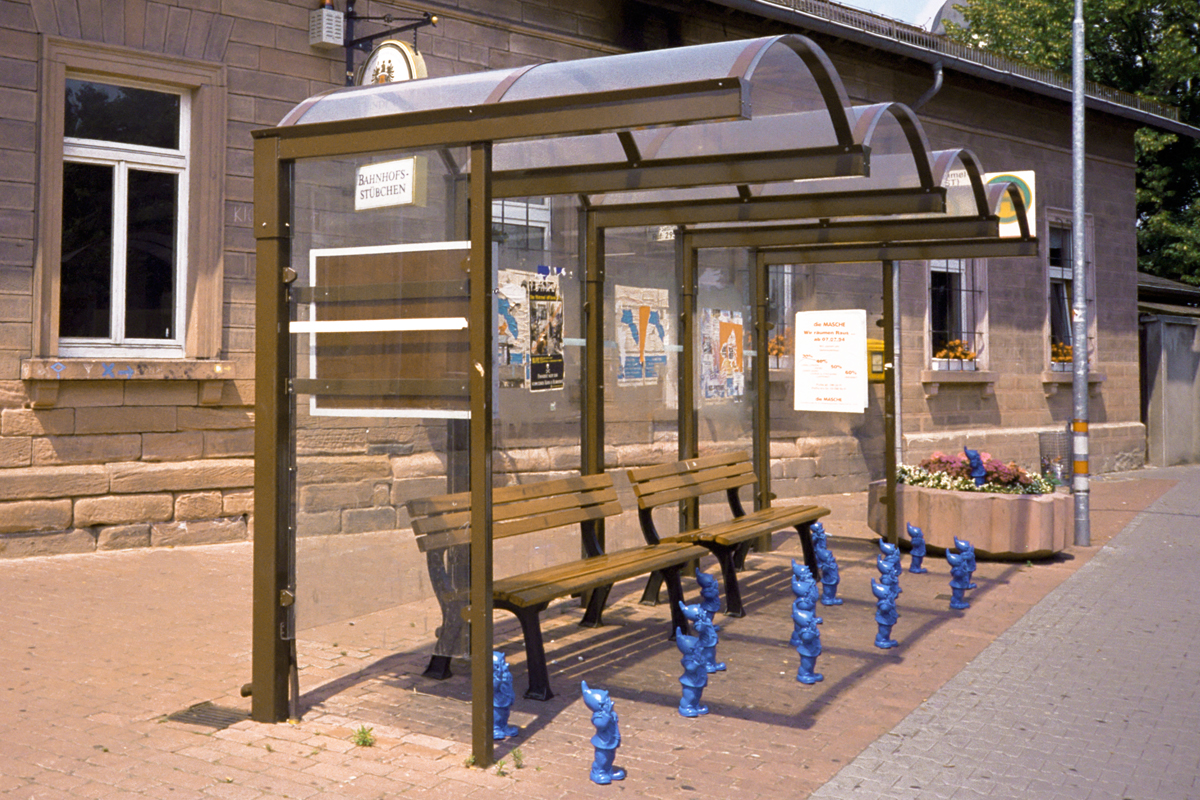 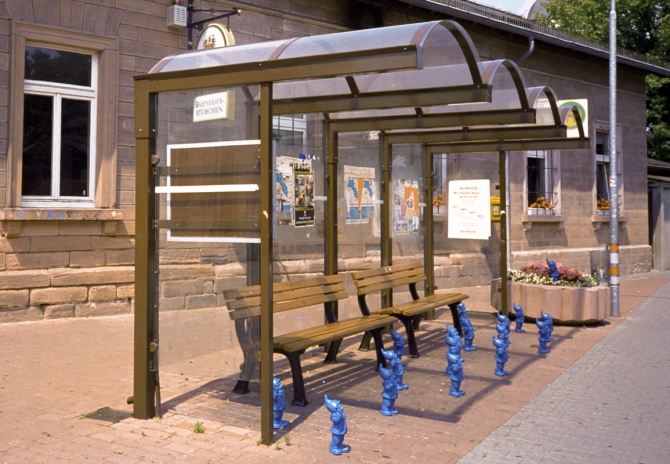 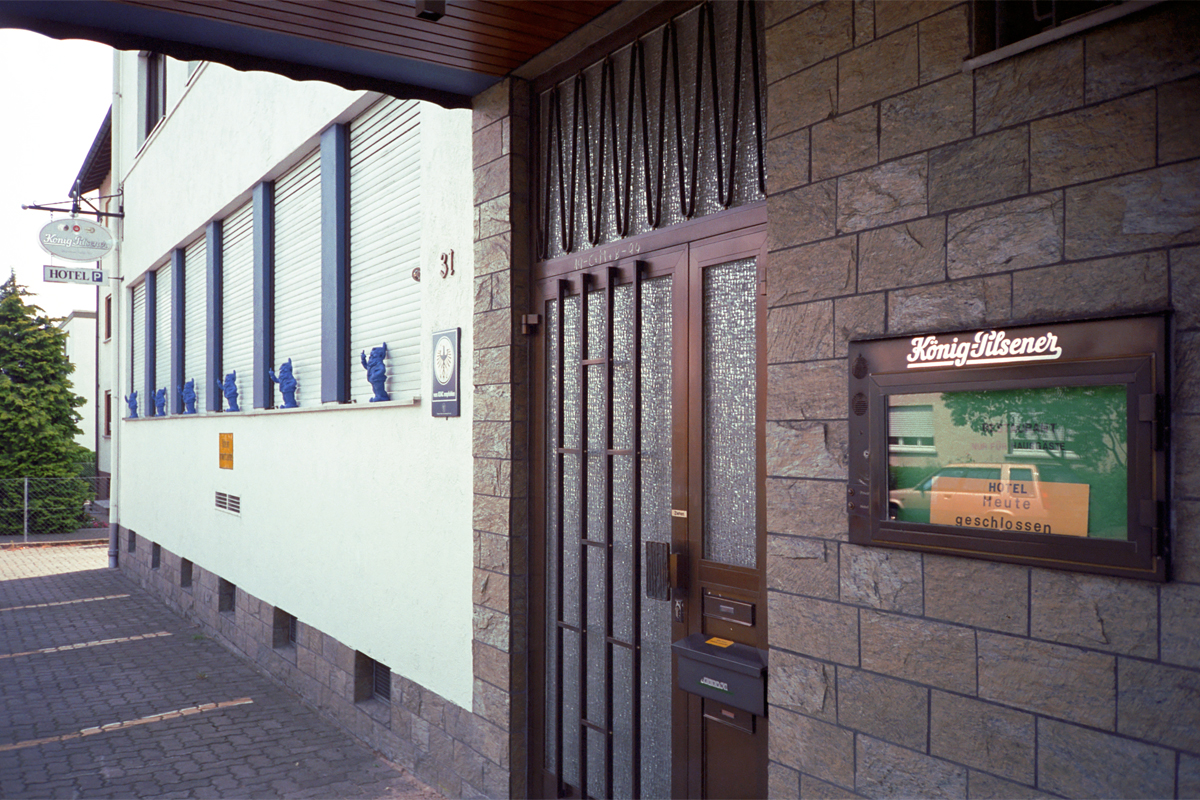 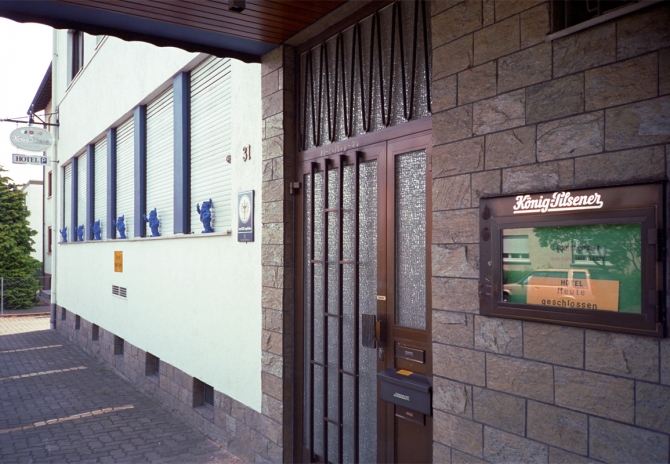 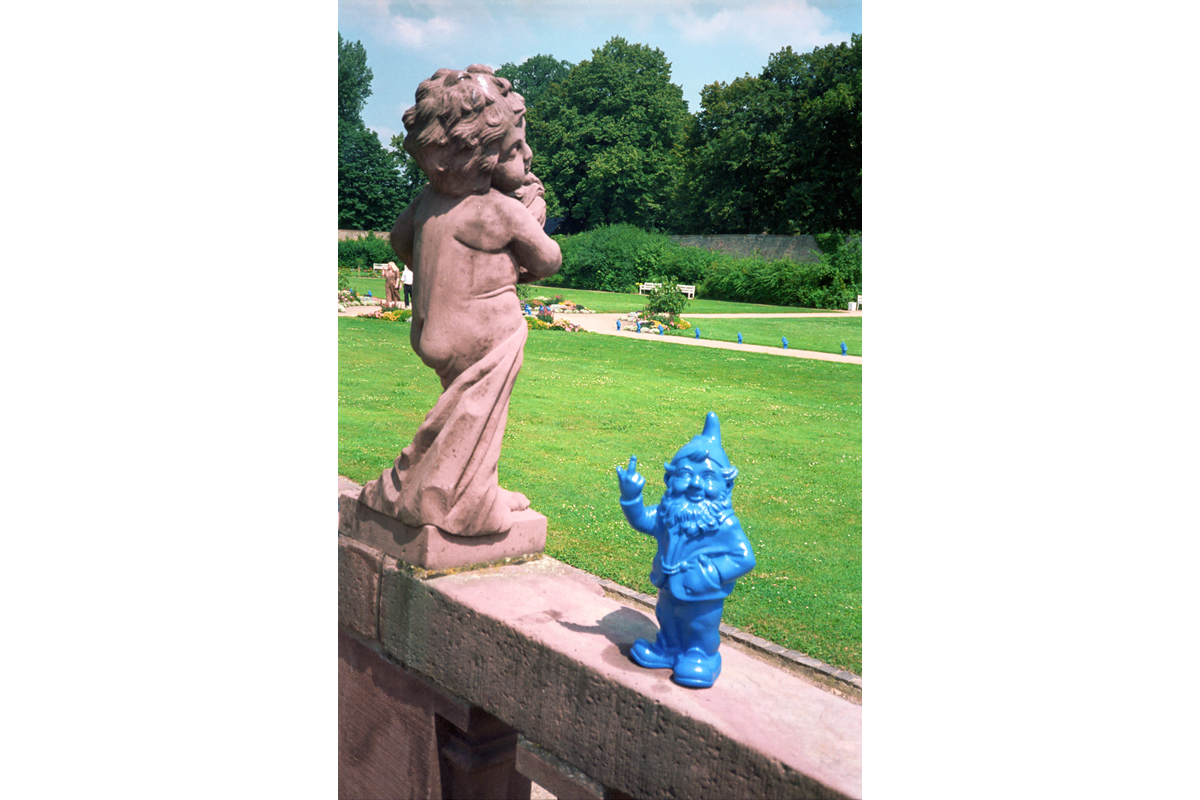 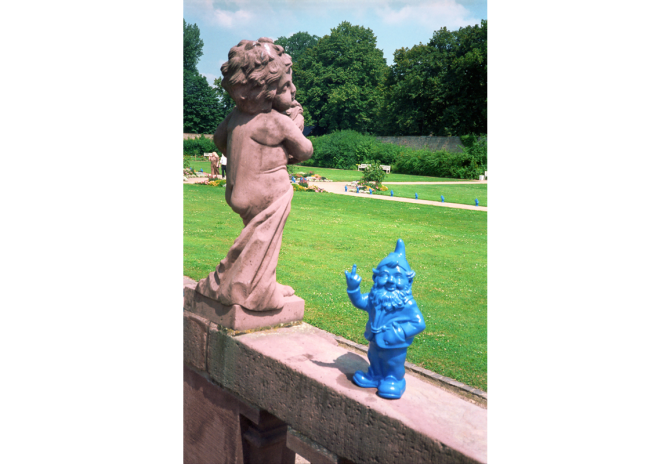 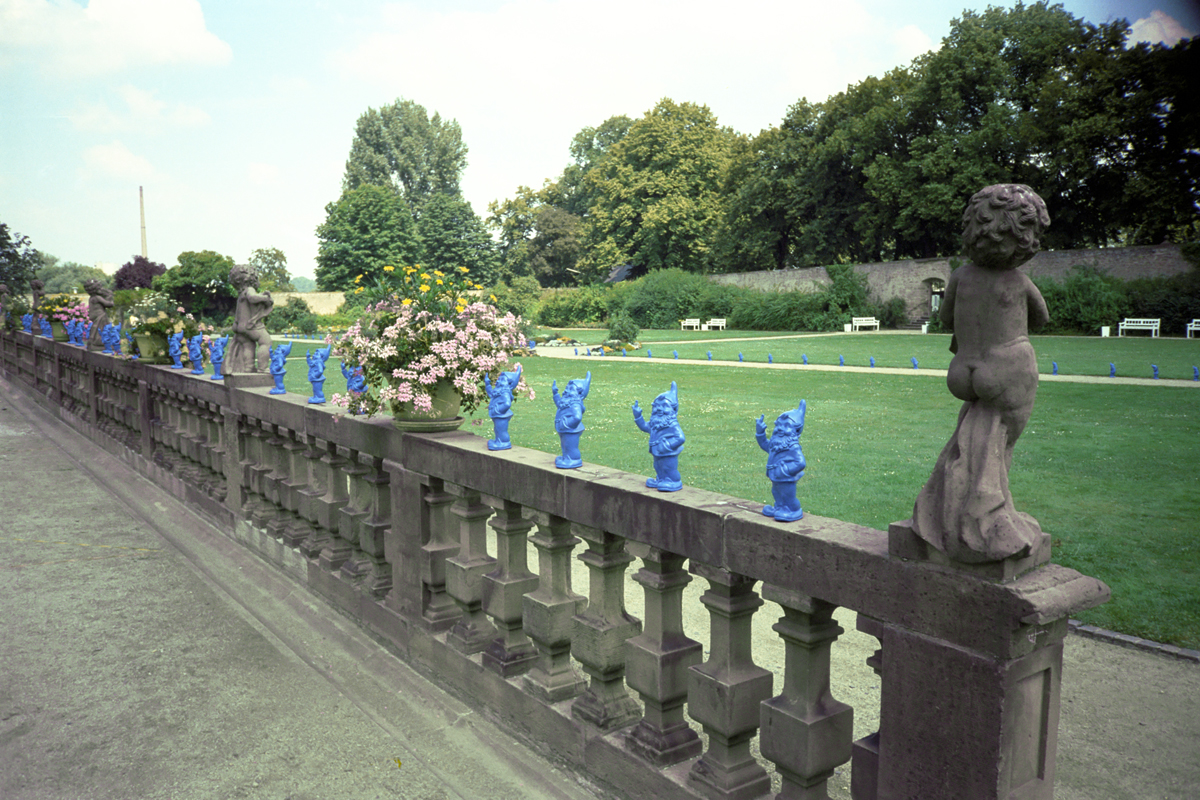 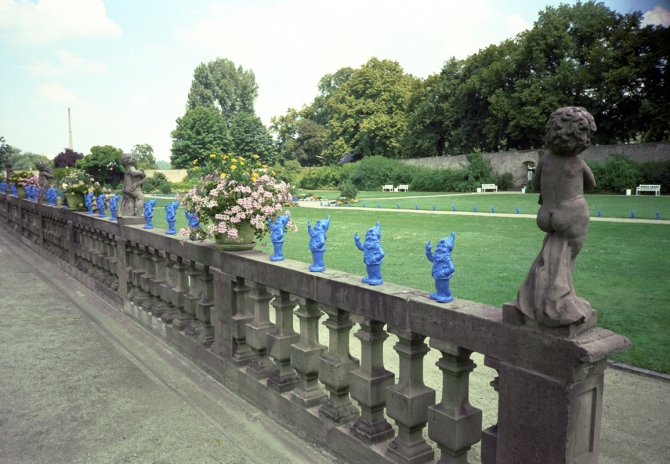