Bertolt Brecht: Per aspera ad astra – through hardships to the stars

When did you last read Brecht?
At school? What a pity that would be.
Ottmar Hörl wishes to whet your appetite for dealing with Brecht. His strategy to do so is now visible in the park surrounding the Göggingen Kurhaus in Augsburg.

His Brecht sculptures are standing comfortably on the lawn in front of the Kurtheater. They have put their hands in their coat pockets, have slightly turned up the collars of their leather coats, knotted their belts. They seem to be withdrawn, as if they wanted to watch the events around them with equanimity and a little distance. They seem calm, as if they had arrived at their destination.

In this installation, they actually have.

Through his work, Brecht has achieved what many dream of, but few turn into practice using talent and all their strength: He provoked. Challenged. Changed. Has become famous. He succeeded in picking people up, stimulating them to reflect, encouraging them to think further.

The way to change the world is not an easy one (not only Xavier Naidoo knows that).
The poet and playwright Brecht frequently engaged in arduous confrontations, for example, in a struggle to make the world a better, fairer place for everyone. At the end of this endeavour, in fact, there emerged a grandiose oeuvre.

However, of what use would a work be if it were only accessible to one individual?
Only by being reproduced and multiplied does a work receive its platform as an acknowledged piece of work.

Ottmar Hörl is well-known for his concept of serial sculpture, which transports precisely this idea of reproduction. The large number of Brecht sculptures refers to Brecht's work, which could only become a socially recognised oeuvre by being disseminated and perceived.

"Whoever it is you are looking for, it is not me," Brecht wrote in his psalm entitled "What do people still expect of me?".

And so the visitor to the exhibition is not faced with Brecht as a person in a monumental sculpture, but with his work in reproduction referred to by the multitude of Brecht figures.

And that's exactly what it's all about: the work remains when man has gone. But it depends on being perceived.

Now the work receives additional support in the form of one hundred Brecht sculptures created by Ottmar Hörl. 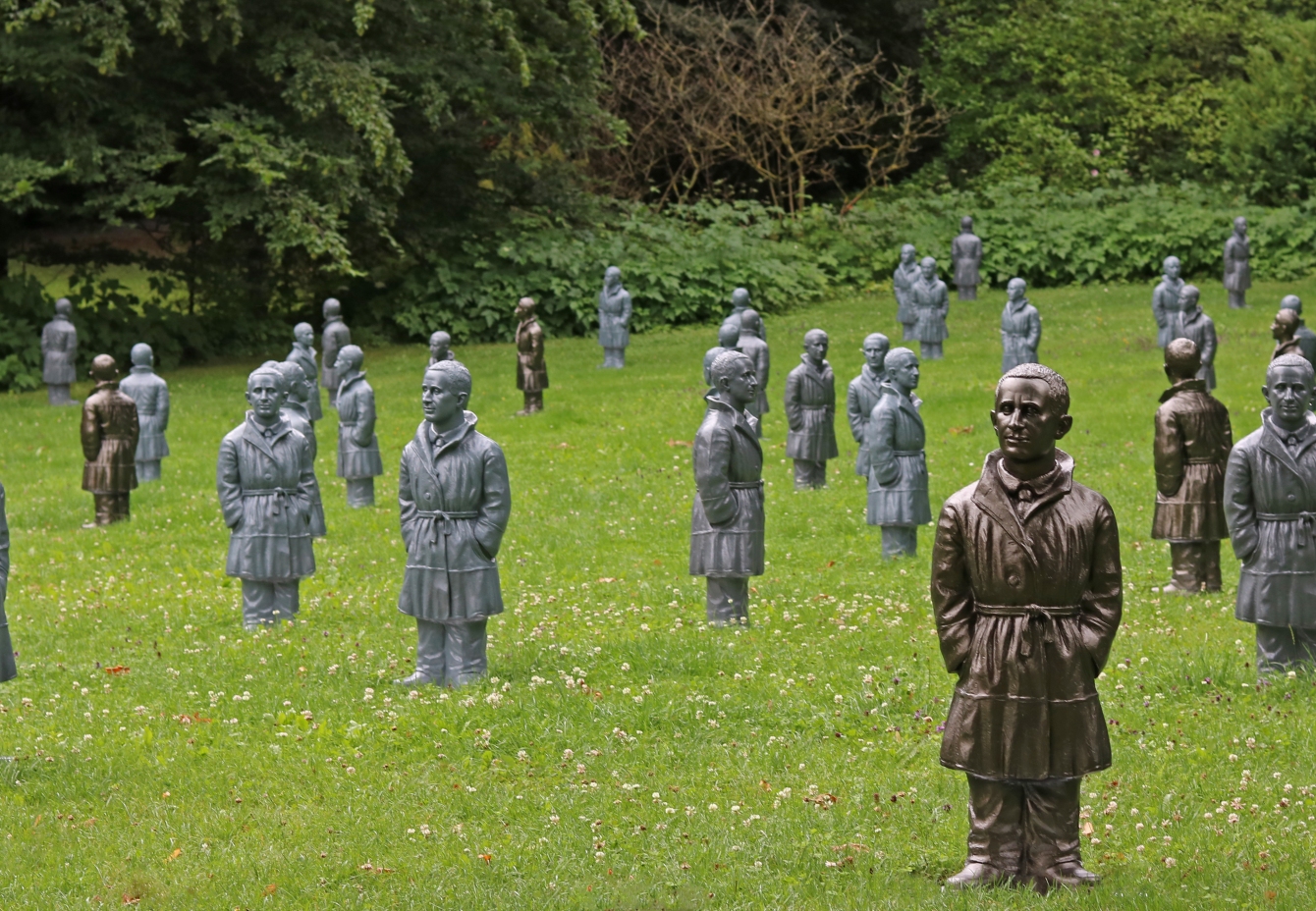 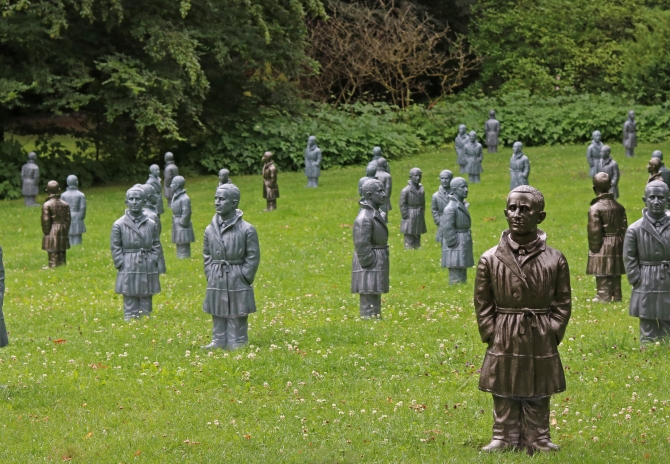 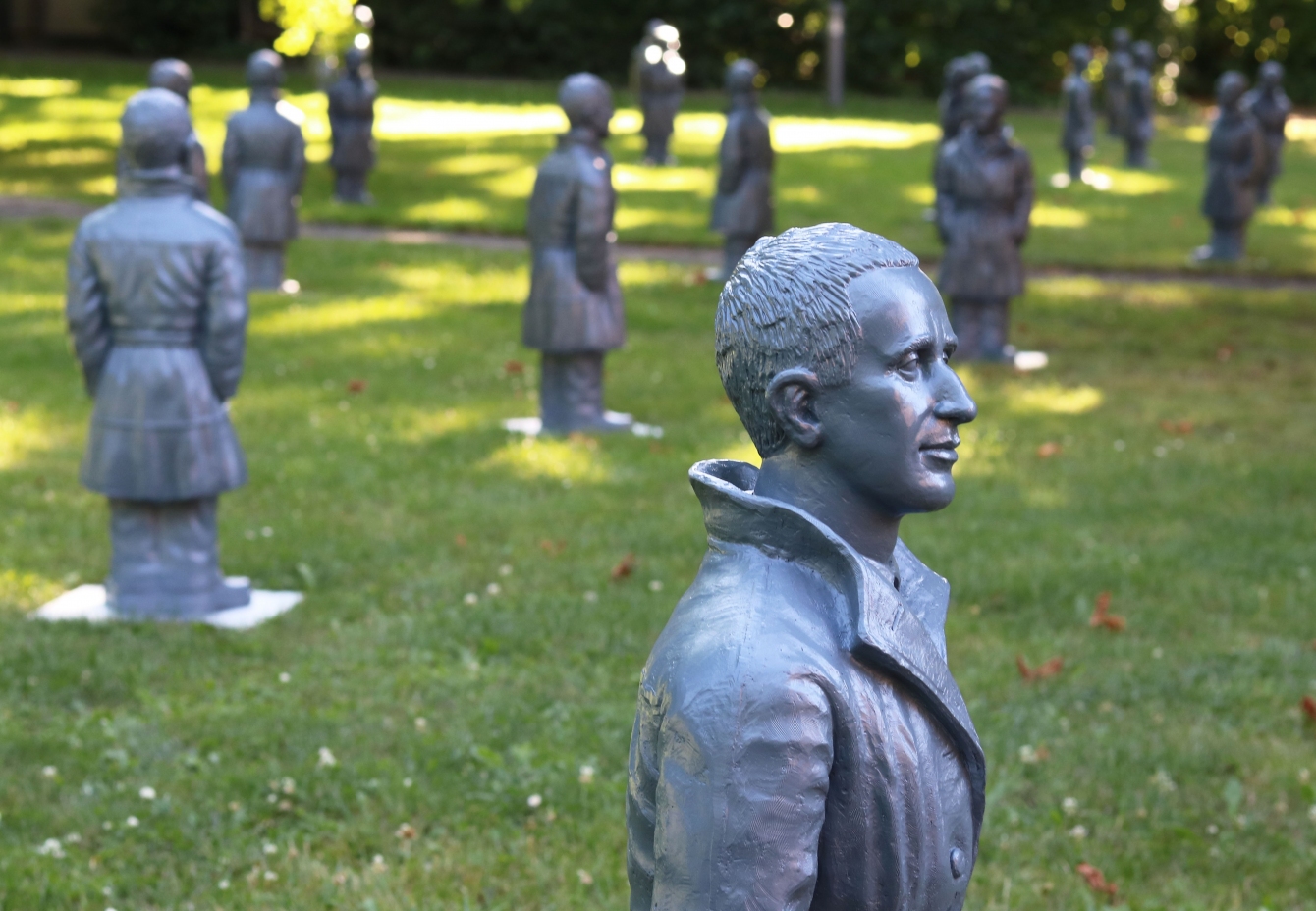 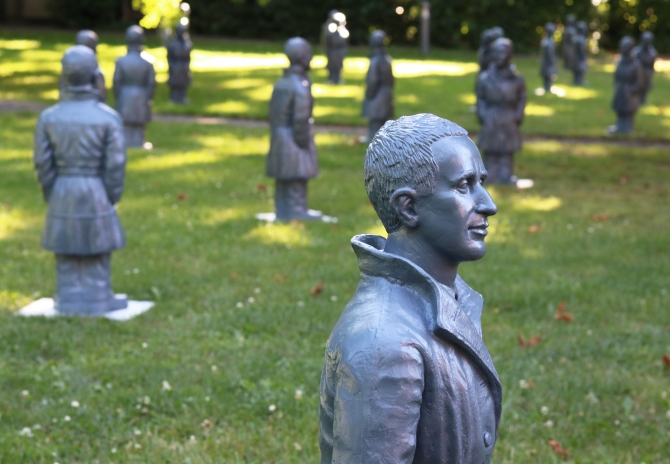 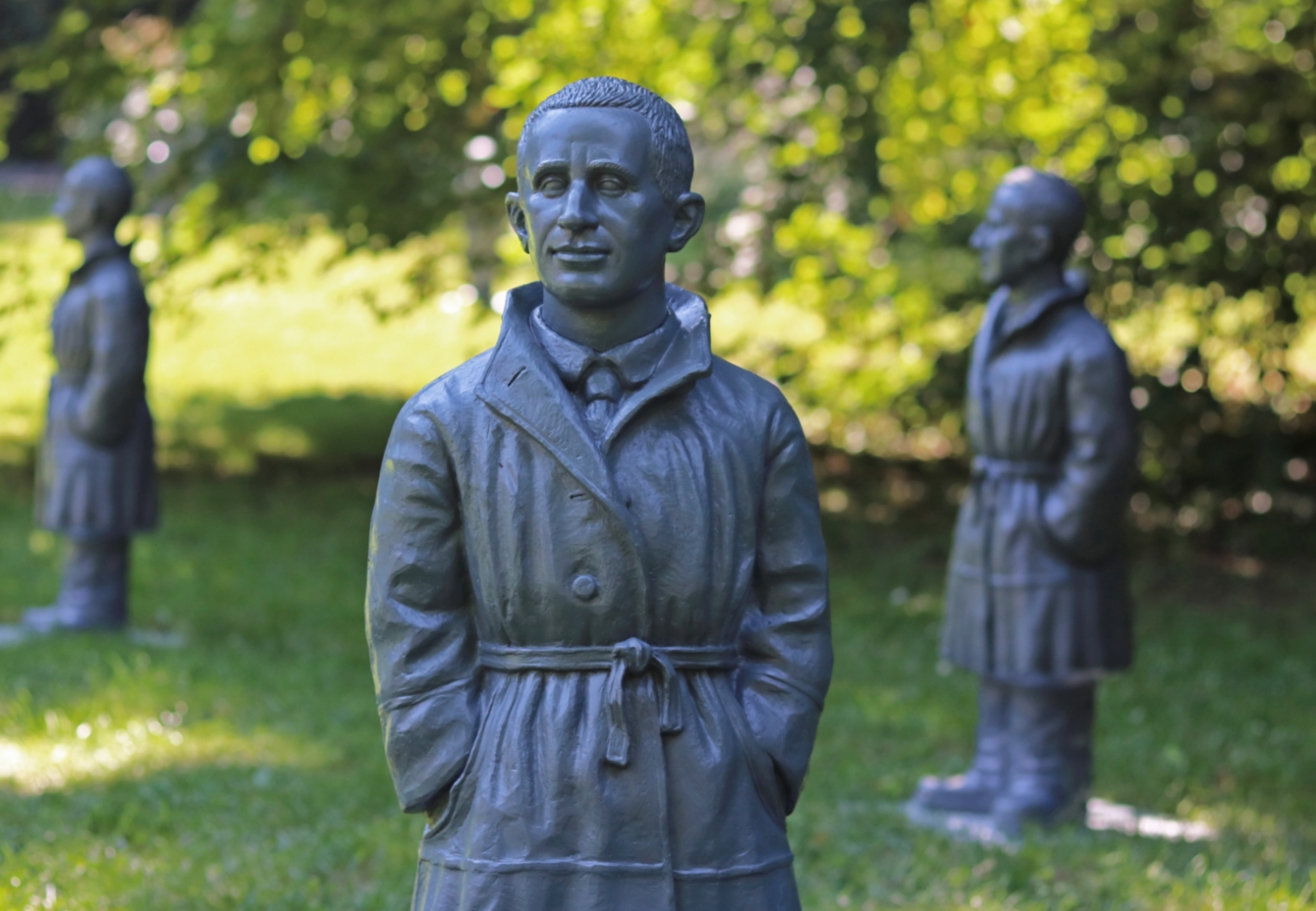 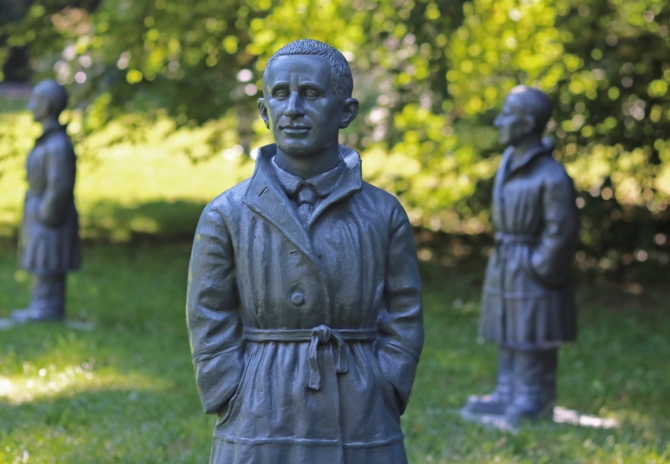 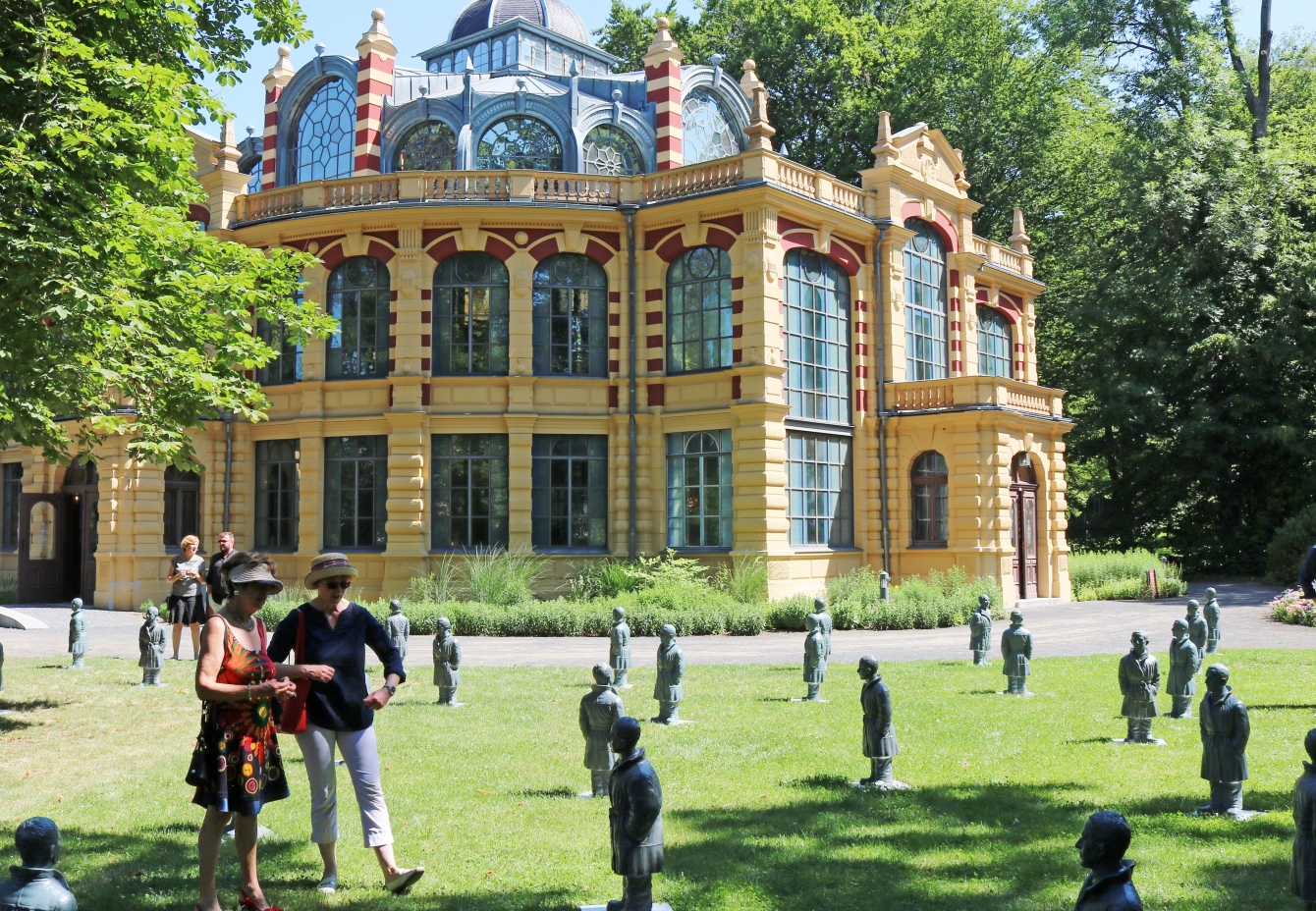 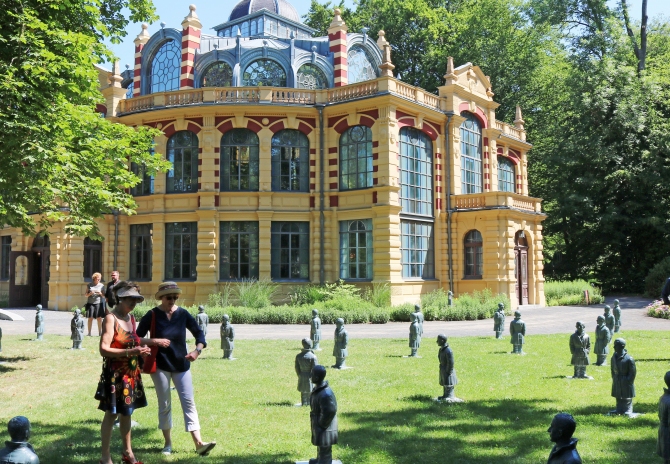 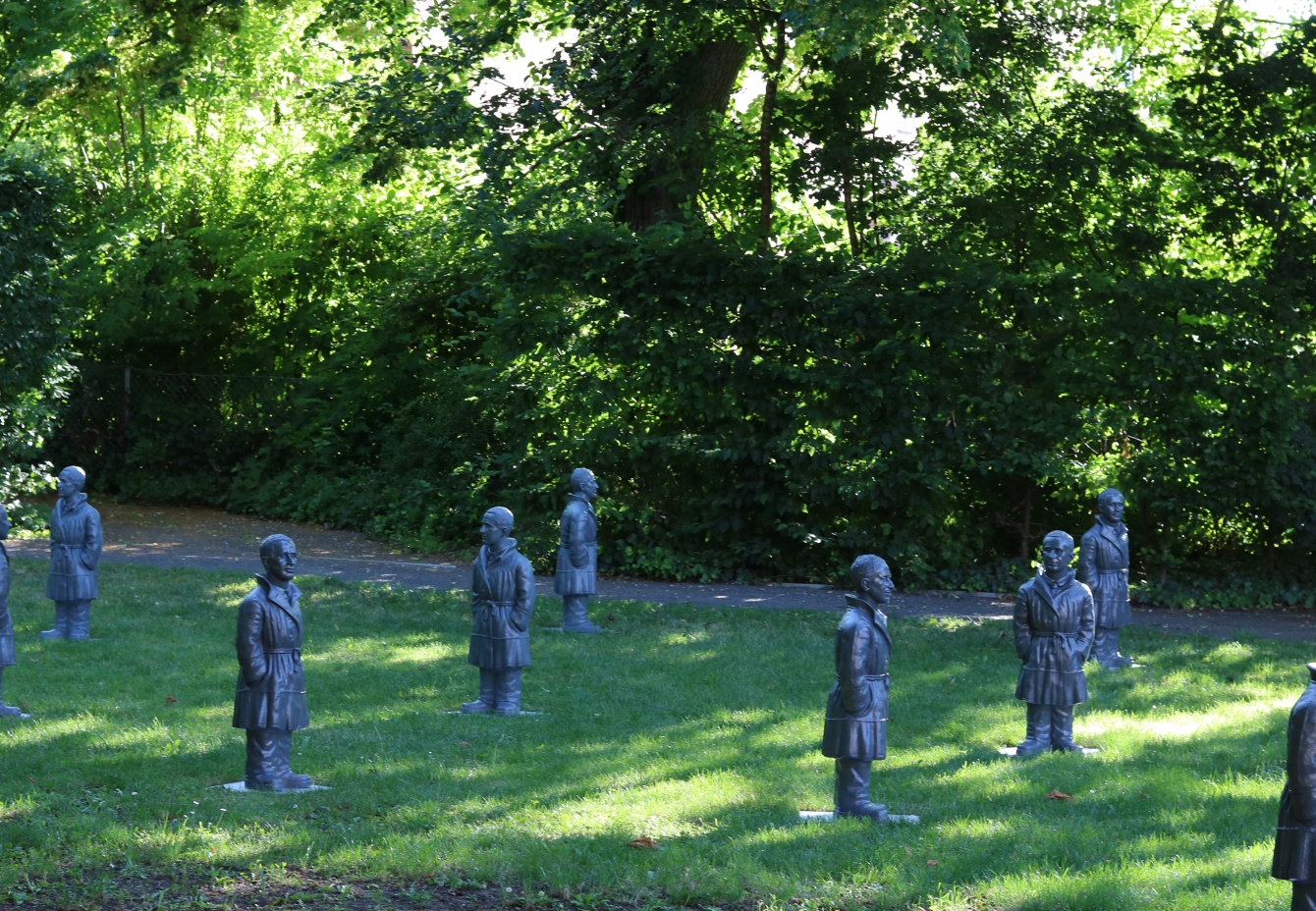 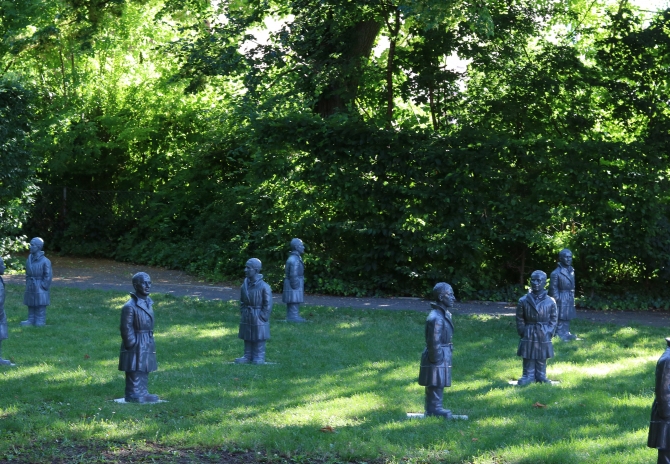