King Ludwig II of Bavaria was born at Nymphenburg Palace on 25 August 1845. The castles he built have attracted millions of visitors and inspired generations of people worldwide. The Bayreuth Festival would certainly not have been founded without Ludwig II. Thus, the ruler from the House of Wittelsbach created a sensational success story for Bavaria, Europe, the whole world, and not to forget, tourism.

To commemorate his 173rd birthday, an art installation by Professor Ottmar Hörl, the internationally renowned conceptual artist and professor at the Nuremberg Academy of Fine Arts, will be on show in the grounds of Nymphenburg Palace this summer, showing a near life-size three-dimensional portrait of the King. The multiple was modelled on the bronze bust erected in 1986 on the Herzogstand mountain (Kochel am See) at an altitude of 1,575 metres, which was one of the monarch’s favourite spots. Hörl placed a hundred serial busts on a table-like wooden construction measuring 40 metres in length, 6.75 metres in width, and 1.10 metres in height, to create a unique contemporary large-scale sculpture, where the busts are at eye level with visitors and look in different directions.

Everyone who encounters the installation becomes part of this unique artistic installation. Fans of King Ludwig II may purchase one of the multiples, and take „their own“ King Ludwig II home. Each new owner thus becomes an ambassador for Bavaria and its cultural and historical heritage. 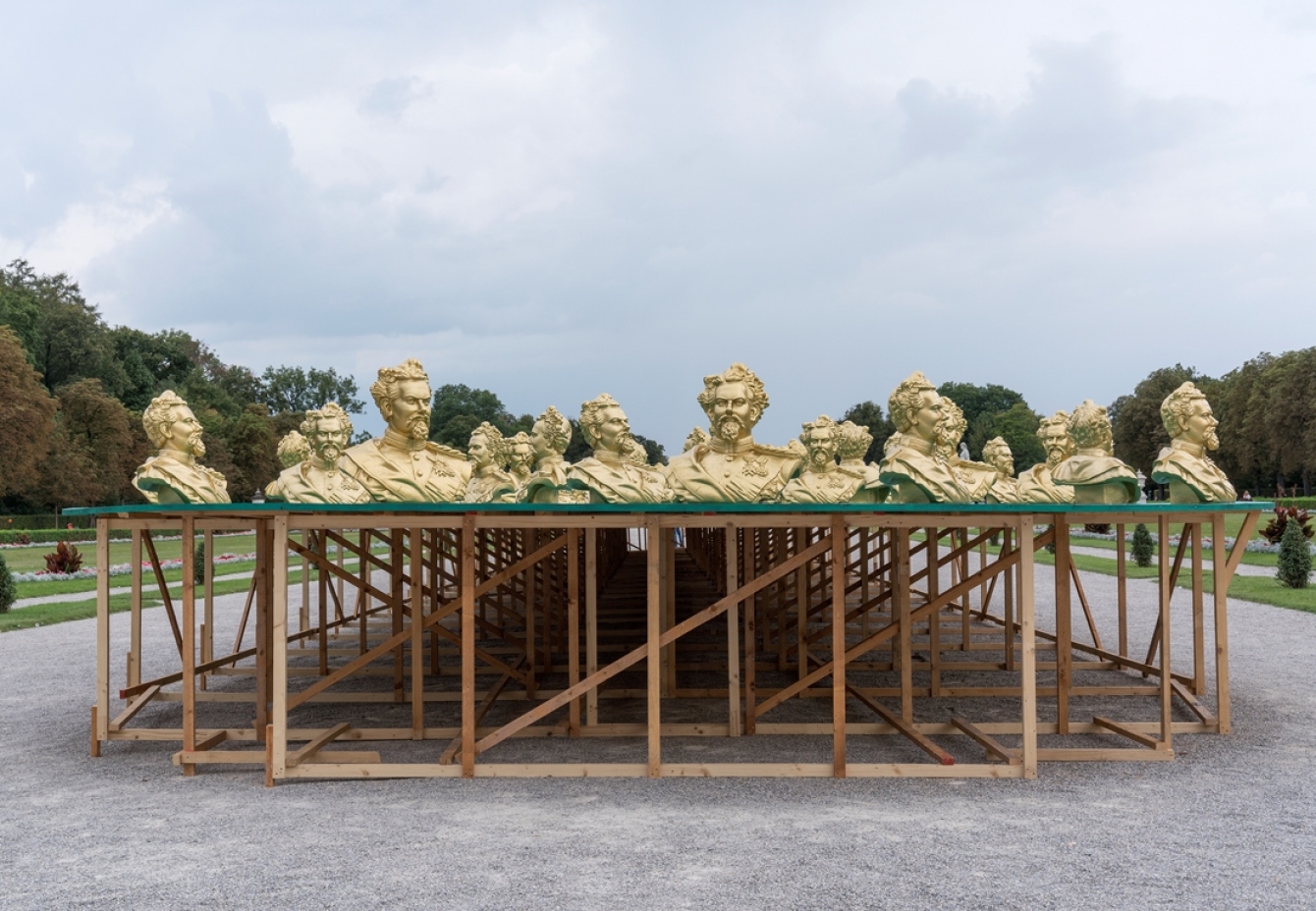 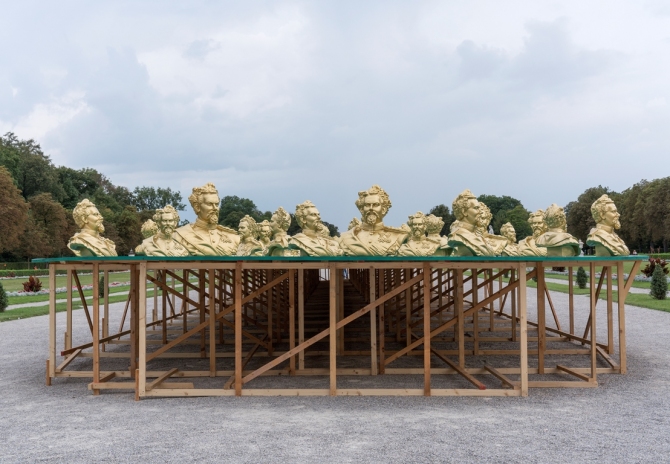 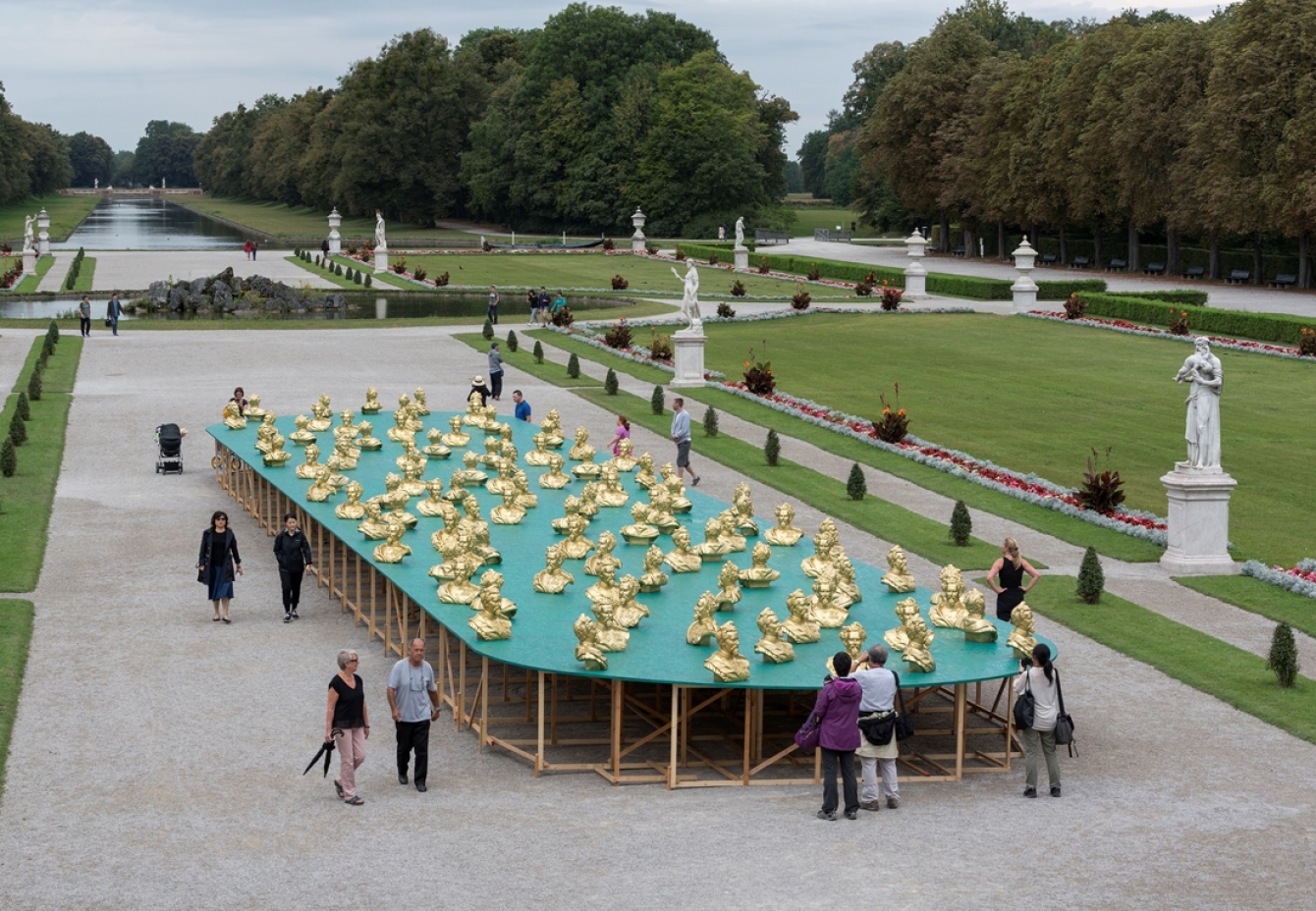 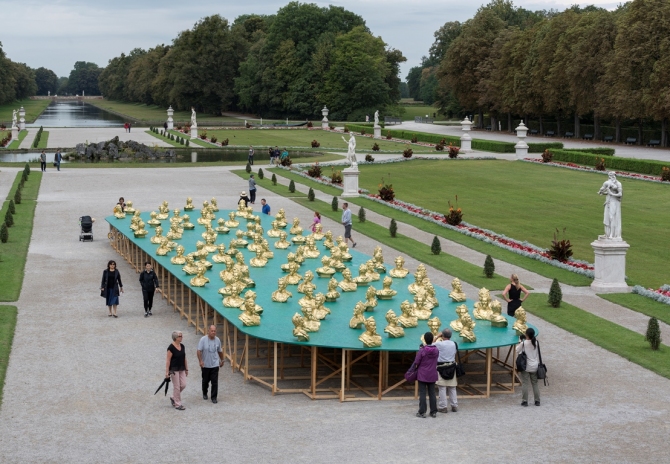 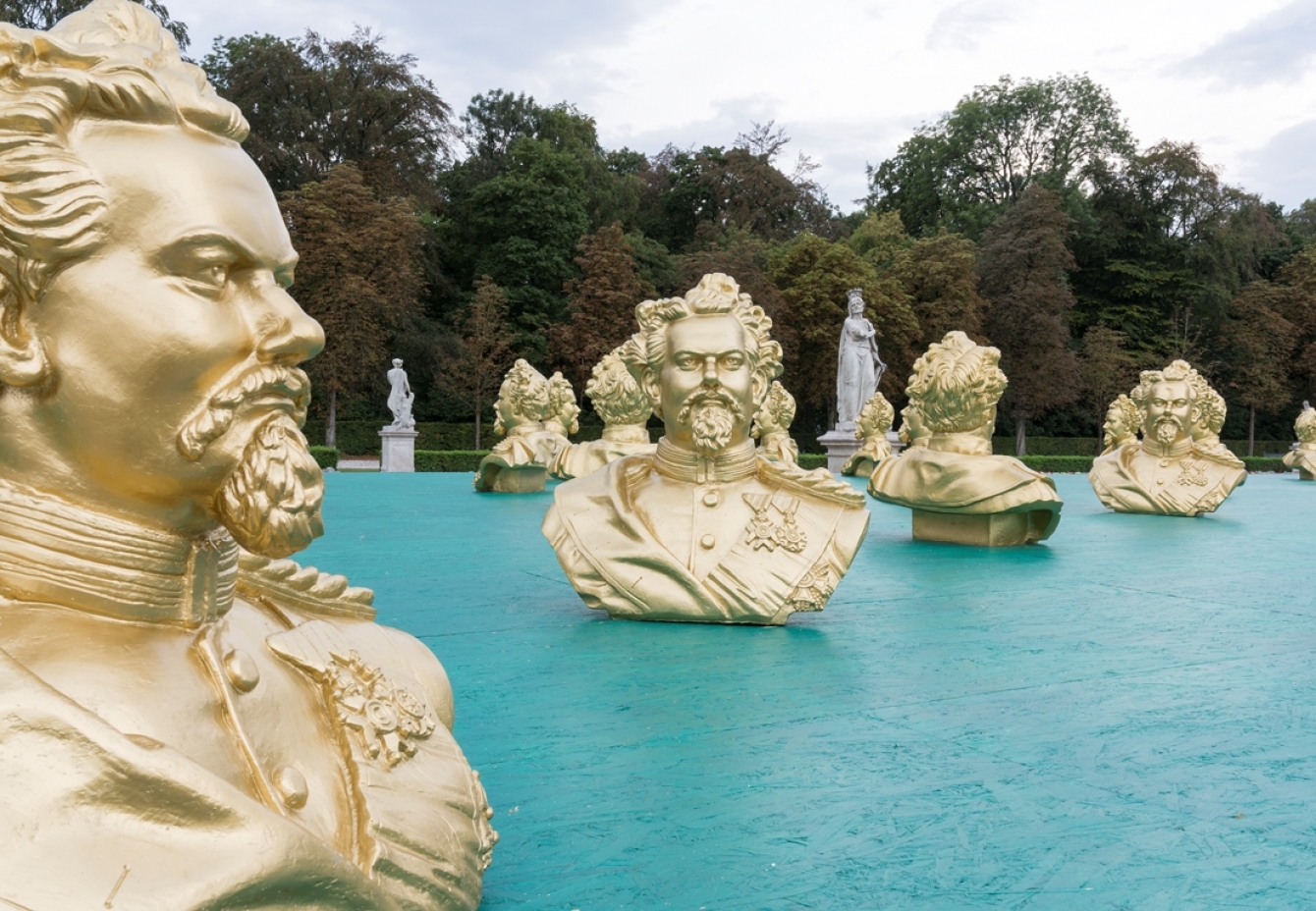 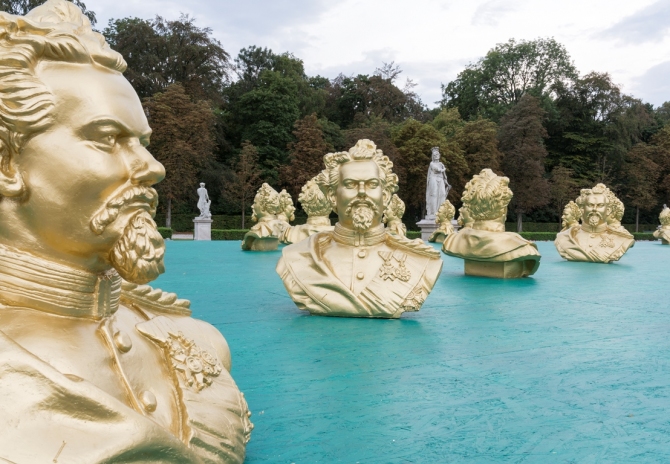 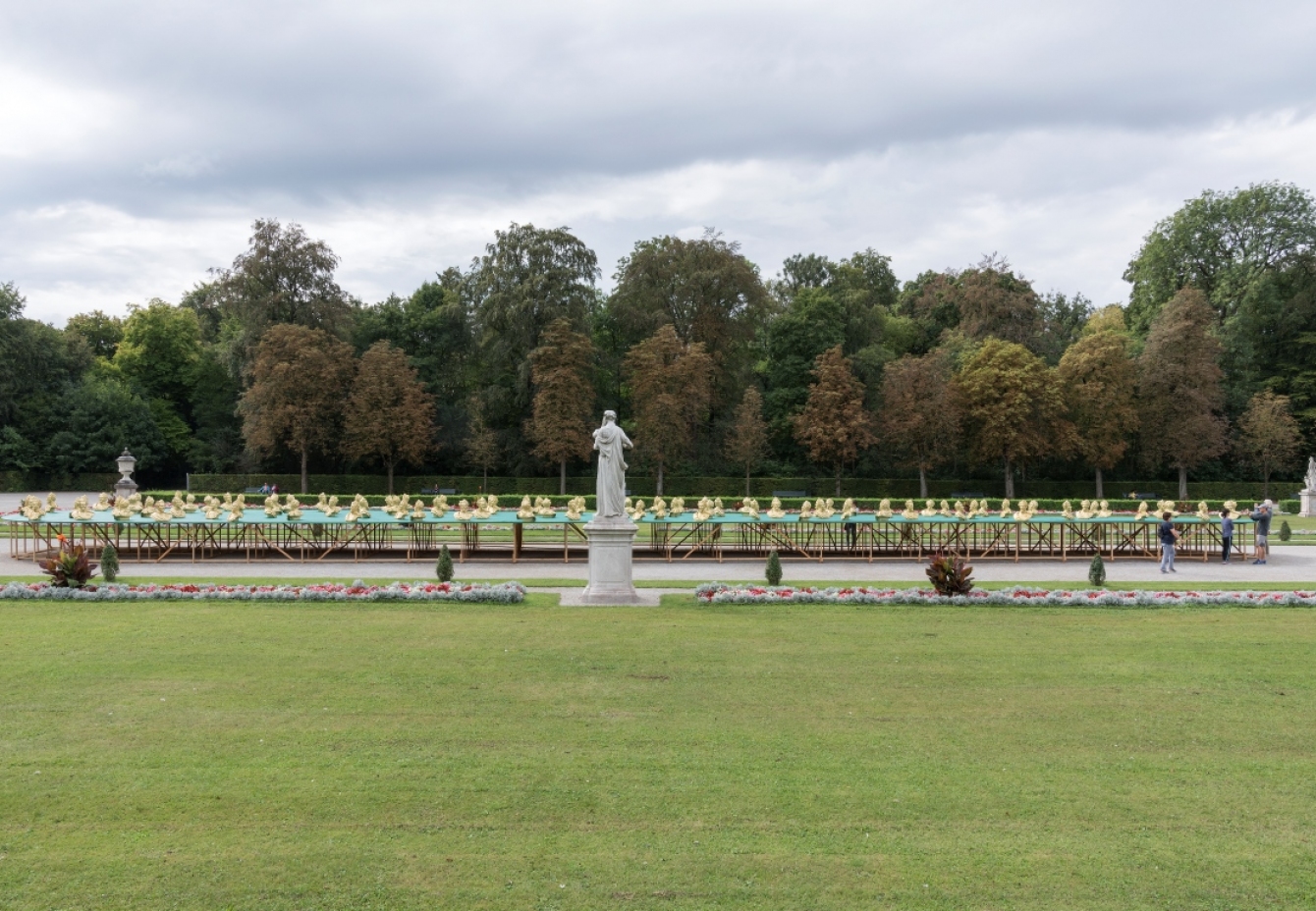 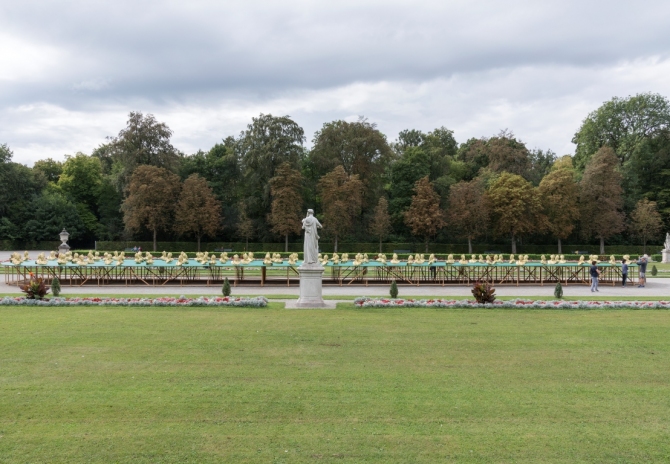 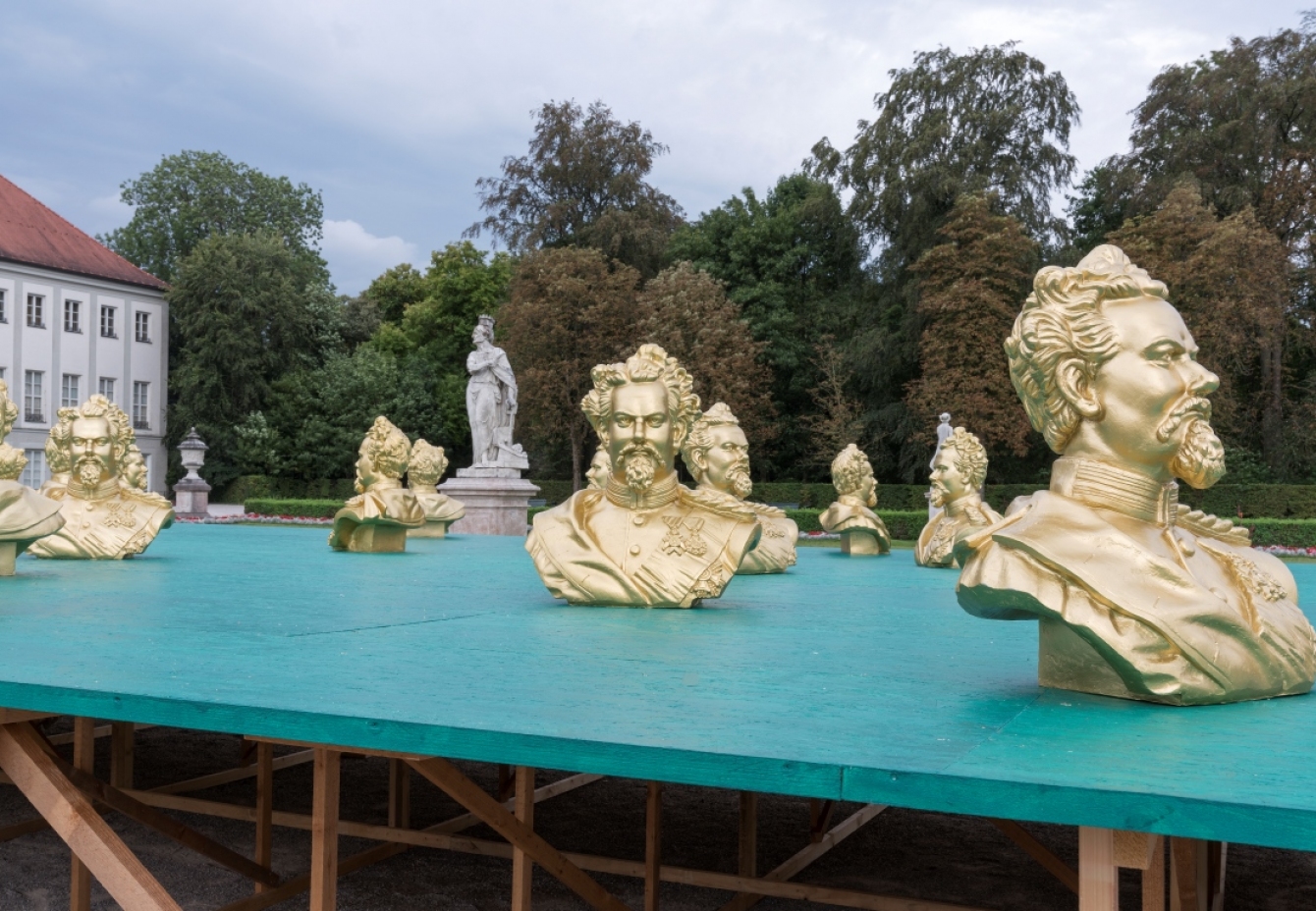 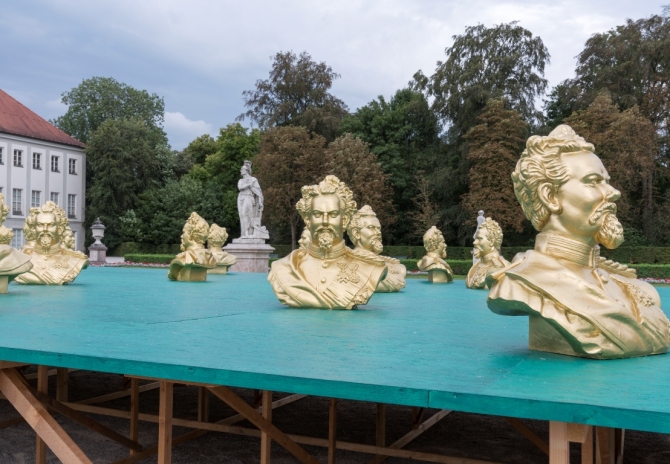 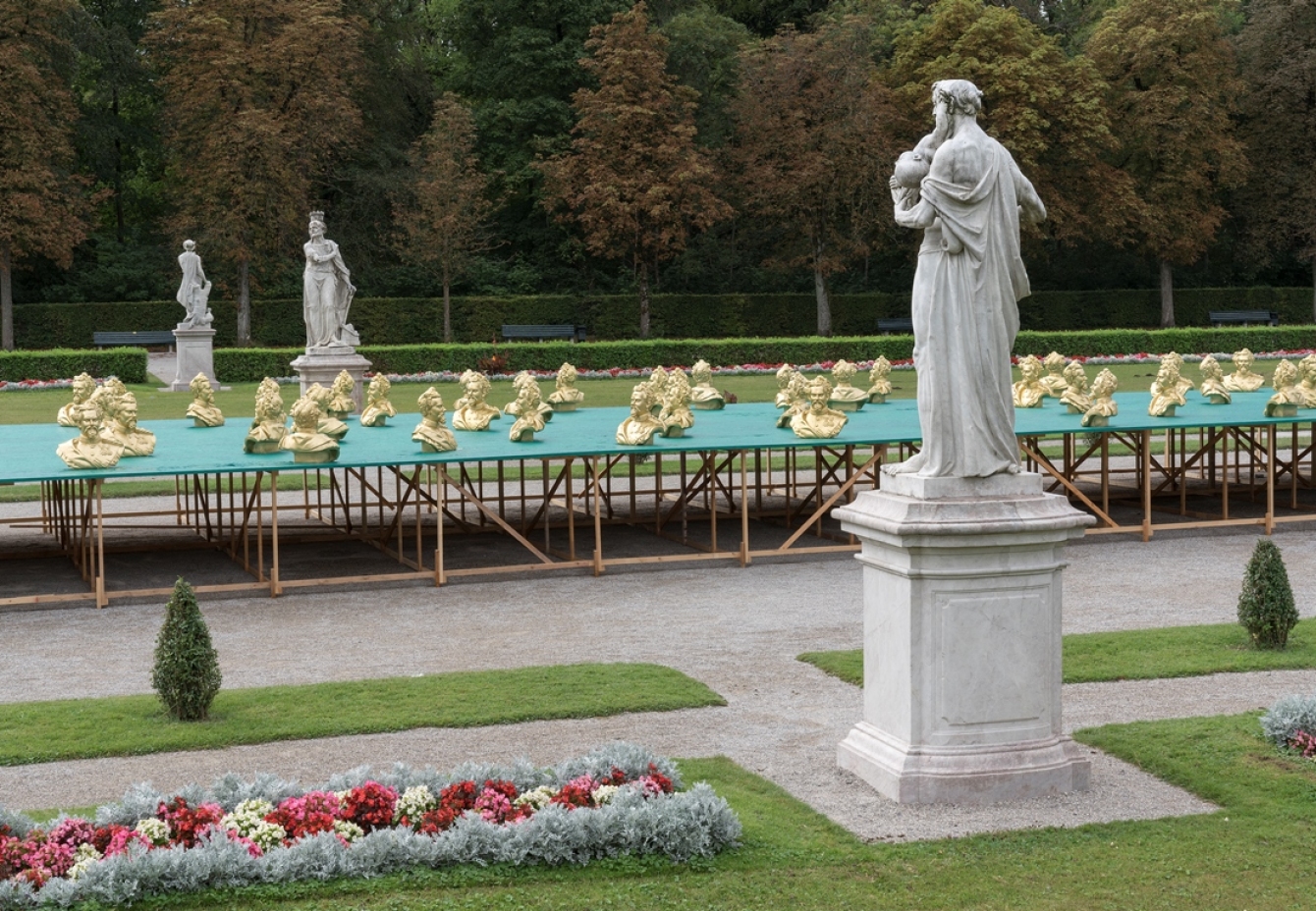 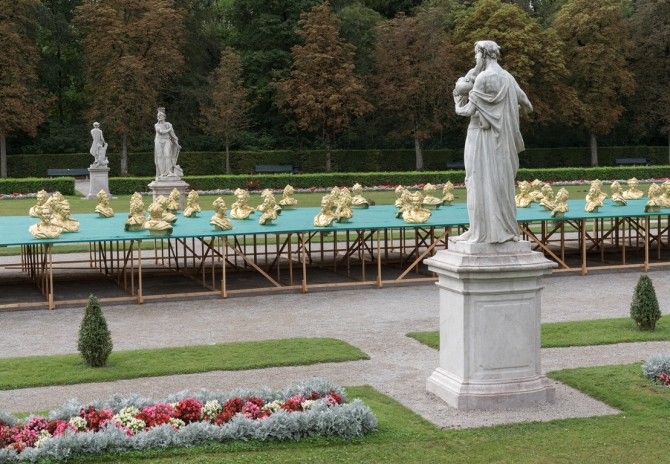