Sculptural project featuring 600 Madonna sculptures at the Kornmarkt in Nuremberg

From 1 to 17 September 2017, Ottmar Hörl realises an installation featuring some 600 golden Nuremberg Madonnas. The multiples that pay respectful tribute to the original will be turning Kornmarkt square into a temporary art location. Minister of State Dr Markus Söder has agreed to act as patron for the project.

The historical prototype dating back to around 1510 counts among the major works of art created in Nuremberg during the Dürer period. Having met with almost cult-like adoration since the 19th century, the figure carved in limewood enjoys worldwide fame. Despite extensive research, experts so far have failed to identify the name of its creator, an unknown carver from Nuremberg. Even though the Nuremberg Madonna today is regarded as a unique piece, it was not conceived as a separate work. It is part of the Crucifixion group designed for the Nuremberg Dominican Church and consisting of three figures: Christ on the cross, with St John and the Virgin Mary mourning at his feet.

After part of the Dominican Church's side aisle collapsed in April 1807, the entire building was demolished. Movable works of art were recovered from the derelict edifice, and taken to other churches and buildings in Nuremberg. The Madonna from the Crucifixion group ended up as a model for art students training at the Nuremberg drawing school, which occupied rooms in the Imperial Castle at the time. Since 1880, the figure has been kept at the Germanisches Nationalmuseum, on permanent loan from the City of Nuremberg

he Nuremberg Madonna is captivating for its elegantly curved posture and its youthful air. With hands clutched in front of her chest, her head leans slightly to one side, once looking up at her son hanging dead on the cross. Even as a single figure, it fascinated art lovers, especially in the 19th century, as the epitome of a woman mourning gracefully and quietly. Casts, replicas and prints of the Madonna were widely distributed. Here are some examples:

The artist Albert Christoph Reindel was one of the first to take an interest in the extraordinary statue of the Virgin Mary, which was to become famous as the Nuremberg Madonna. In 1811, Reindel had become the director of the Nuremberg academy. Reflecting the taste in art prevalent at the time, Reindel assembled a collection of ancient plaster casts that were to serve as models for drawing students at the academy. What is remarkable is the fact that Reindel was not only interested in works from classical antiquity but also looked for pieces from Germany dating back to the Middle Ages. This is how artworks that used to belong to churches in Nuremberg came to be used as drawing models at the Imperial Castle. The Nuremberg Madonna was one of them.

In 1828, Reindel himself created an engraving after this figure, which, in 1829, appeared as an illustration in a popular tourist guide for women listing Nuremberg's sights. Reindel's students also made drawings and copies, for instance, Jakob Daniel Burgschmiet, who produced a smaller alabaster version in 1824, which is part of the art collection of the City of Nuremberg today.

To mark the inauguration of a monument to Albrecht Dürer unveiled in Nuremberg in 1840, the Albrecht Dürer Society organised an exhibition featuring major works of art from the Dürer period, an exhibition that received much attention. A copy after a Nuremberg Virgin Mary created by Bernhard Afinger caught visitors' eyes. Daniel Rauch, the Berlin sculptor, was won over by its quality. He recruited Afinger as an assistant for his workshop. From then on, copies of the Nuremberg Madonna were available for purchase in Berlin.

Moreover, demand for loans of the original for special exhibitions was growing. Unlike hardly any other work of art, the Nuremberg Madonna embodied the romanticised concept of medieval German art. Along with figures such as the Bamberg Horseman and Uta of Naumburg, the Nuremberg Madonna became part of the canon of middle-class educational commodities, also involving miniature copies of these sculptures being placed in private houses and staterooms. Wilhelm Grimm's study was also equipped with a Nuremberg Madonna, as a watercolour by Hoffmann shows.

In 1880, the original was given to the Germanisches Museum and included in the permanent exhibition, it is mentioned in the museum guides and during guided tours. It was probably around this time that a Nuremberg Madonna turned into the Nuremberg Madonna.

During the inflation period, the Madonna was printed on vouchers for the Nuremberg trams. In 1923, Reclam published a short novel about a private scholar who, by way of "metempsychosis", meets the carver of the Nuremberg Madonna. The carver tells him about the – purely fictional – genesis of the wood sculpture. In 1952, the Nuremberg Madonna's head appeared on a German special issue stamp. Popular products such as these further increased the high profile and fame of the figure. For more details, see Matthias Mende: Die Nürnberger Madonna, Mitteilungen des Vereins für Geschichte der Stadt Nürnberg, Nuremberg 1969, pp. 445-490. 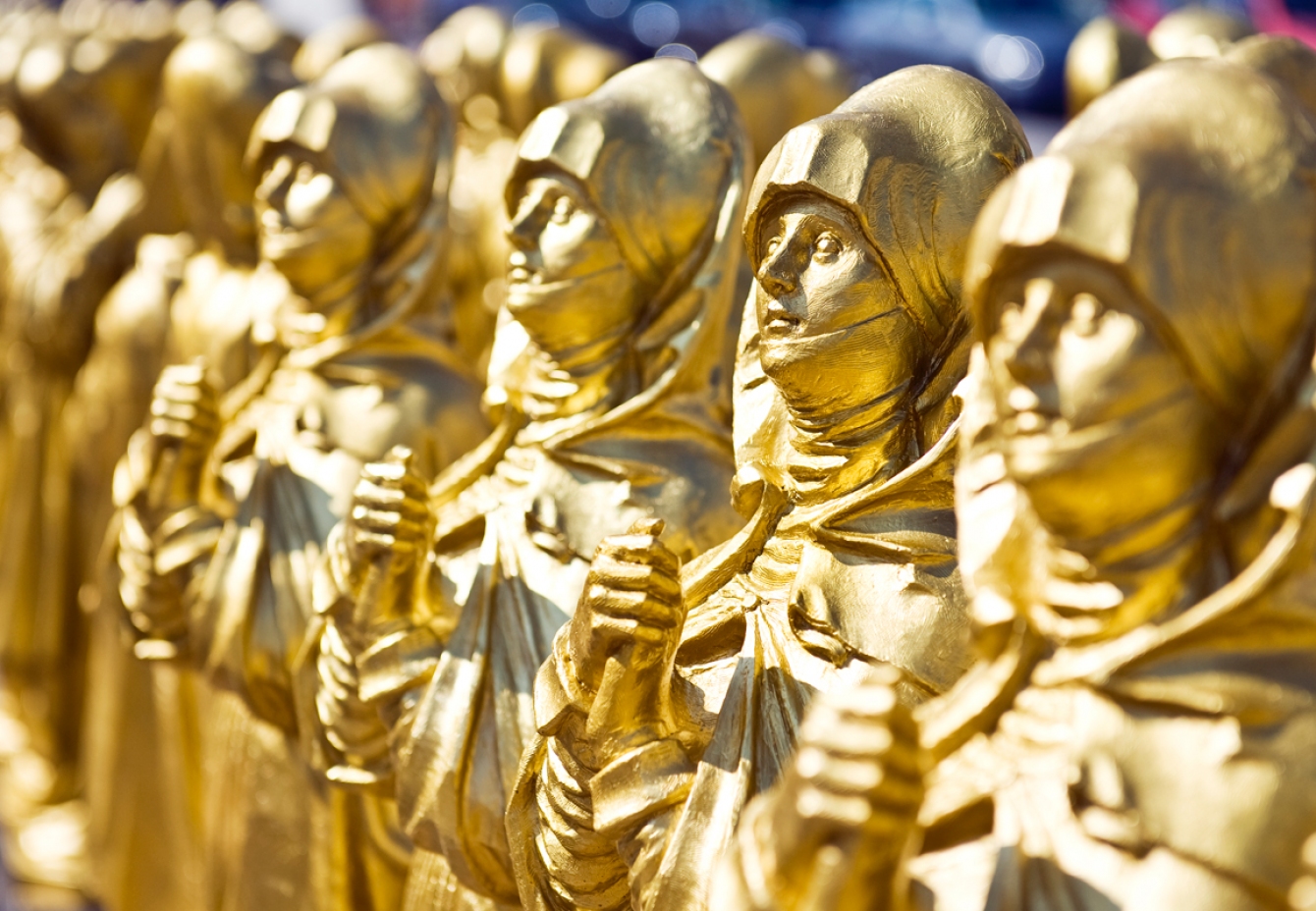 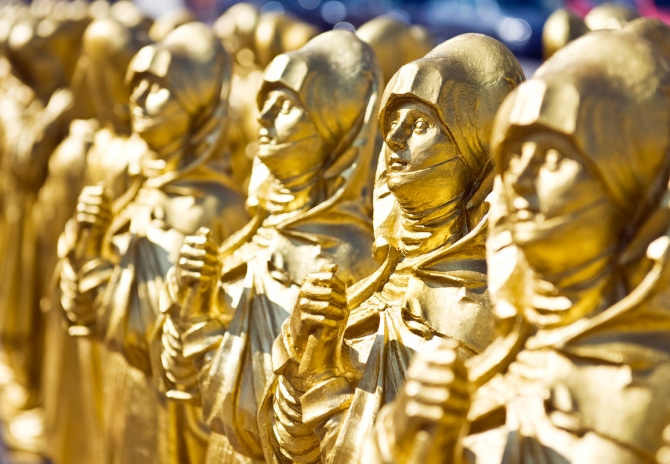