Please note that the times indicated by us for shipping to non-EU countries with DHL are based on the standard delivery time. Due to the current political situation in Russia and Ukraine, the shipping time is currently significantly higher (30 days and more)!

In 2015, the German federal state of Hesse is in charge of organising the celebrations to commemorate the 25th anniversary of the German reunification. On this occasion, the Hessian State Chancellery has invited Professor Ottmar Hörl to develop an art installation featuring serial sculptures for the "Overcoming Boundaries" project.

For the project, Ottmar Hörl adopted, and reworked, the well-known East German Ampelmännchen, or traffic light manikin, first developed by Karl Peglau in 1961. Hörl turned the two-dimensional pictogram of a little green man into a three-dimensional serial monochrome figure, carved in the round and standing 38 centimetres tall – the Einheitsmännchen, or Unity Man: cosmopolitan, friendly, and with a positive outlook for the future, smiling, holding out his hand in an attempt to meet you halfway, full of energy, dynamic, courageous, and advancing with determination.

Up to 1,000 multiples of the Einheitsmännchen (Unity Man) act as ambassadors touring Germany between April and October, and involving as many people as possible in a cultural discourse. Starting out in Wiesbaden, they stopped by in Berlin, Hofgeismar, Schwerin and Stuttgart. They are finishing off their tour of Germany in Frankfurt/Main, where they are on show in the city in the context of the festivities to commemorate 25 years of German Unity. 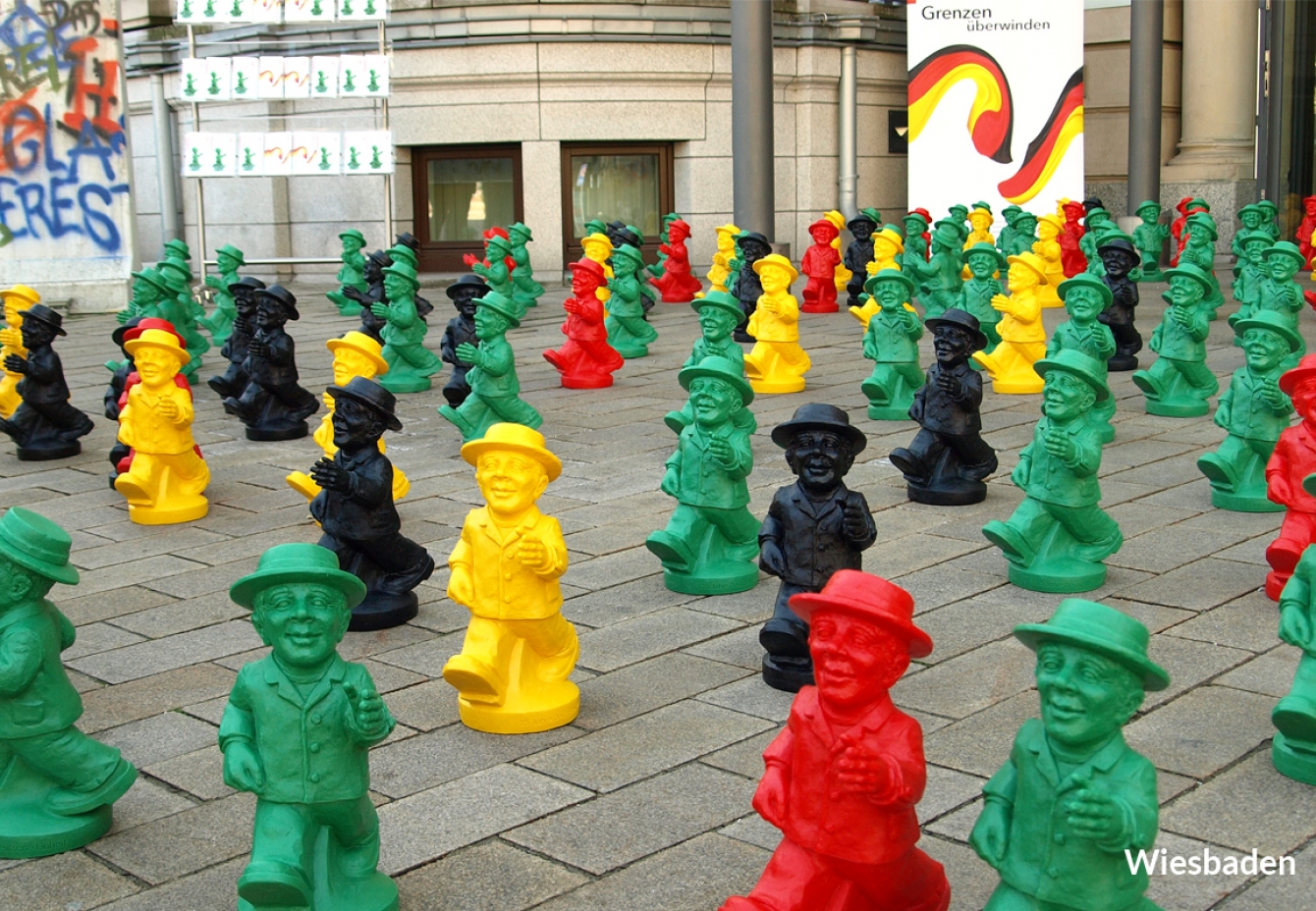 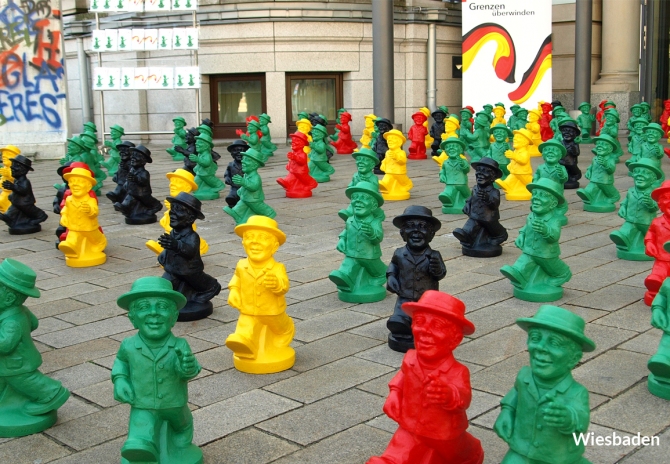 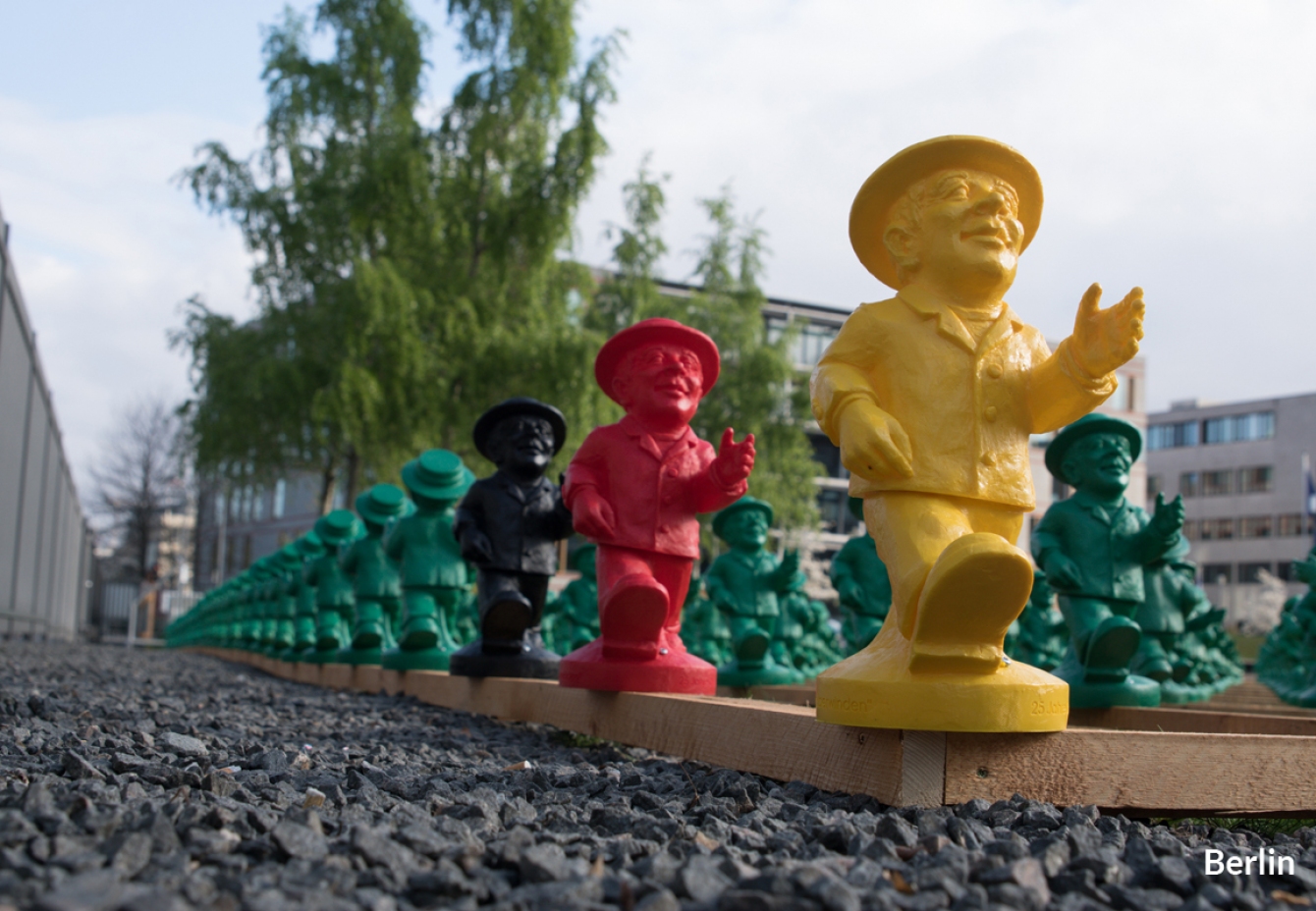 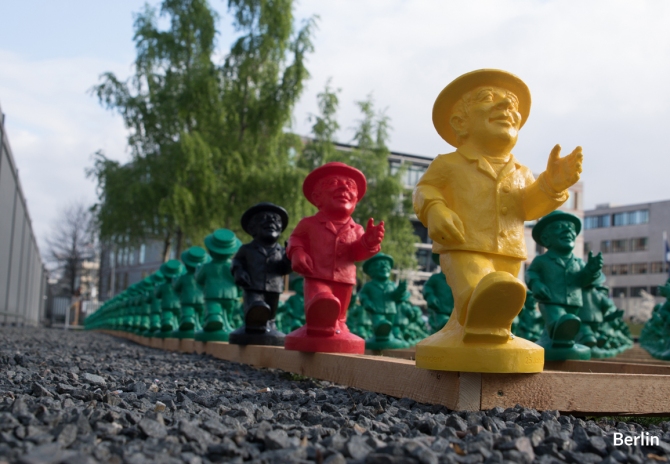 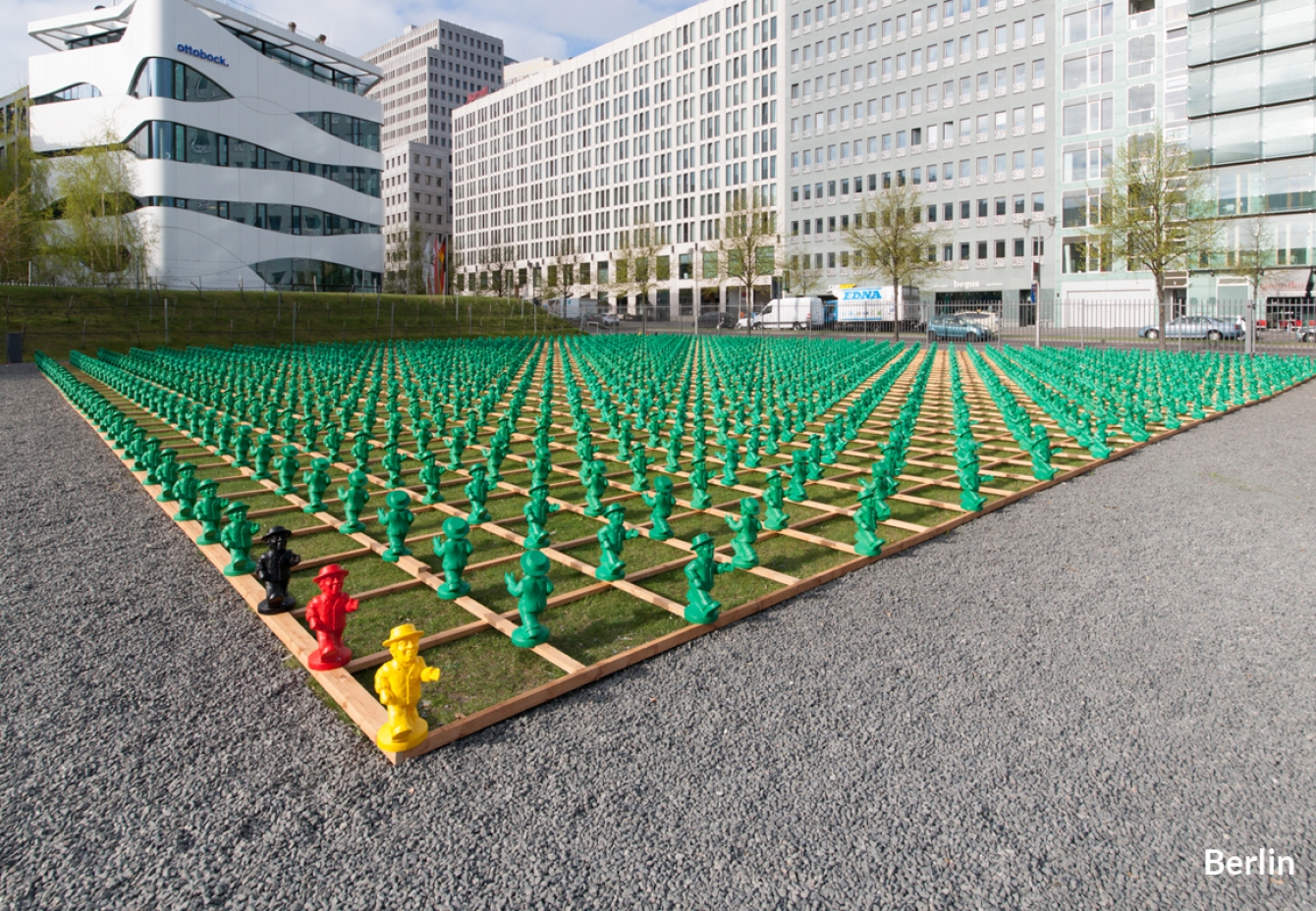 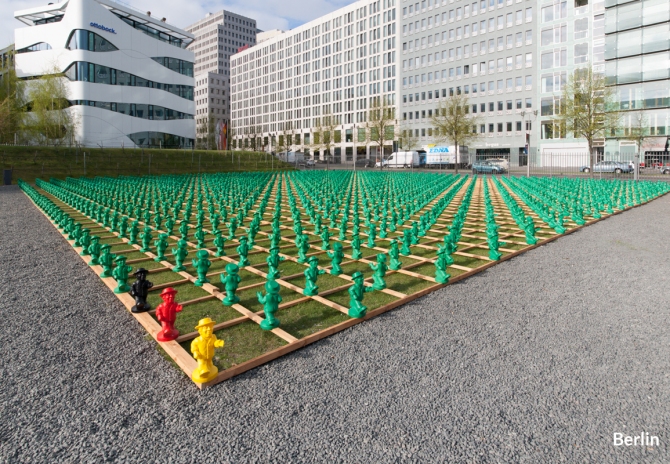 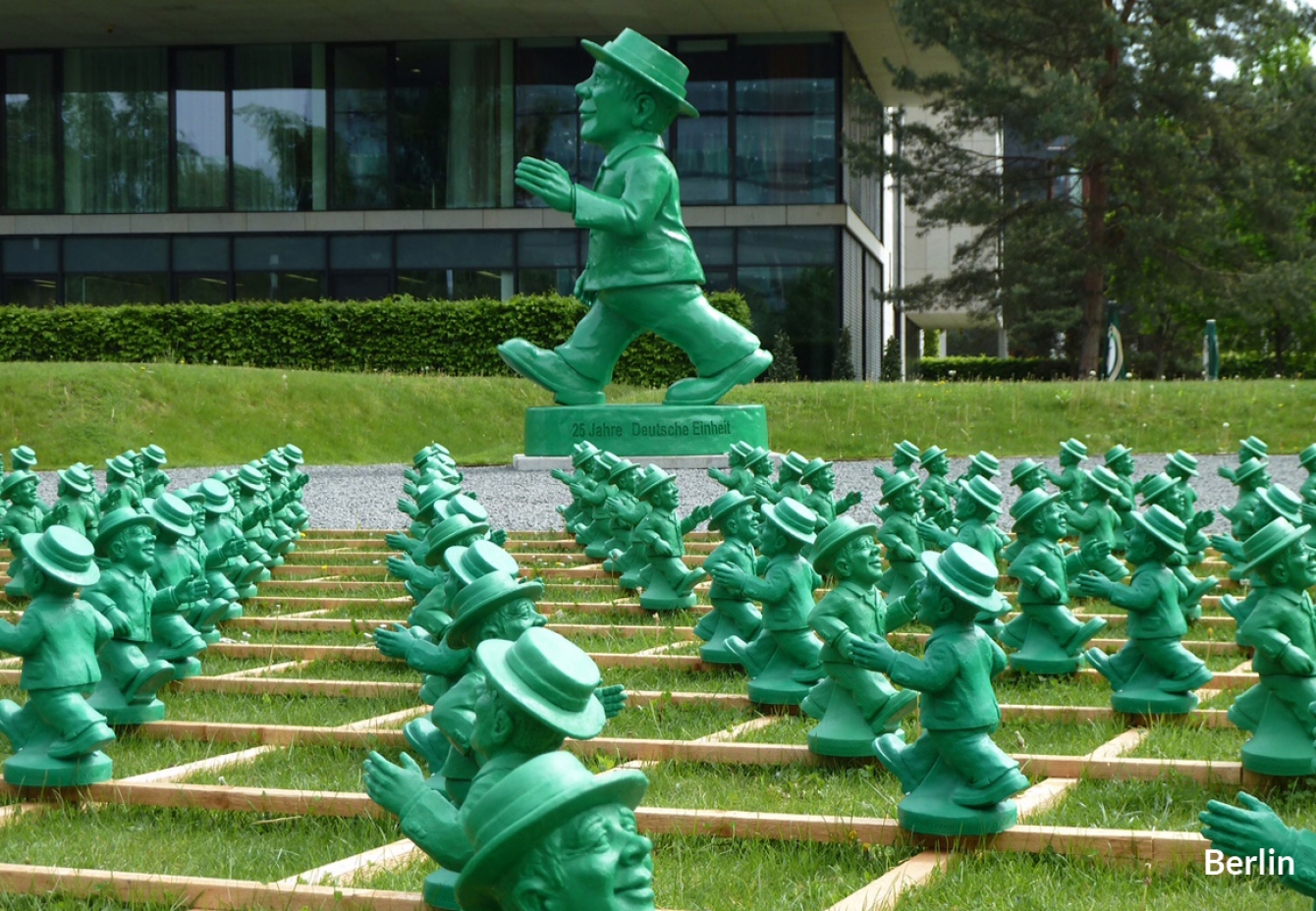 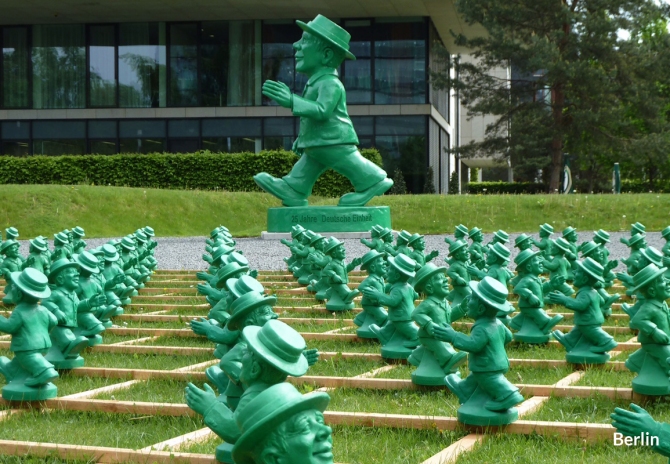 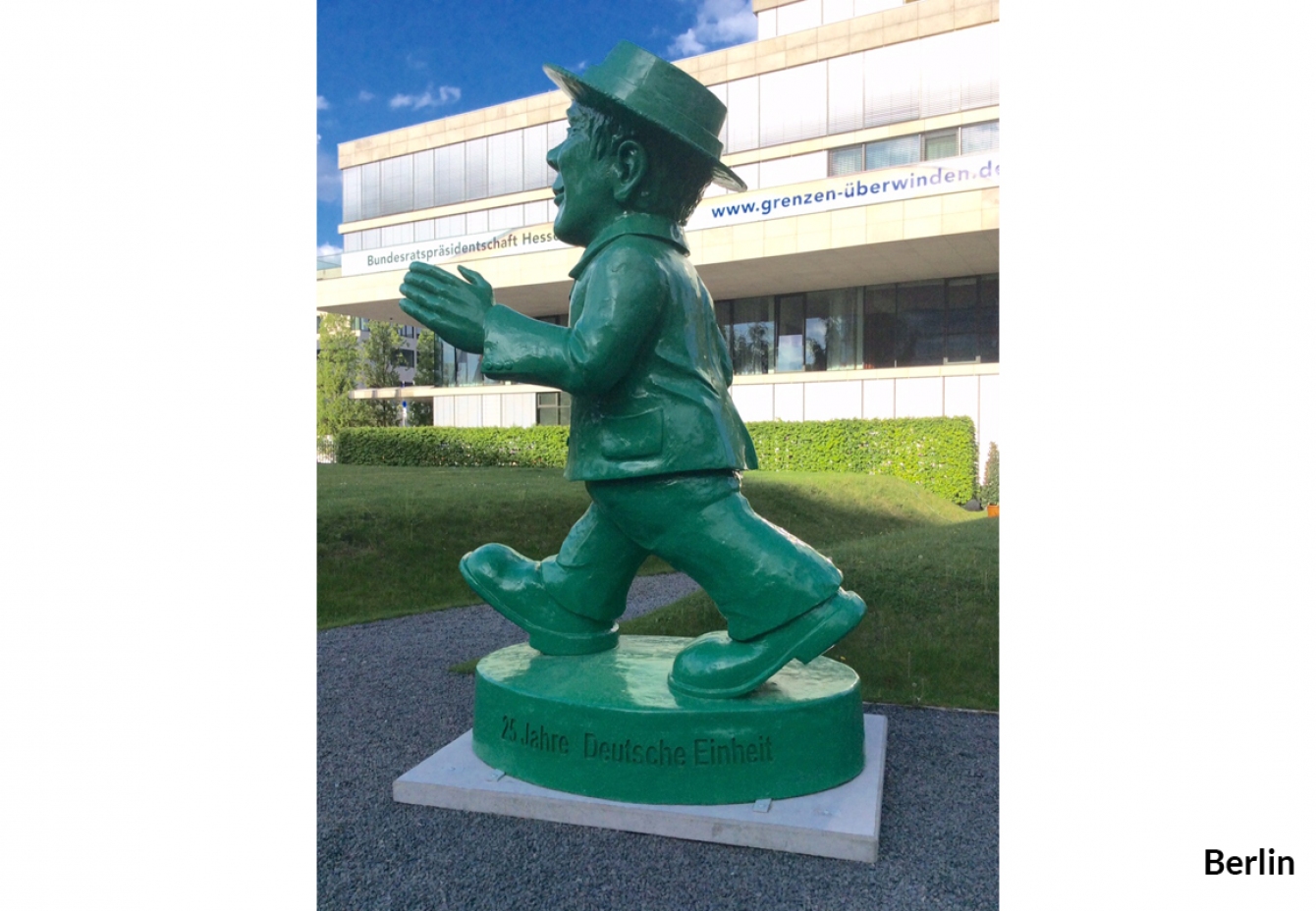 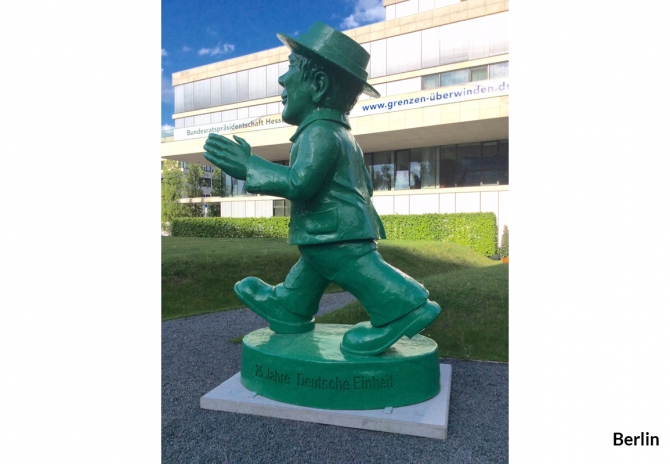 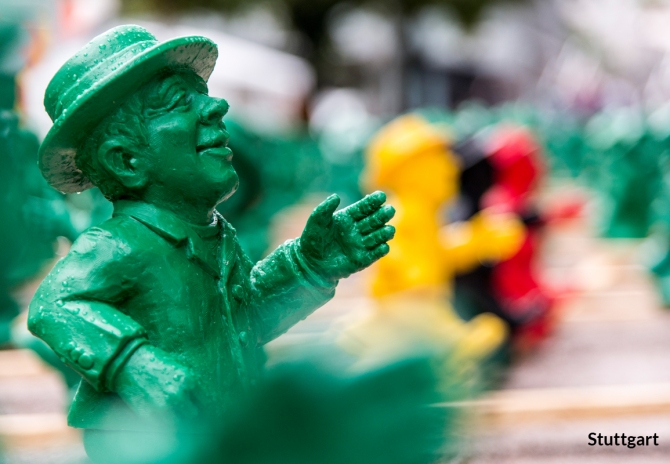 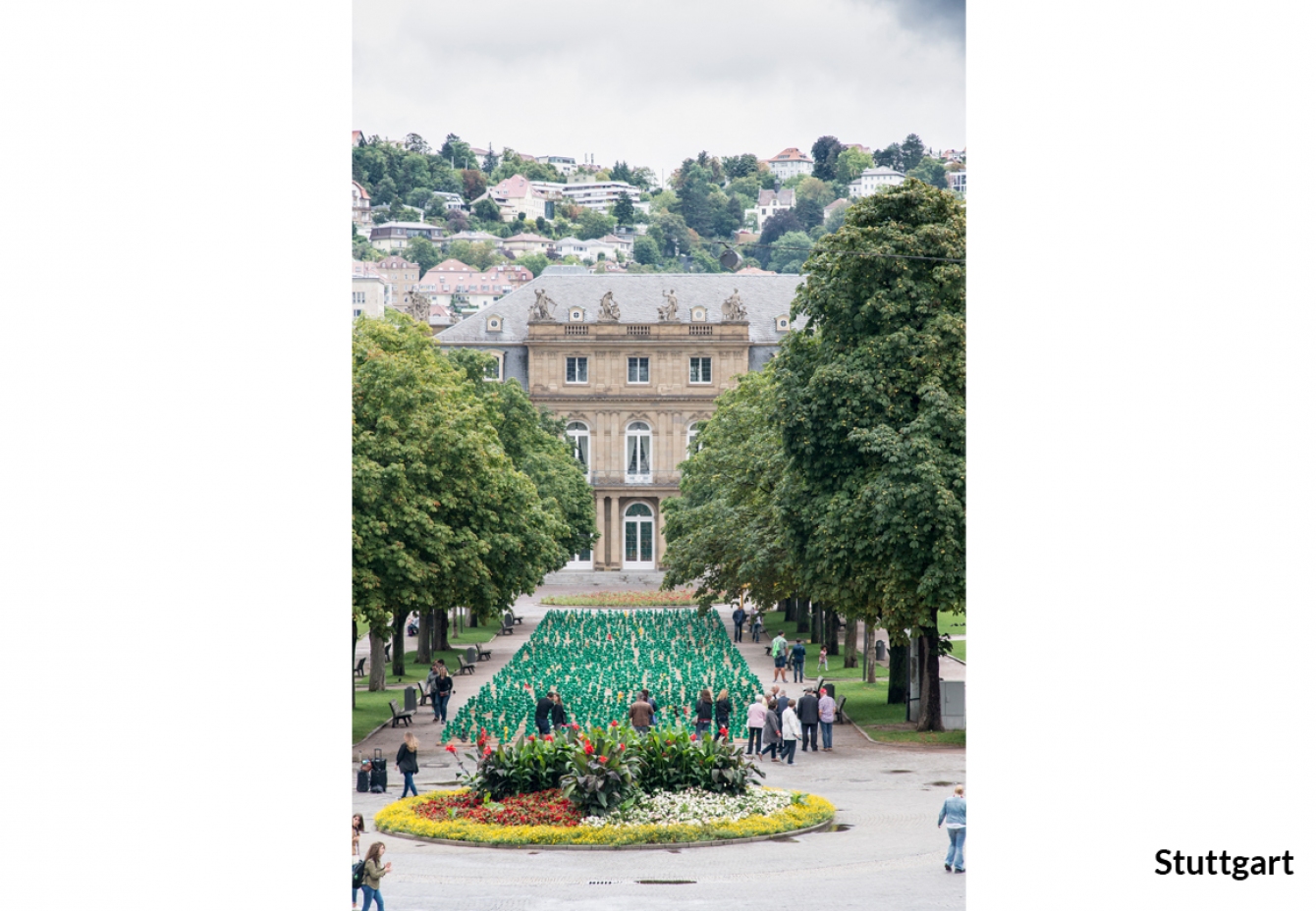 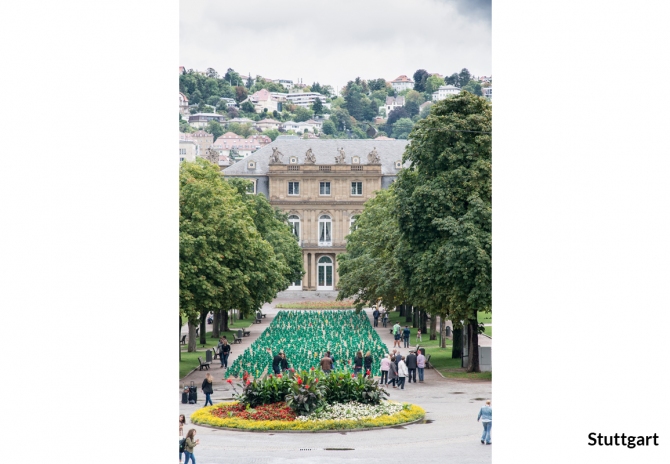 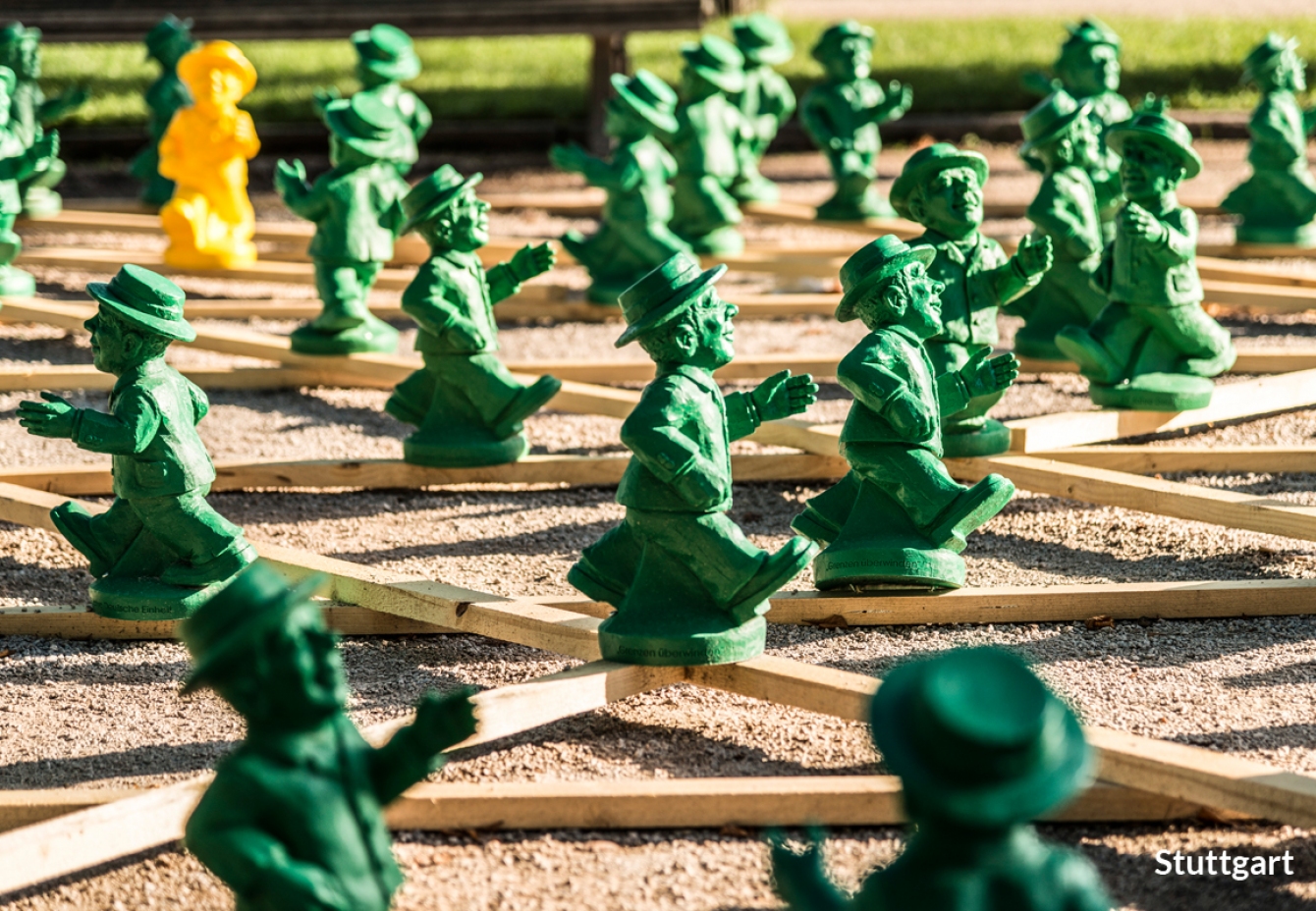 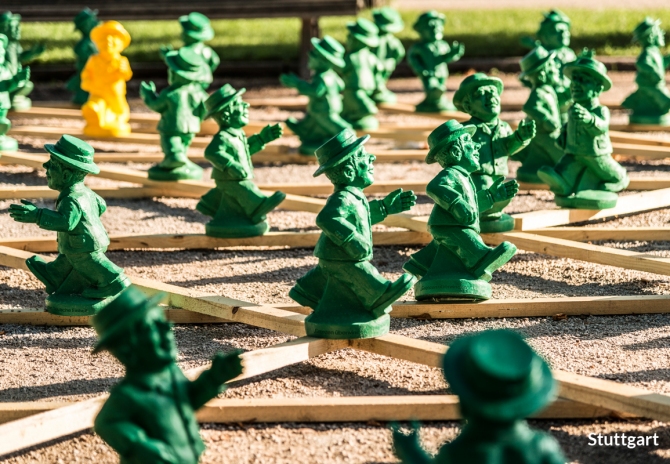 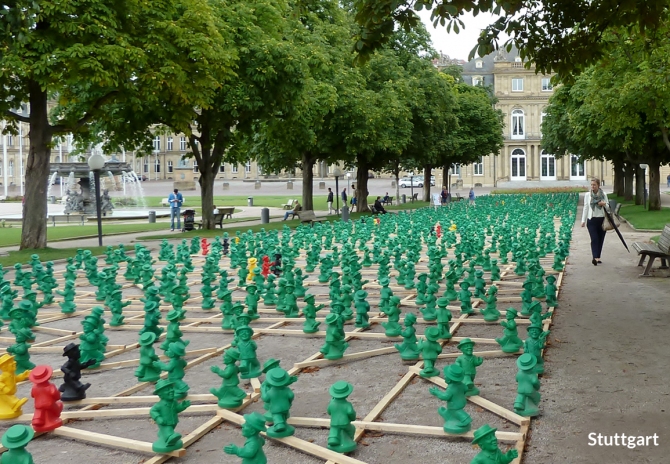 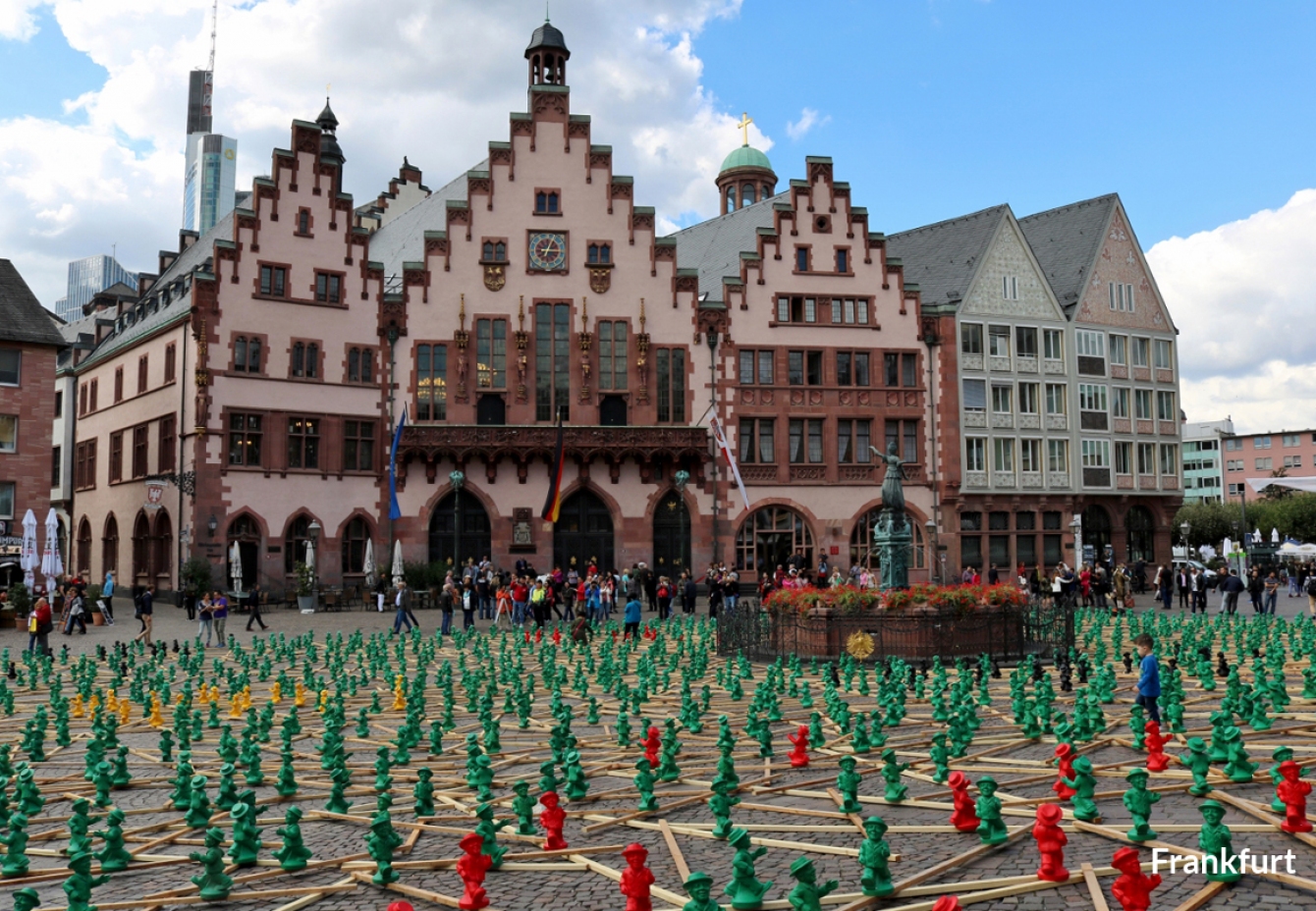 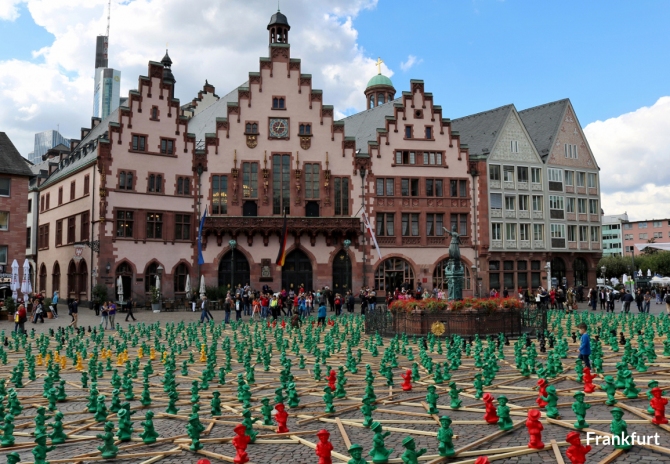 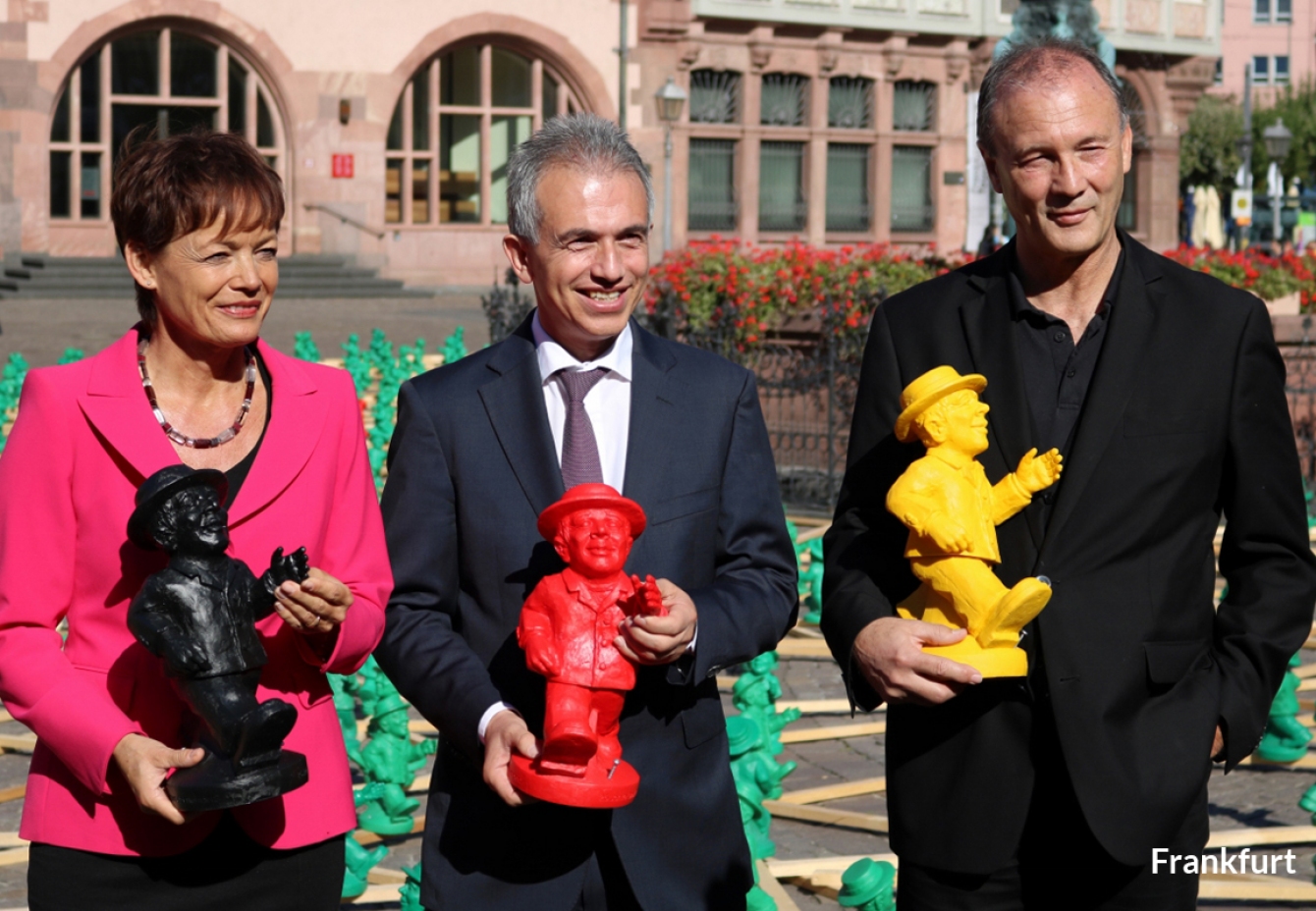 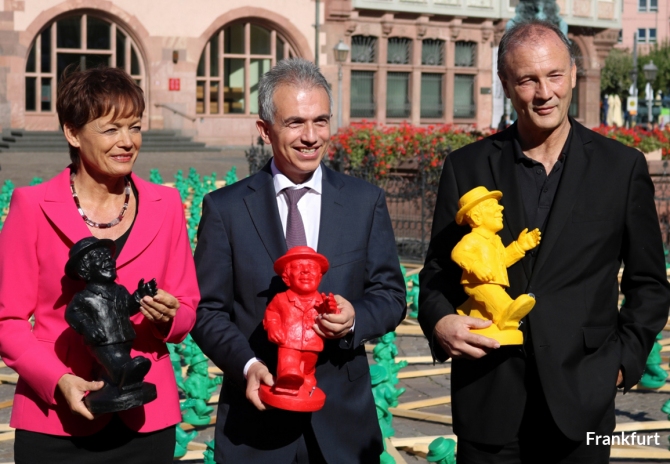