Do they come from a galaxy far away? Are they time travellers, have they just come back home from space or are they aliens? What kind of beings might actually be hidden in the monochrome space suits, remains a mystery, is left to our imagination to figure out. Having hardly landed, the little astronaut creatures are off in all directions, making contact with us, holding out their hands to visitors for a friendly handshake and putting a smile on their faces.

The scene of this sculptural invasion created by Ottmar Hörl is the Forum Kunst in Rottweil. This variable installation entitled "Grüßt Euch!" [Hi there!] made up of serial astronaut figures is turning the white cube of the art space into a place for observation and encounter, bringing to mind associations of science fiction films and legendary pioneering work in space flight, for instance the first landing on the moon. "We Came in Peace For All Mankind", is the message the Americans left there in 1969.

People continue to be fascinated by the unknown, enthralled by the undiscovered calling them to faraway worlds. Dealing with the unfamiliar or the unknown is not only one of the requirements for innovation, but also an ambivalent fundamental experience of human existence as such. Extraterrestrial life forms have yet to be discovered. However, how do we act in the face of alien civilisations invading our own area of life? Even in the 21st century, the clash of foreign cultures seems a very complex undertaking, permeated by conflicting feelings and conceptions. It is exactly at this interface between cognitive science and philosophy, between art, society and science, between the present and the past, that Hörl's artistic interventions take place. He invites us in an undogmatic, playful manner to question points of view and reflect on highly topical issues such as an open-arms policy. 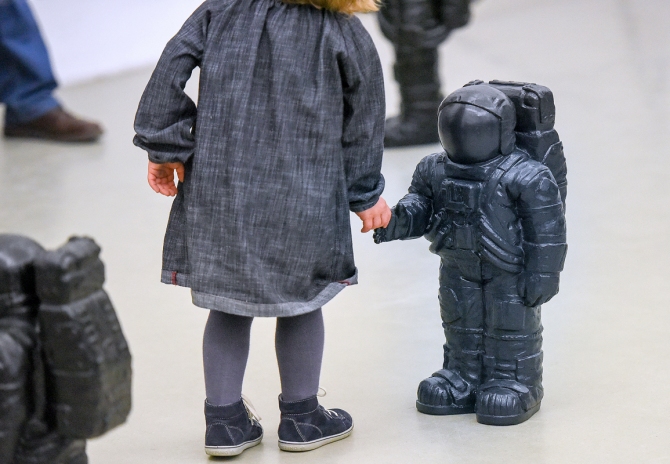 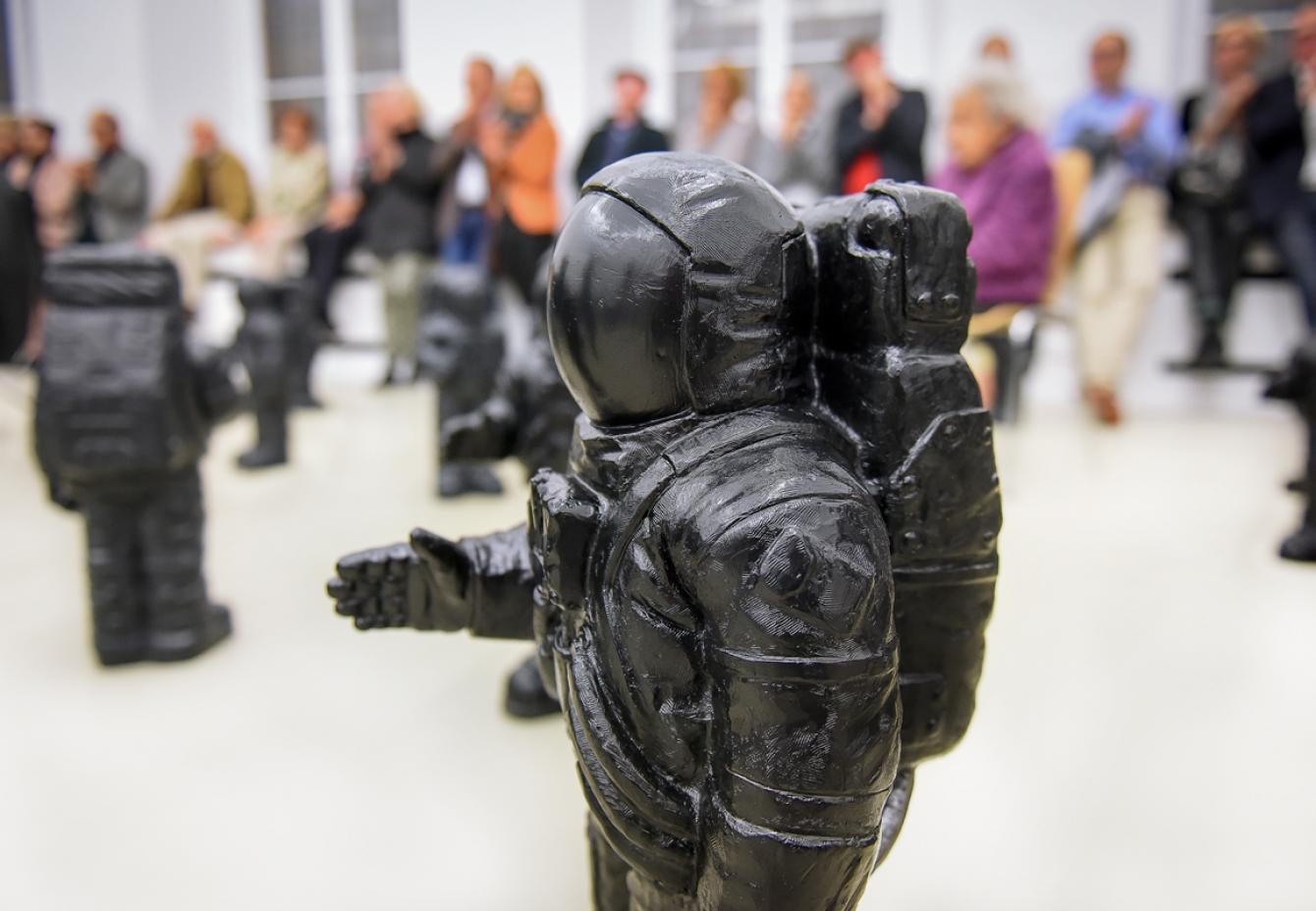 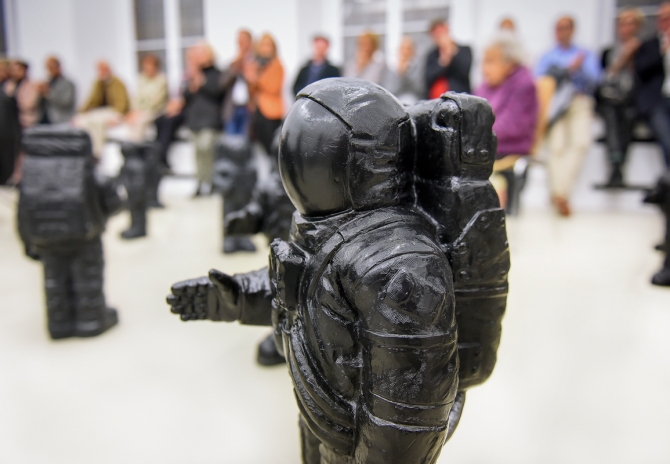 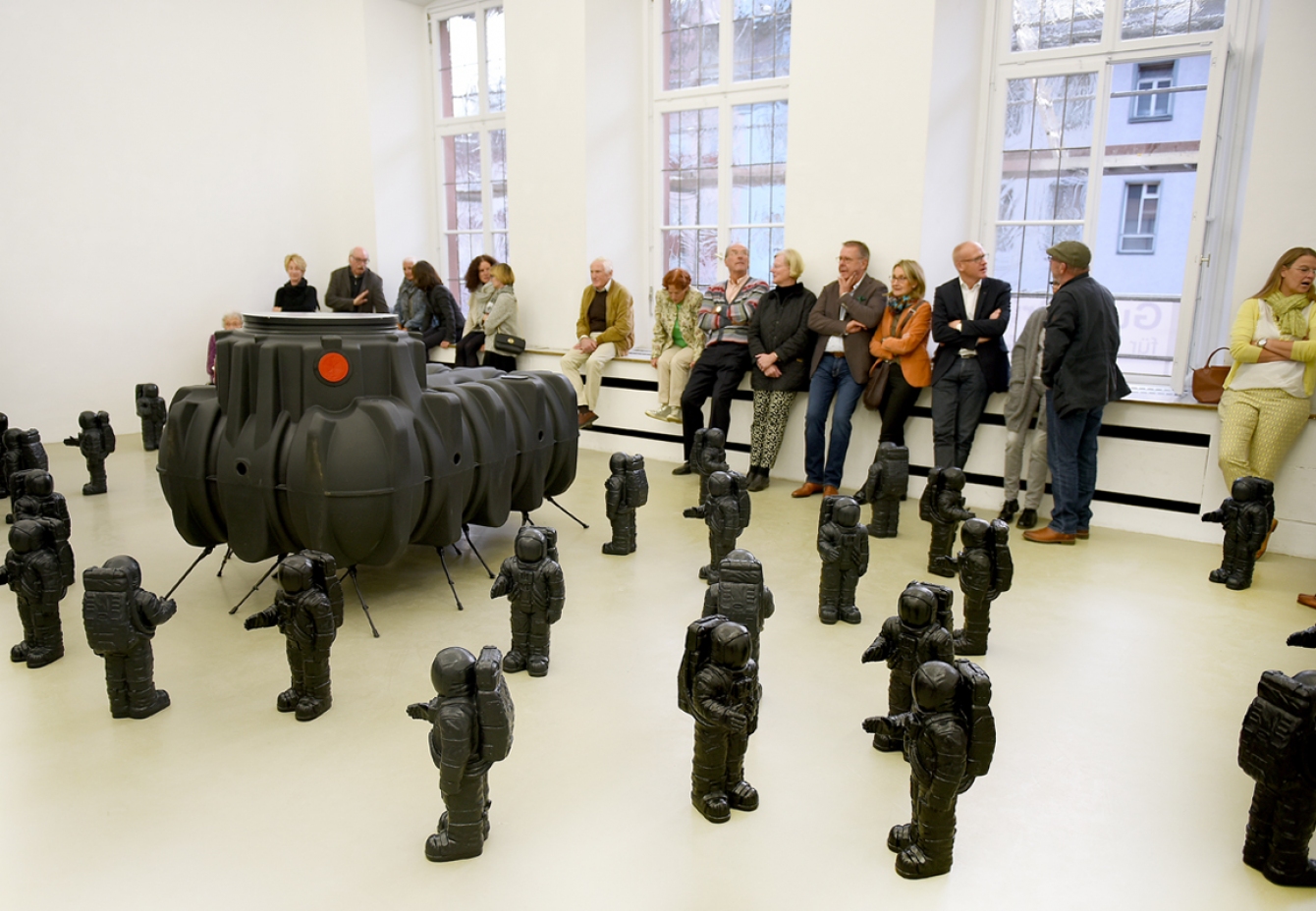 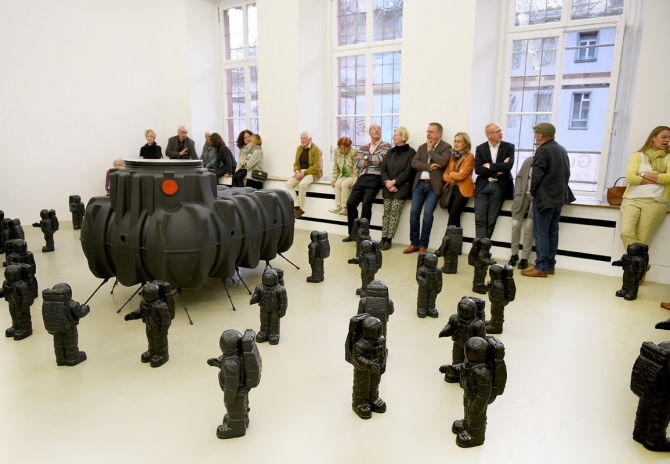 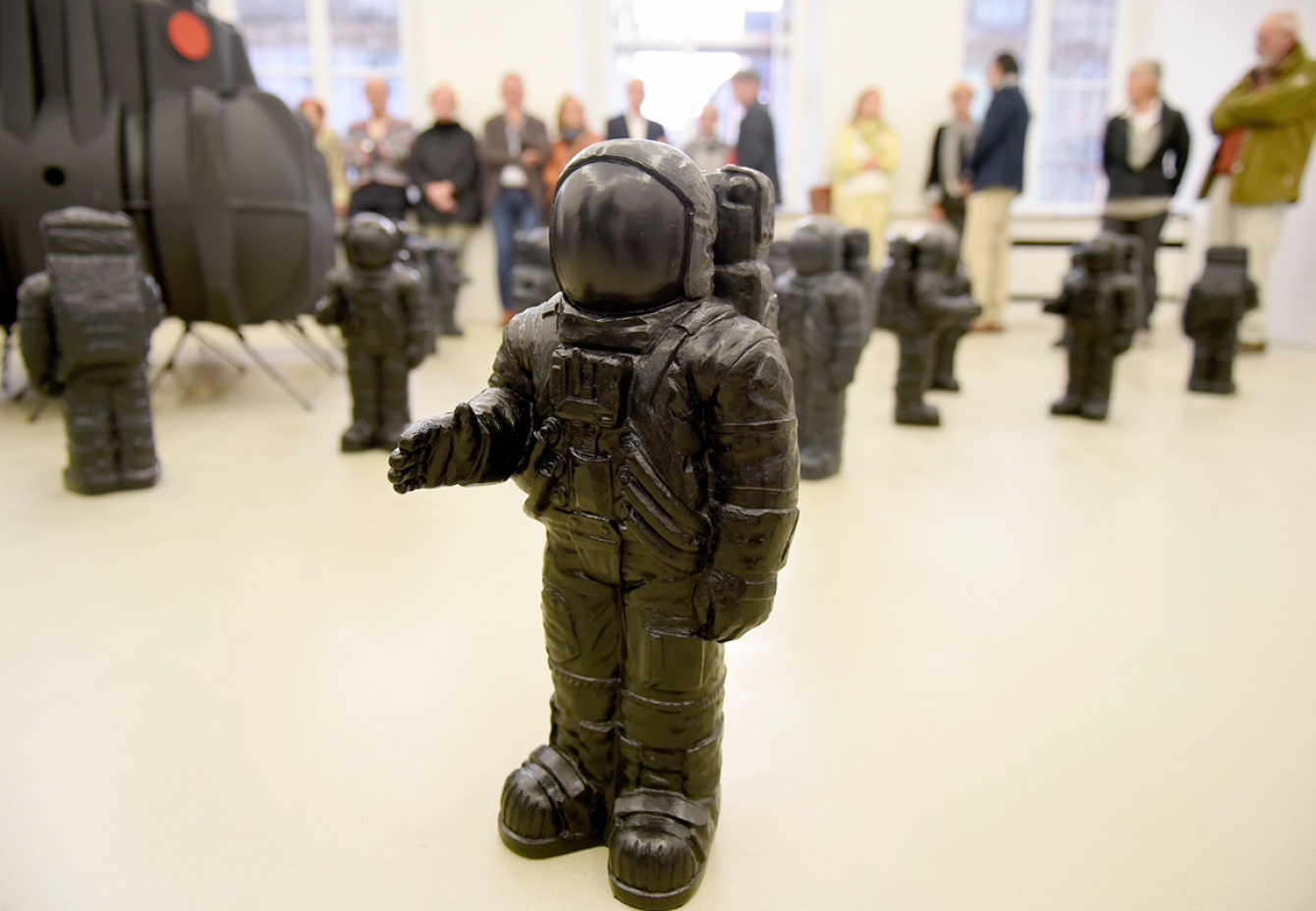 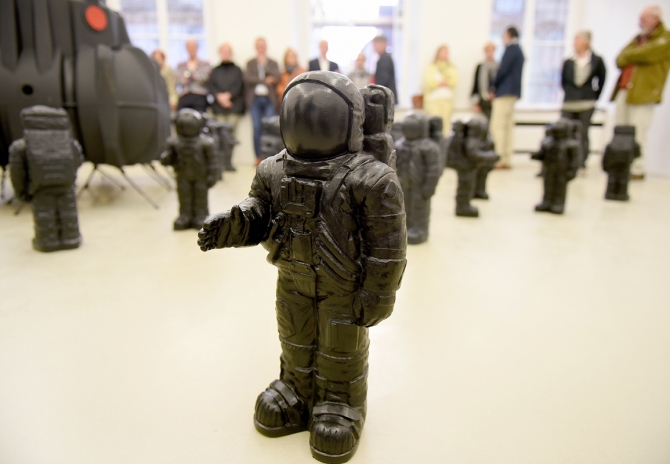 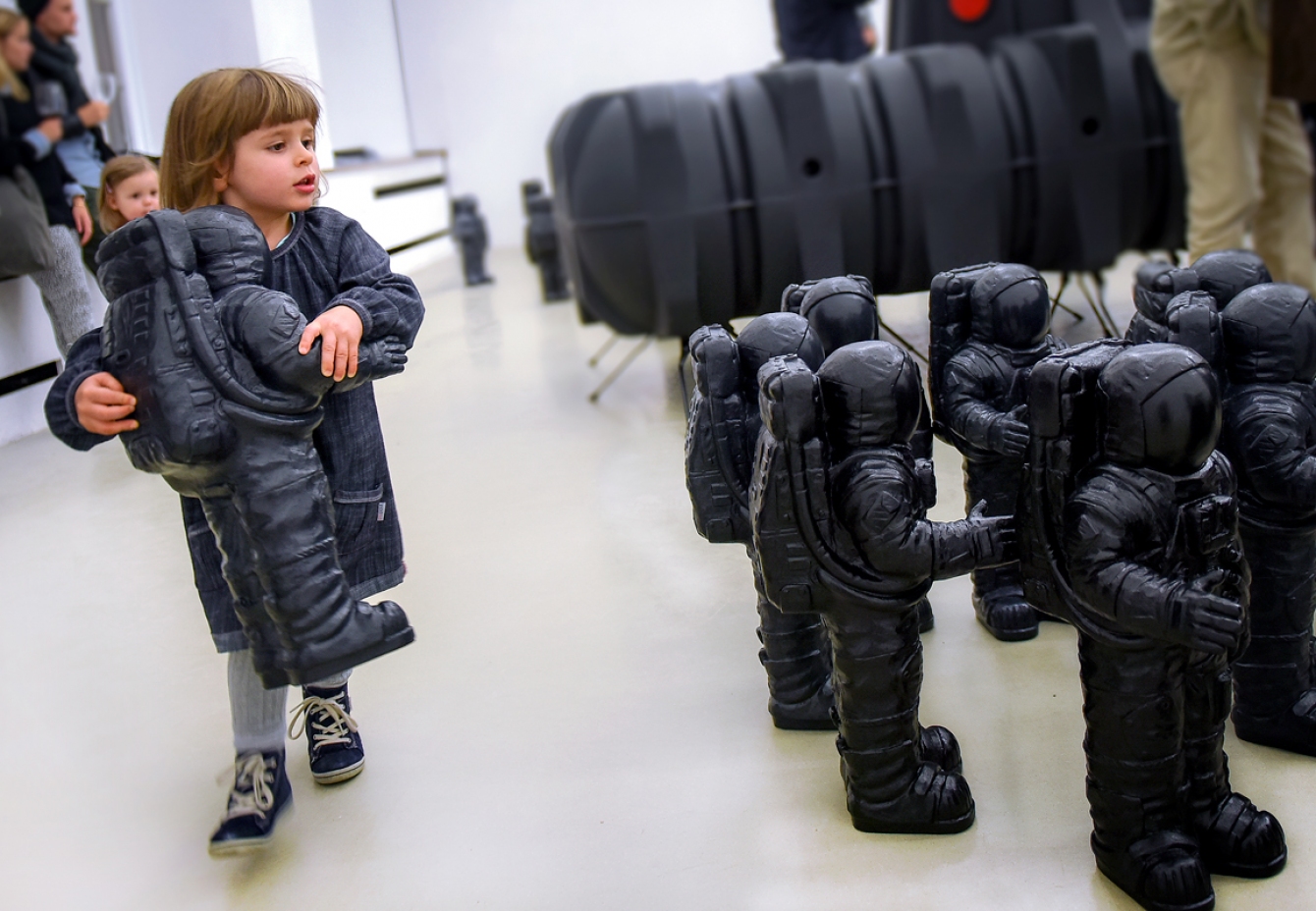 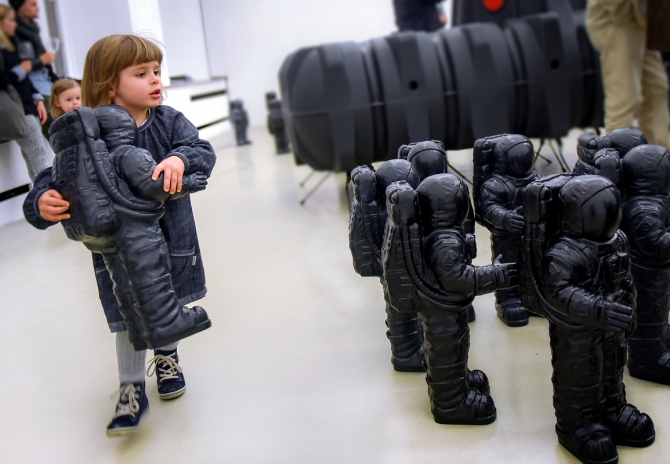