Sculptural project featuring 500 multiples set up in Katschhof square, Aachen, to commemorate the Year of Charlemagne celebrated in Aachen in 2014

Charlemagne wherever you look. And more than ever so in the Year of Charlemagne celebrated in 2014 – the year to mark the 1200th anniversary of his death when a multitude of events and exhibitions will be on offer and visitors are encouraged to engage in contextual examination. Is it really necessary for an art professor from Nuremberg to come along and not only multiply "our Charles", but also to shrink him to become a dwarf that’s only one metre "tall"? Shouldn’t historical figures be held in high esteem? Isn’t this project even somewhat contumelious, after all? Of course! In the Year of Charlemagne, the emperor should not only be subjected to scholarly research, but should also figuratively be taken off his pedestal. This can be achieved by artistic exploration as art questions the ways in which we perceive and assess things. This is why one “Charles” is not enough. Everyone has a different idea in mind when thinking of Charlemagne, their "own" Charlemagne: the Father of Europe, the ladies’ man, the ancestor of times immemorial, the one who butchered the Saxons, the postcard picture, the missionary, the visionary, the one who promoted culture and a whole lot more. (City of Aachen) 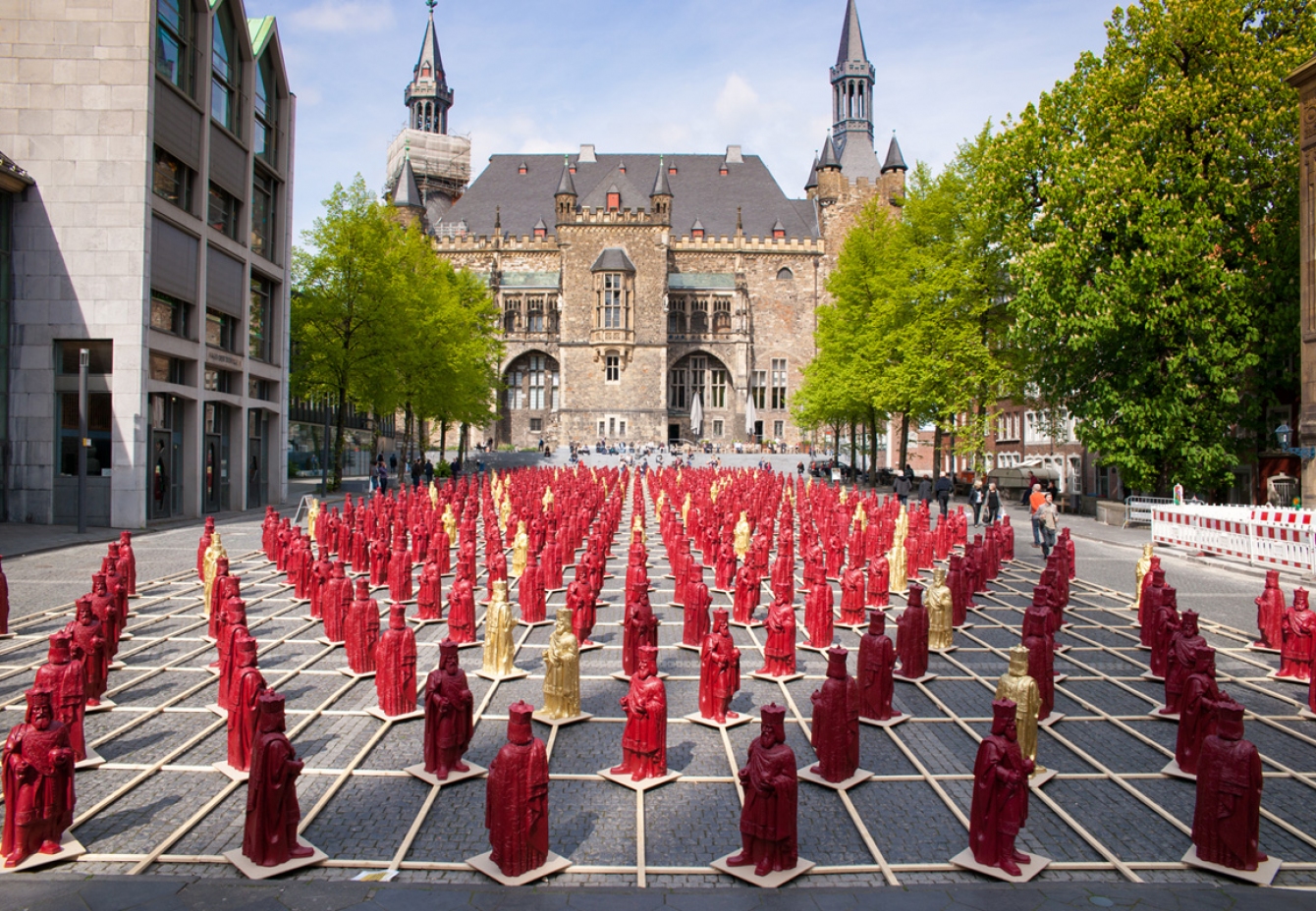 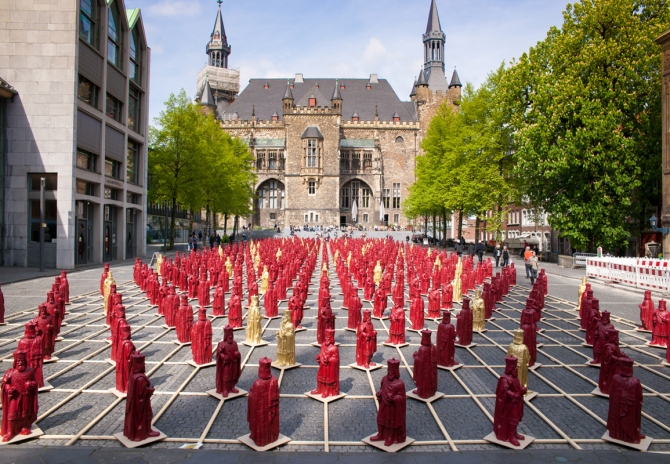 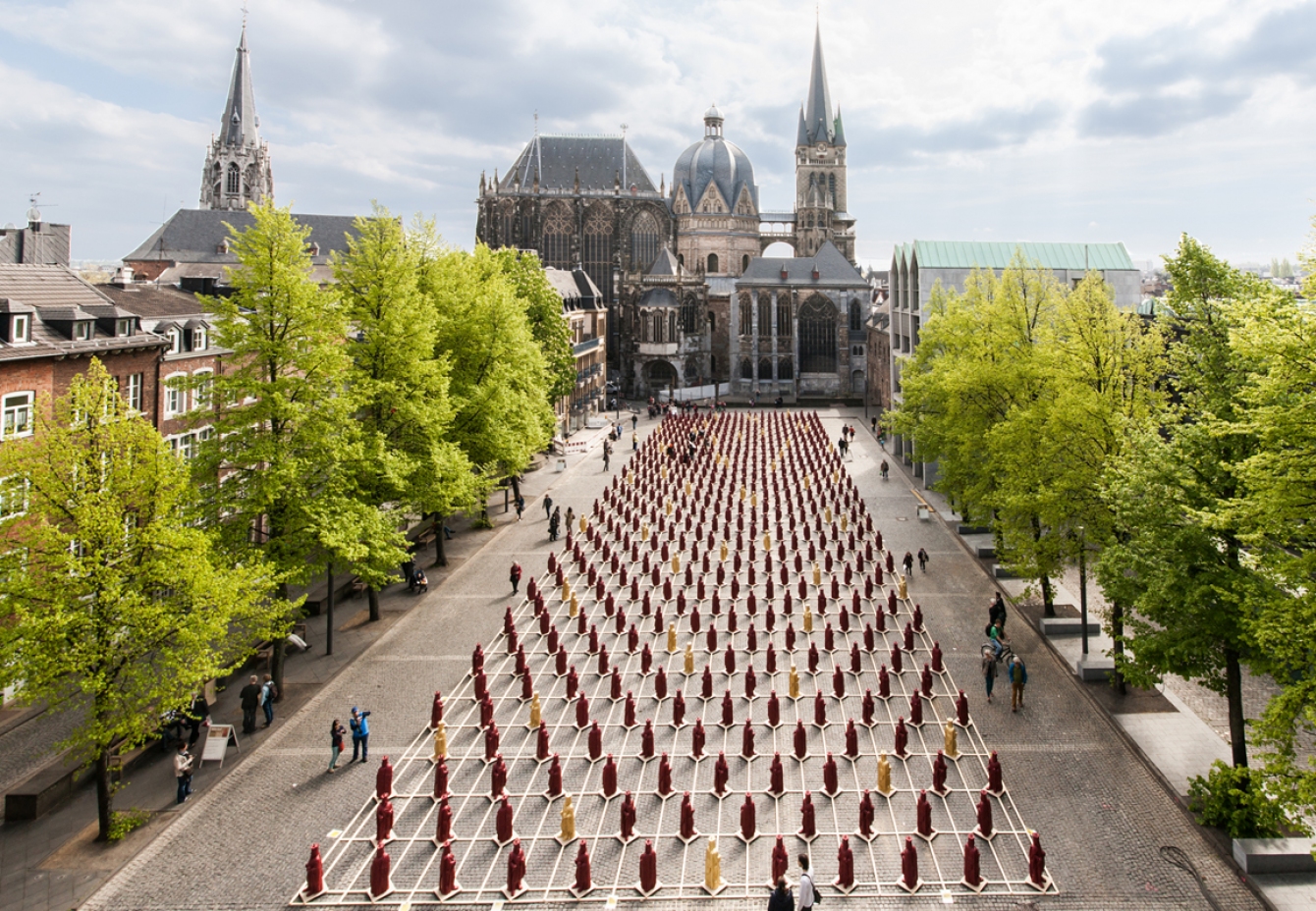 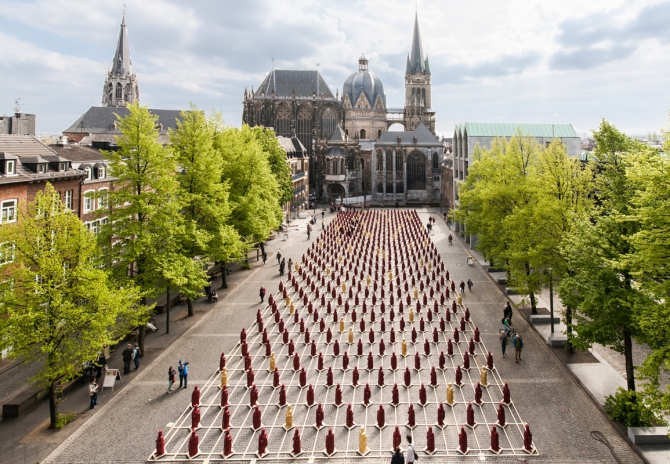 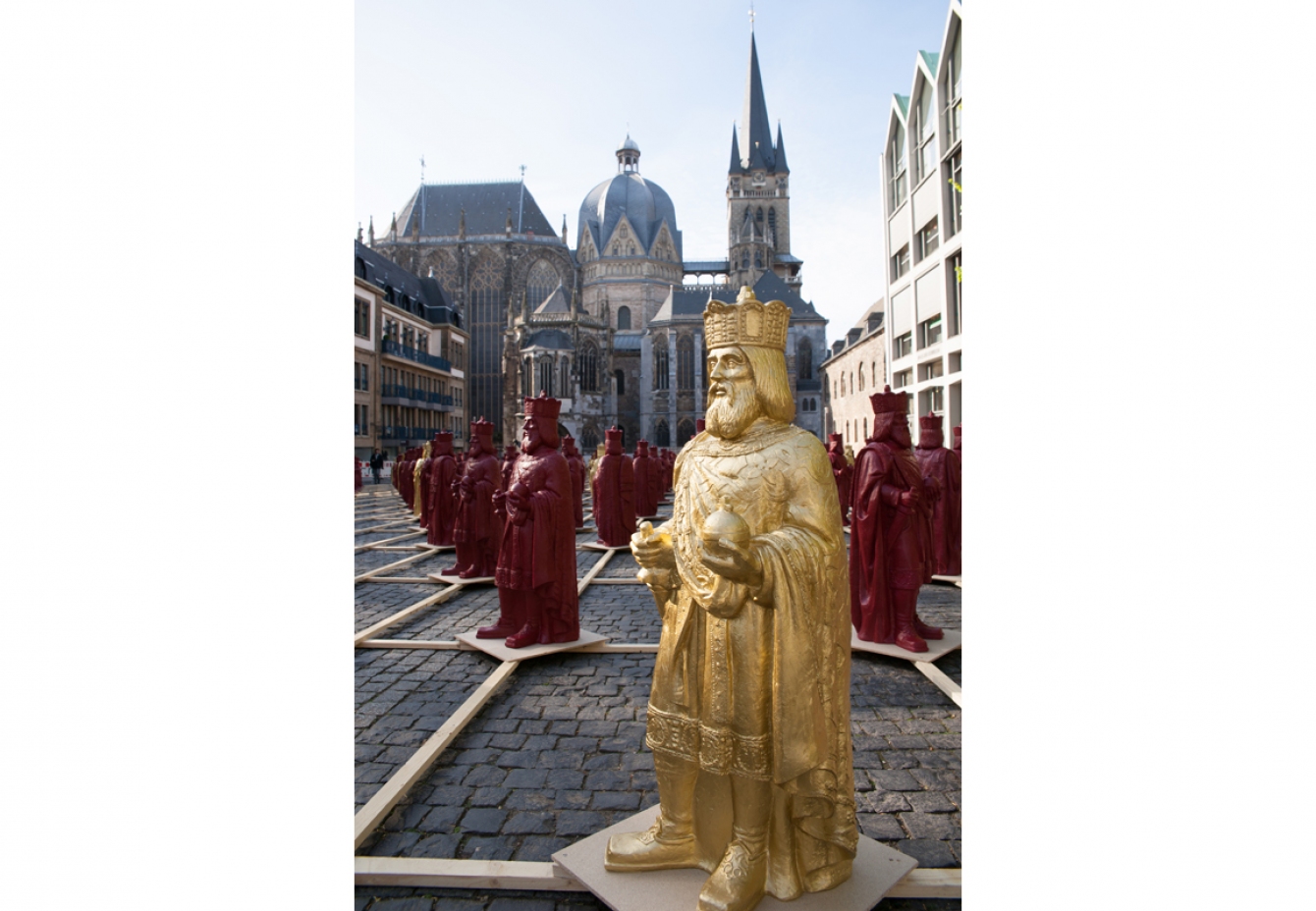 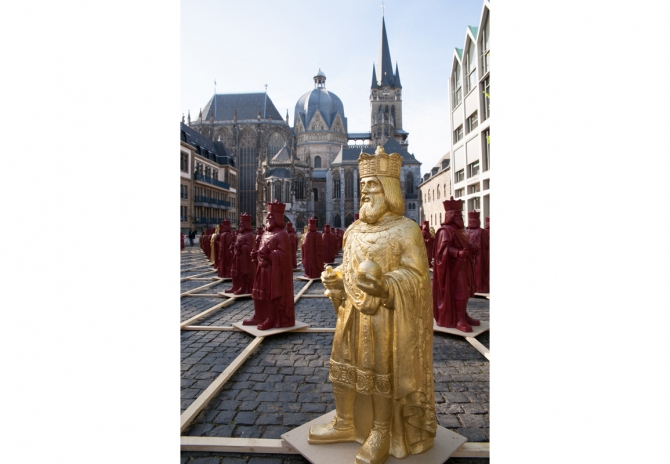 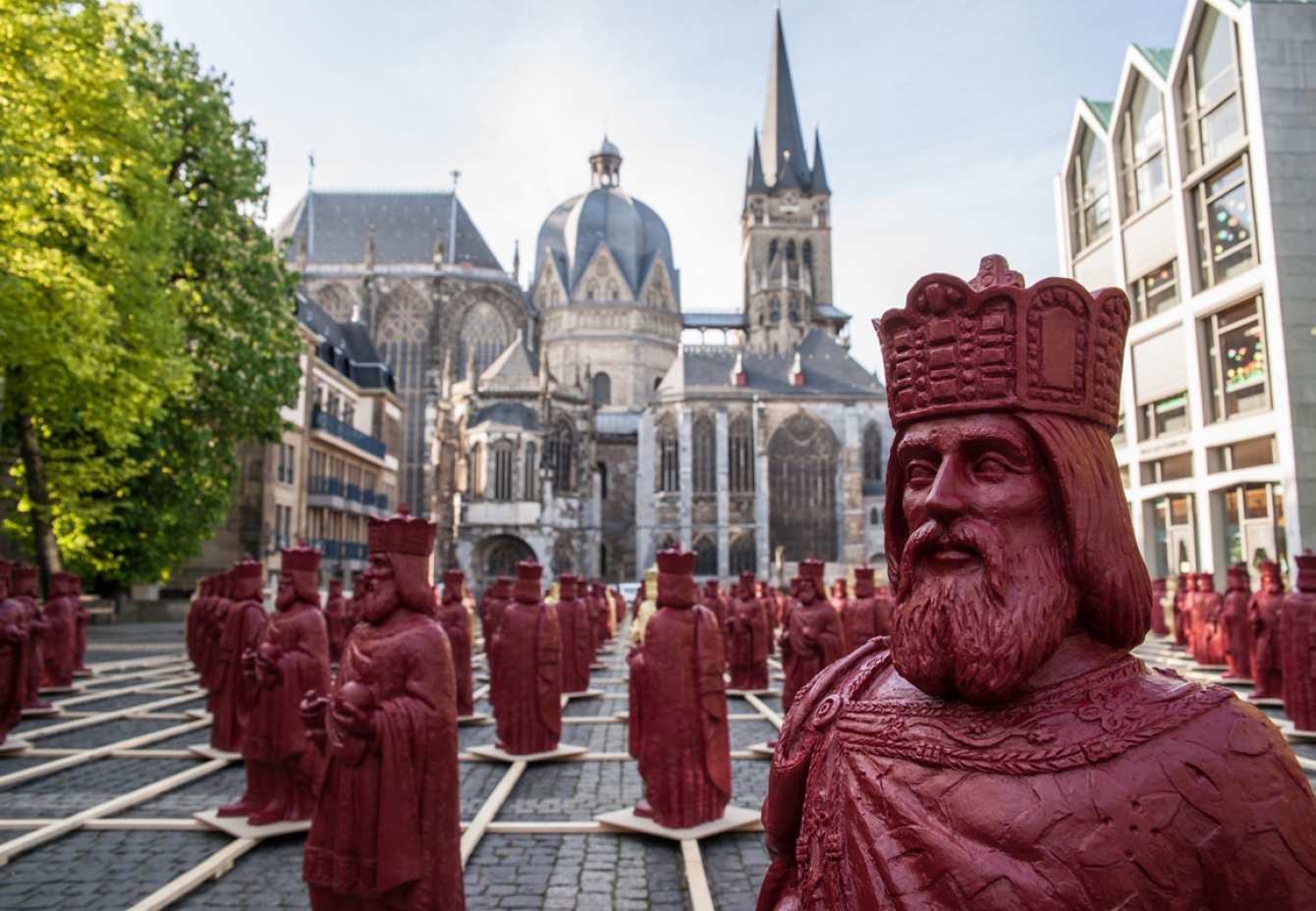 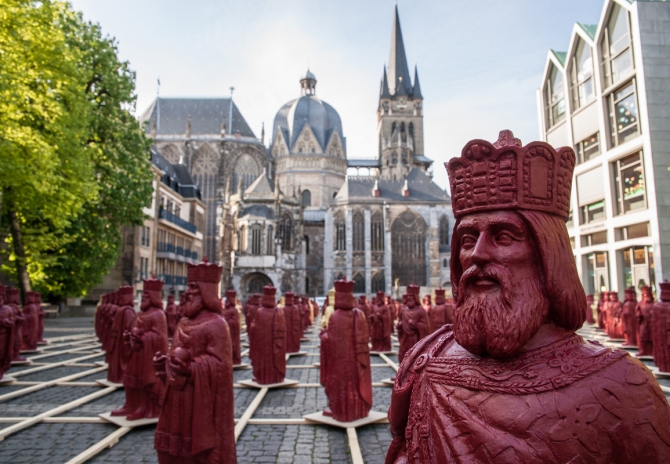 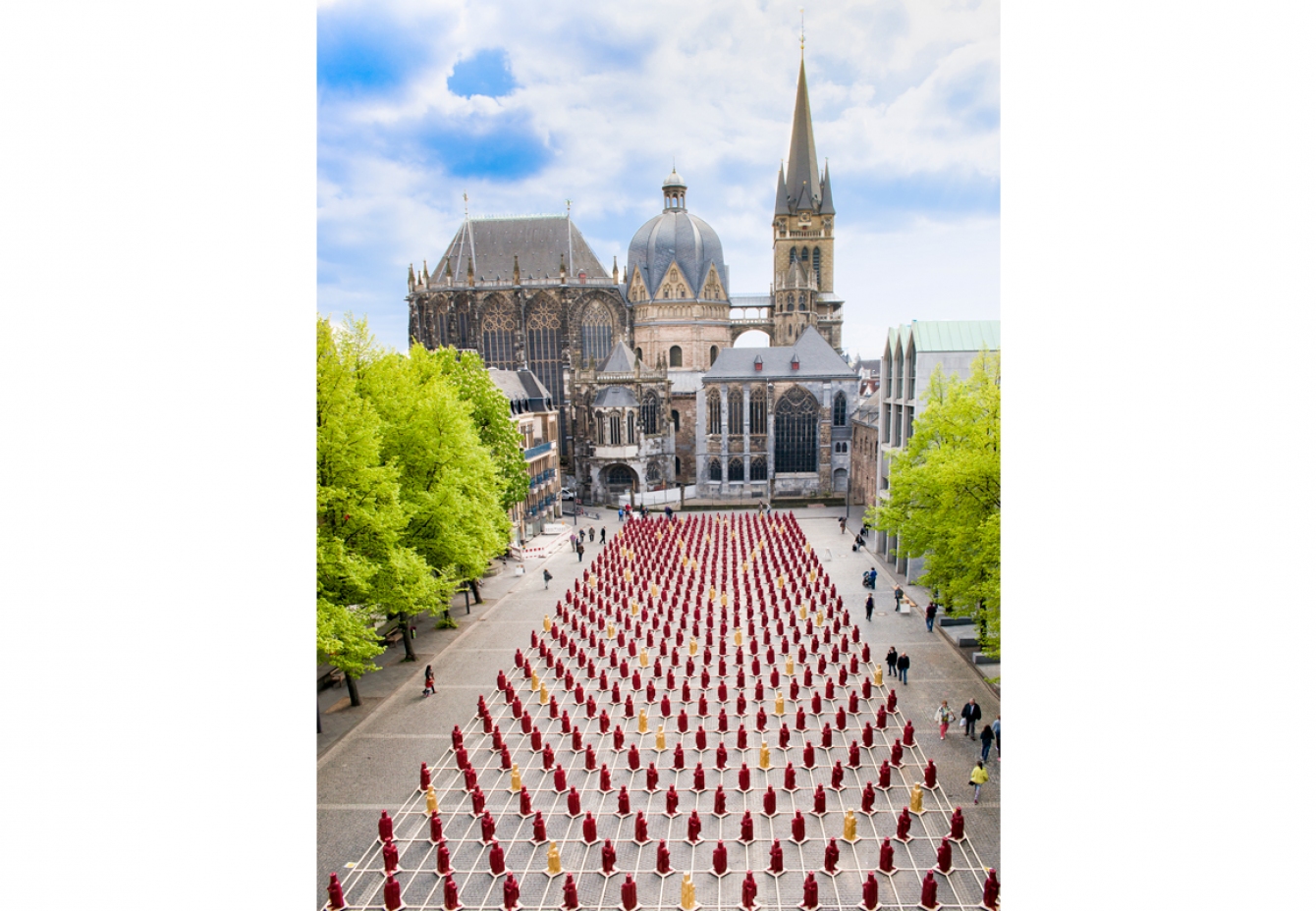 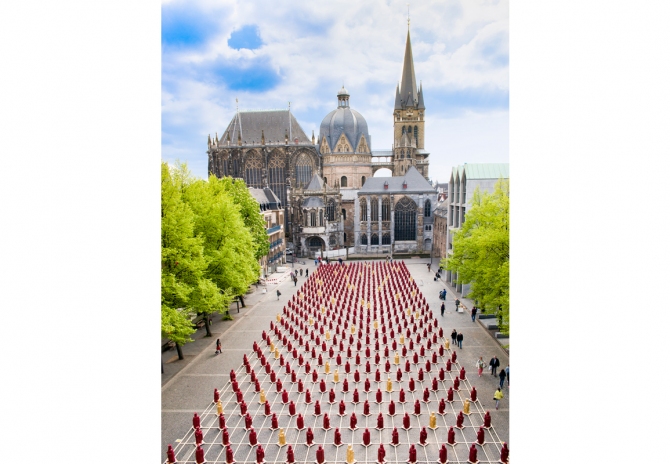 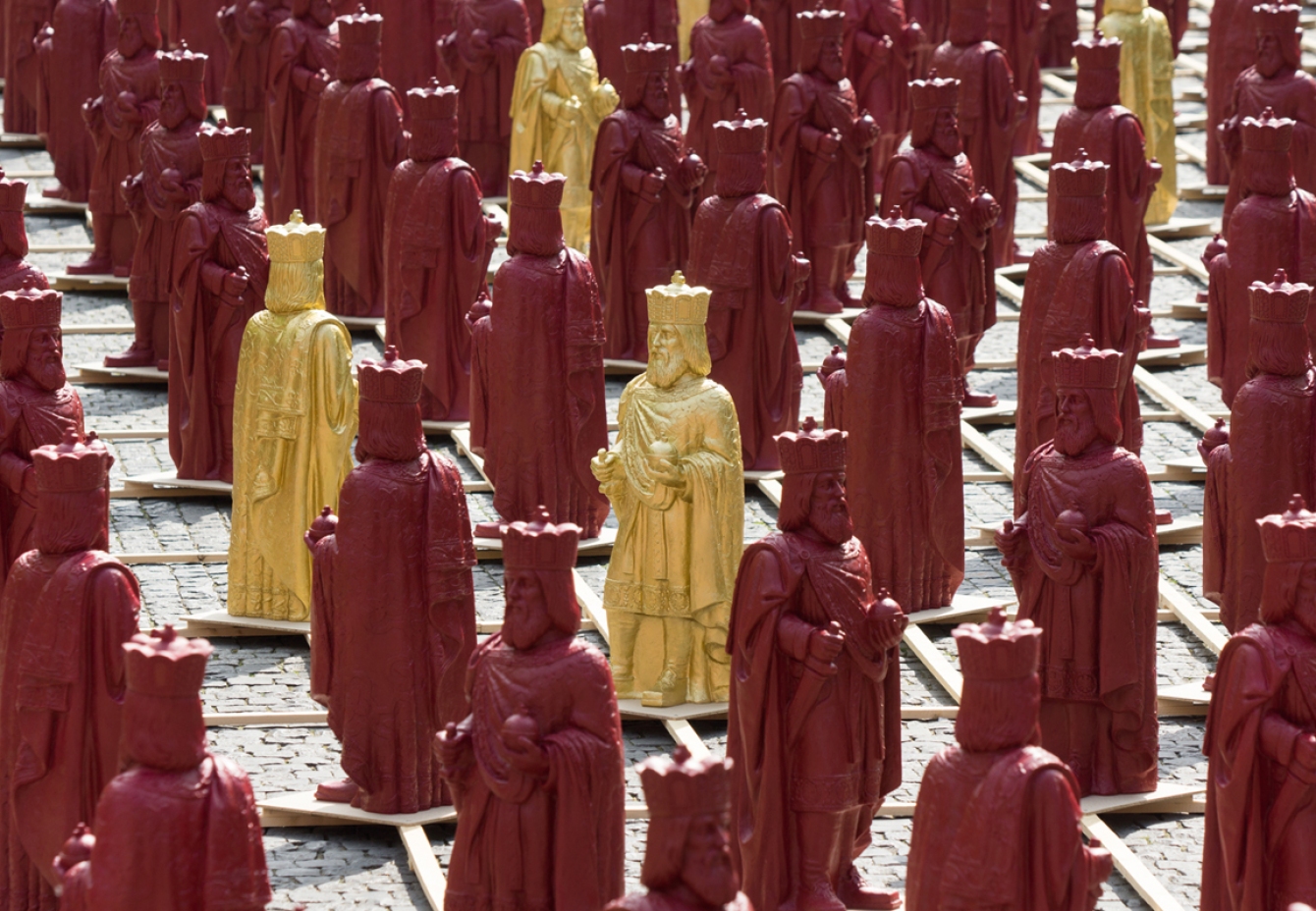 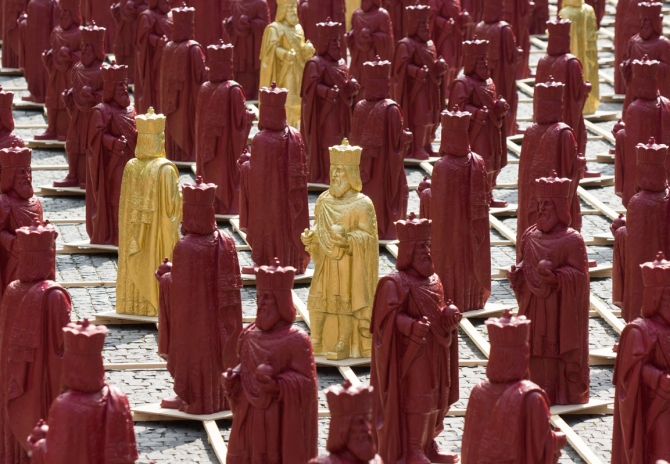