Under the title of "Dance with the Devil", Ottmar Hörl developed in installation to "satirise the concept of the master race propagated by the Nazis". The work was first presented in 2008, at the Lineart international art fair held in Ghent (Belgium). The foyer of the fair was populated by some 700 serial monochrome sculptures making up an army of deadpan garden gnomes raising their right arms to perform the Hitler salute. The bottom of each of the gnomes was engraved with the word "poisoned".

This is how Hörl succeeds in producing irritation and, at the same time, exposing the mechanisms and machinations of hierarchical regimes: everyone has a vivid idea of the effect of poison. As soon as the poisonous substance has entered an organism, the process of degradation will go on, eventually even obscuring consciousness. Those who do not understand the corresponding codes of communication, nor see through the abuse of gestures and rituals, are in danger of being manipulated, too. The "Poisoned Gnome" provides a communicative impulse for debate and for discourse. The figure challenges us to question the parameters of how reality is perceived and to deliberate on this issue. How one deals with this proposal – which has lost none of its shattering power – is ultimately everyone's own choice.

"We shouldn't close our eyes to the fact that in society, a constant of fascism, of dictatorship, the Führerprinzip, or leader principle, an ambition to manipulate and command other people, that this concept is latently dangerous and, to all intents and purposes, is still present in our society. Humankind has witnessed persons such as Stalin, Mussolini, Hitler and Franco develop extremist patterns of thought and action that all but brought our world to the brink of complete destruction." 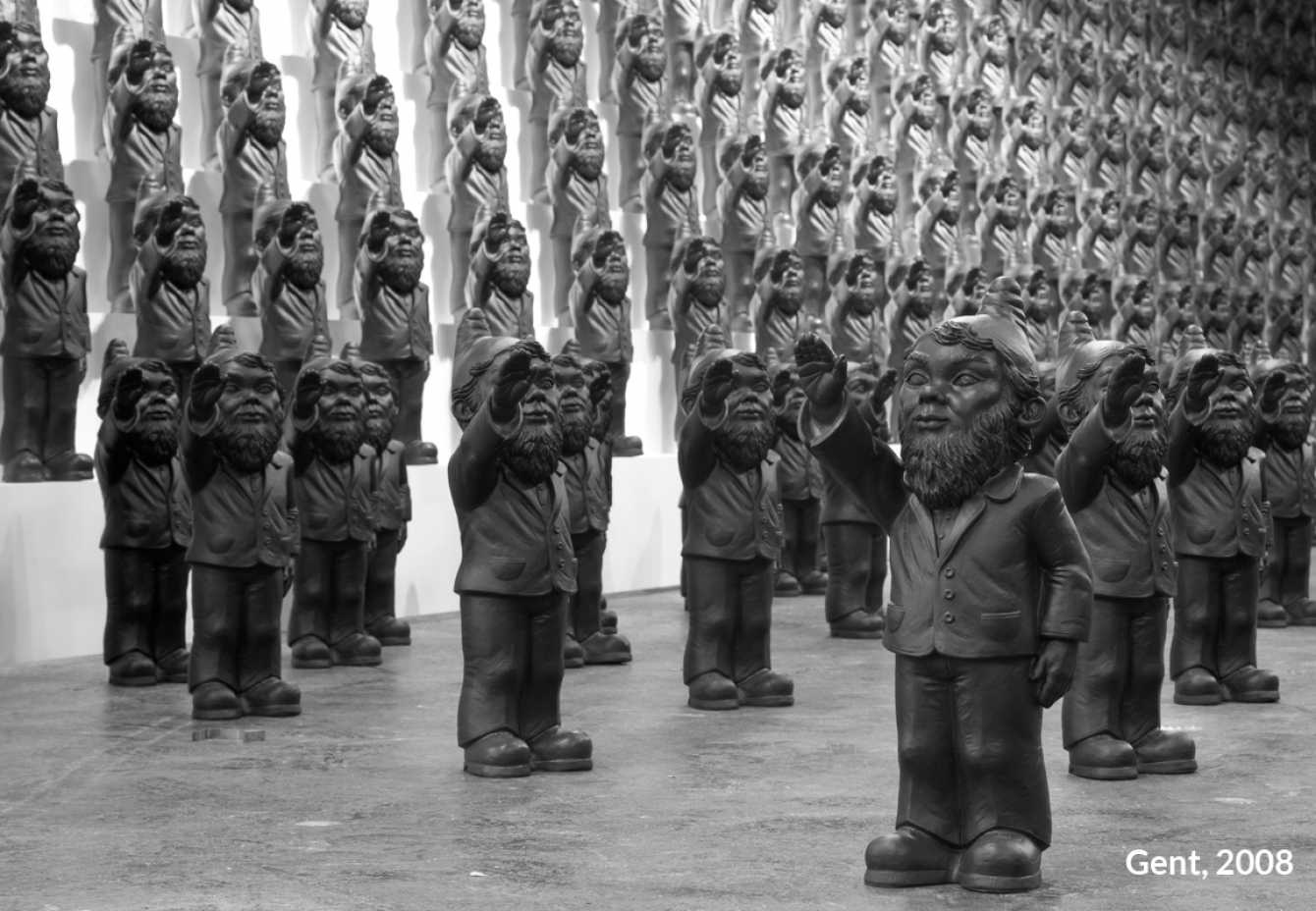 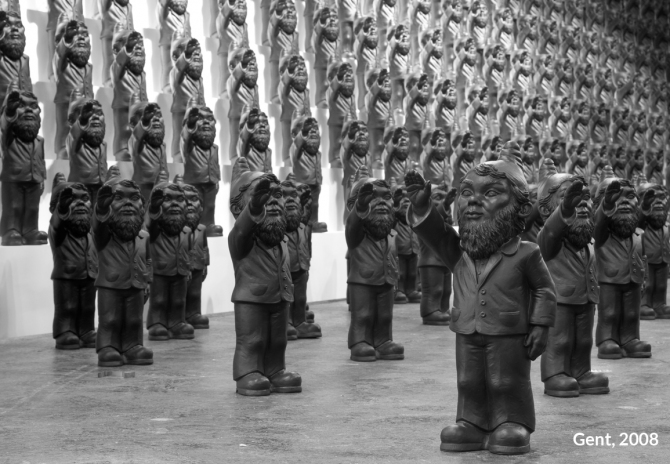 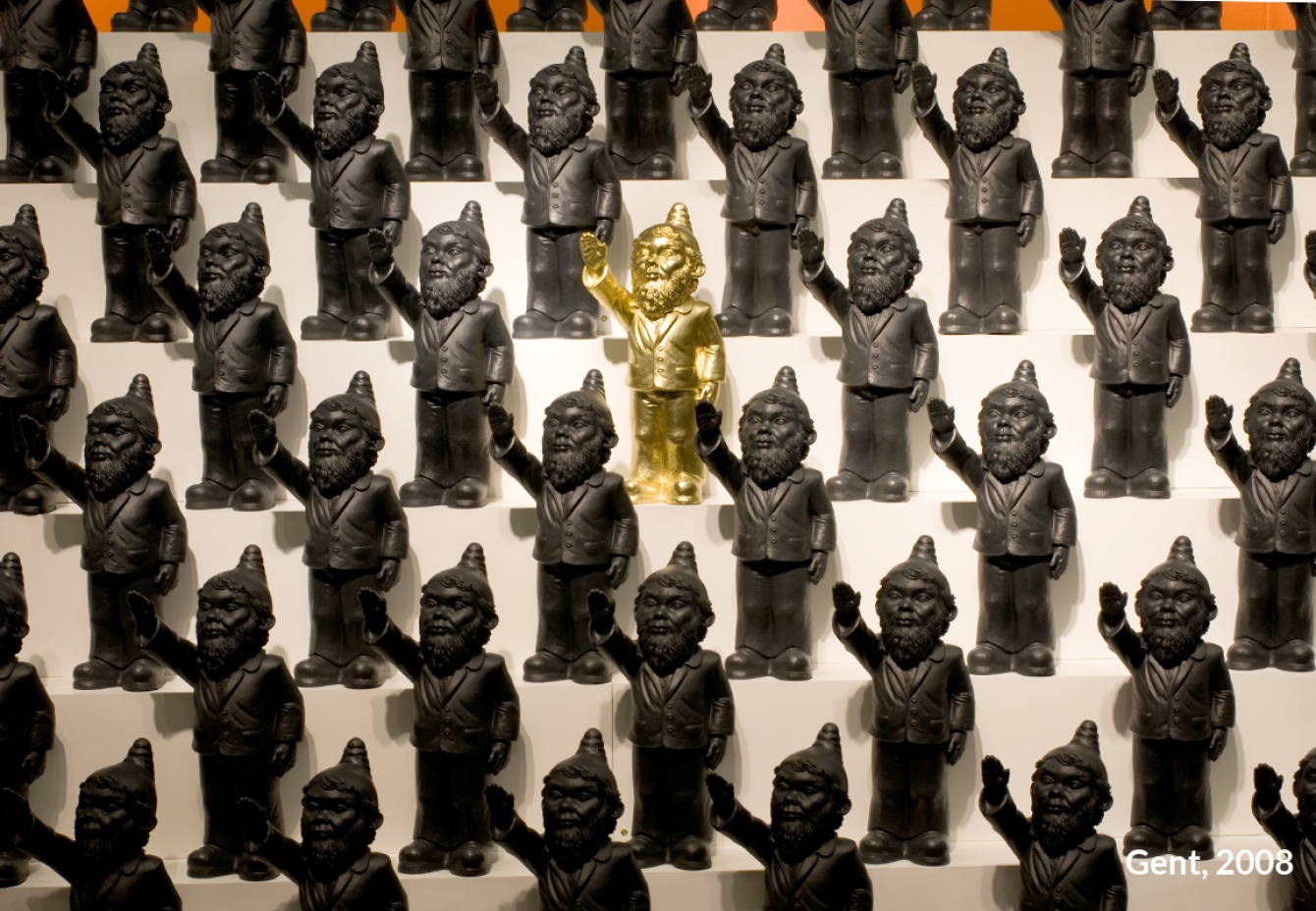 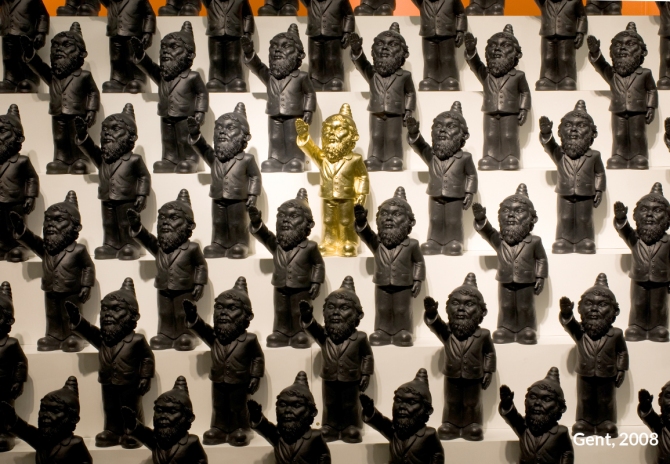 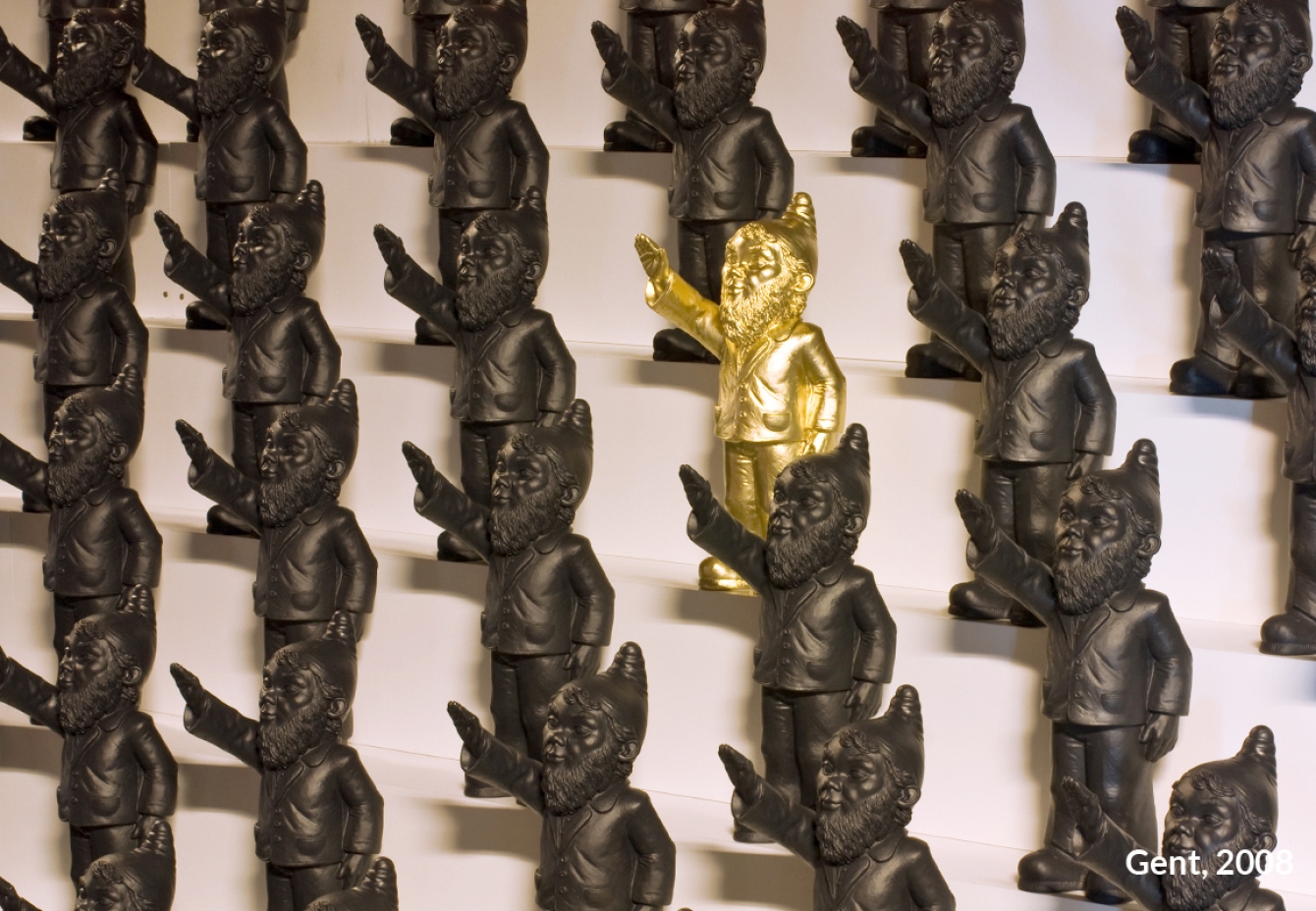 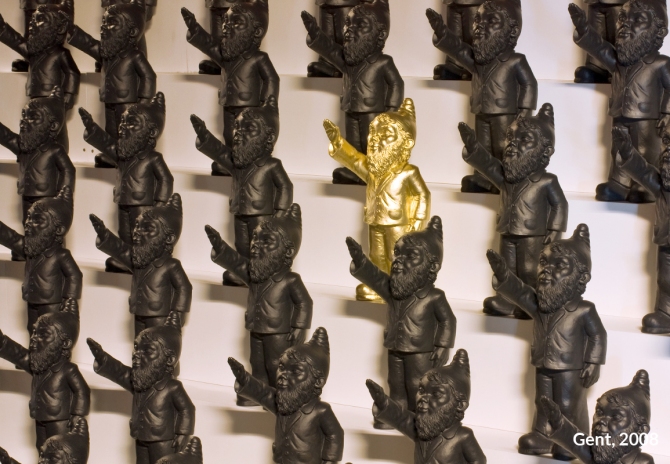 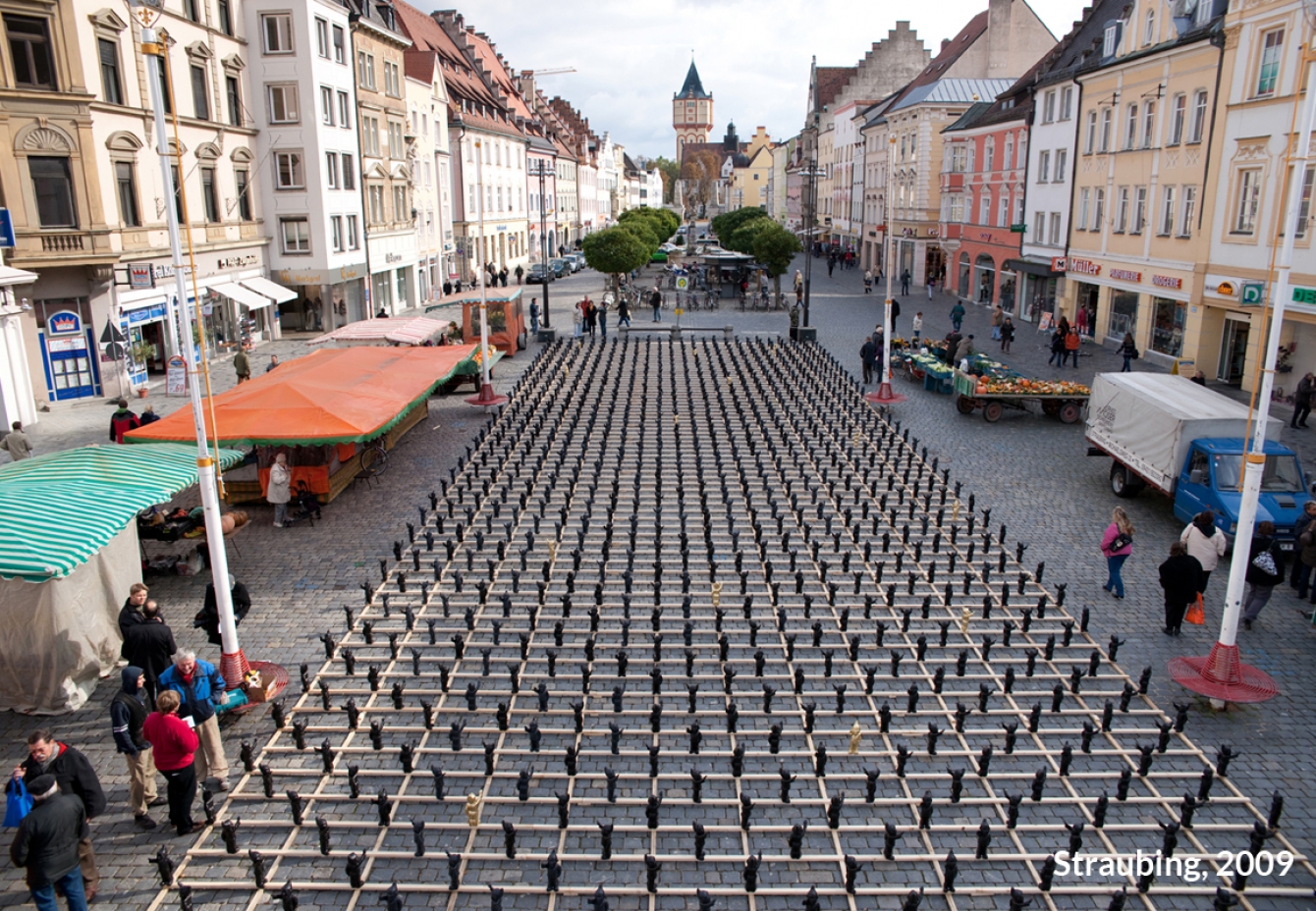 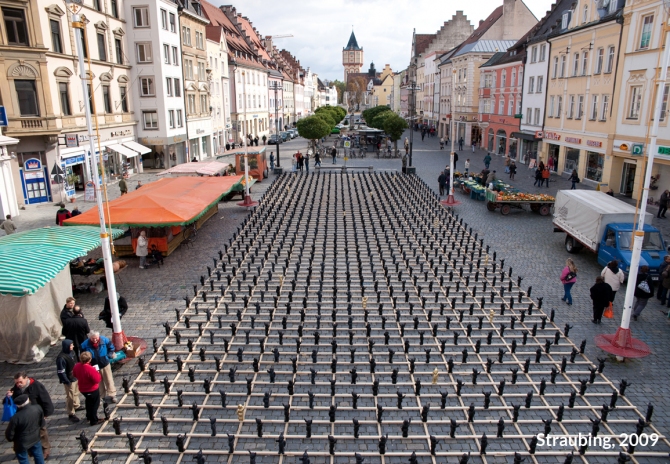 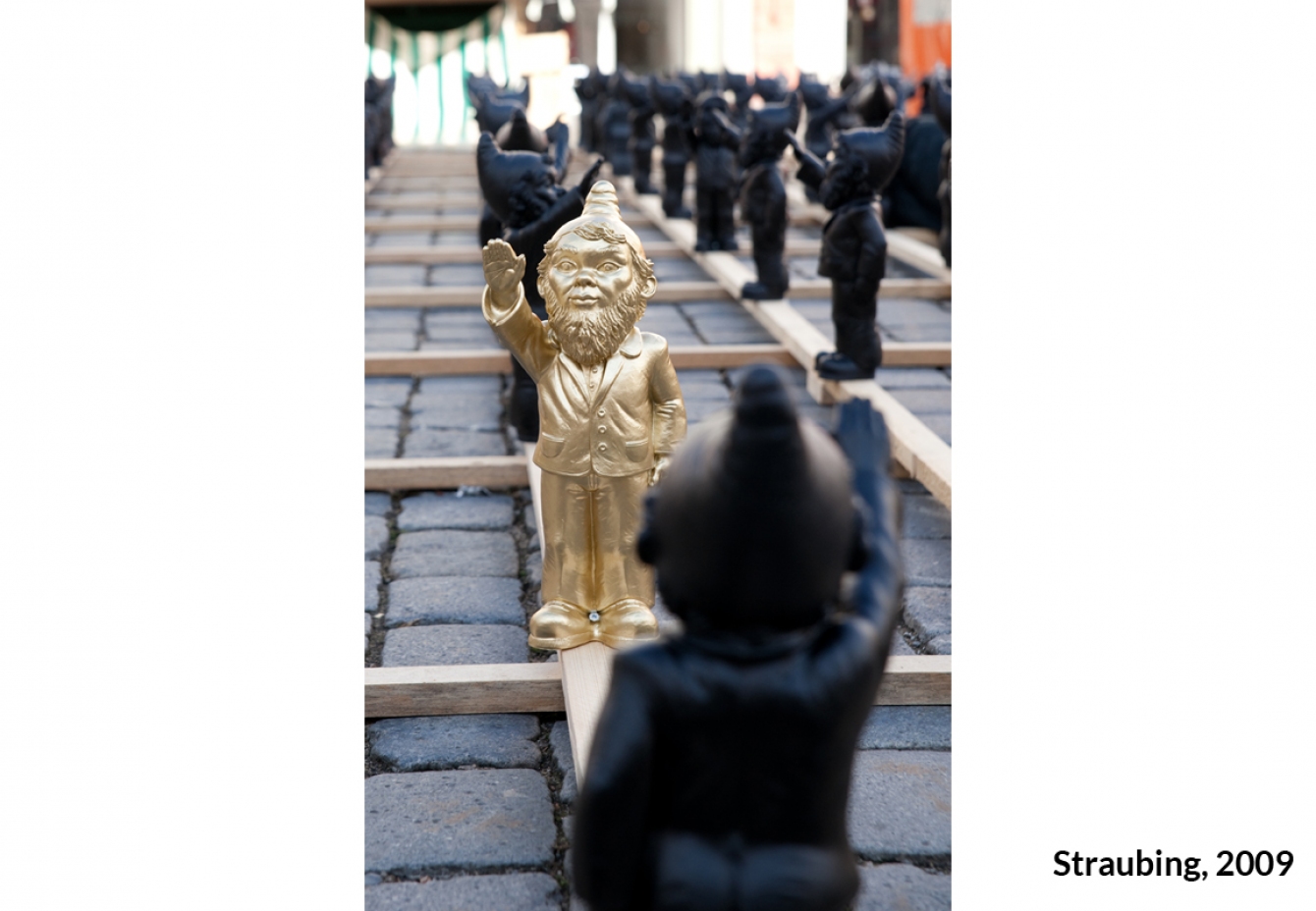 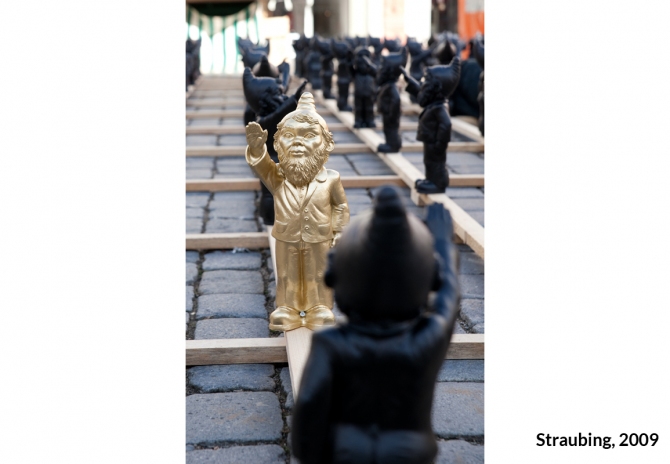 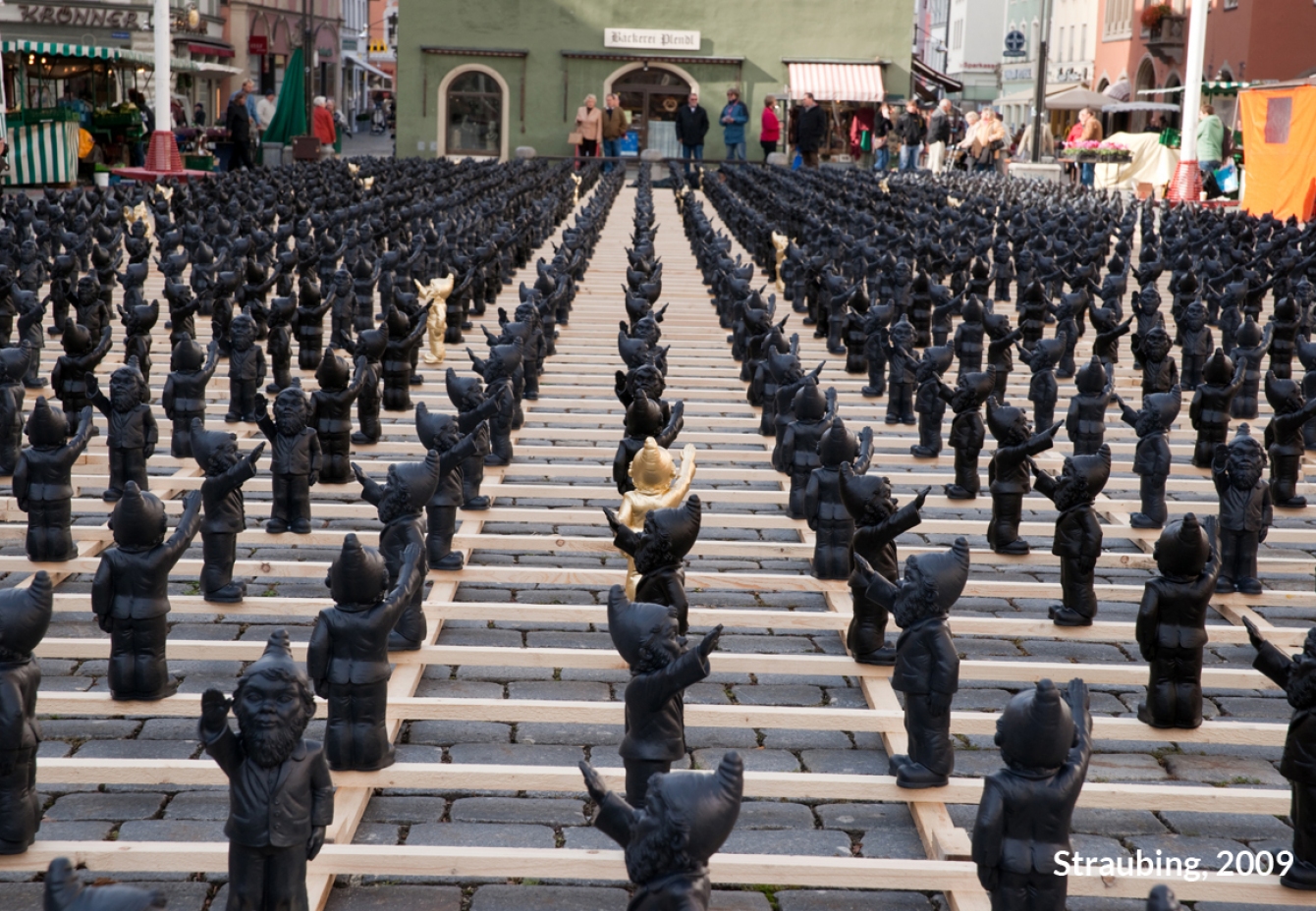 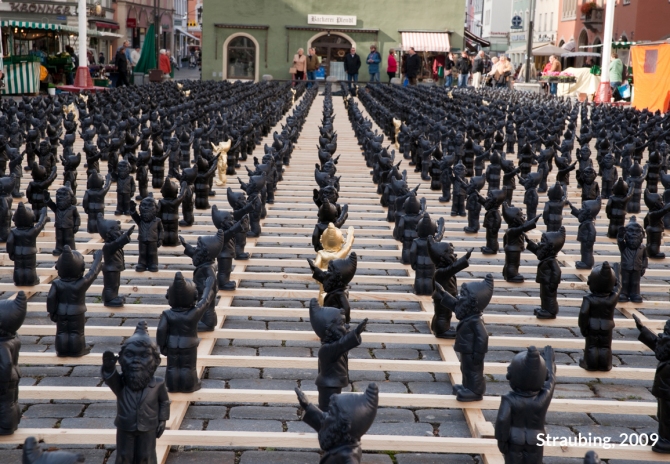 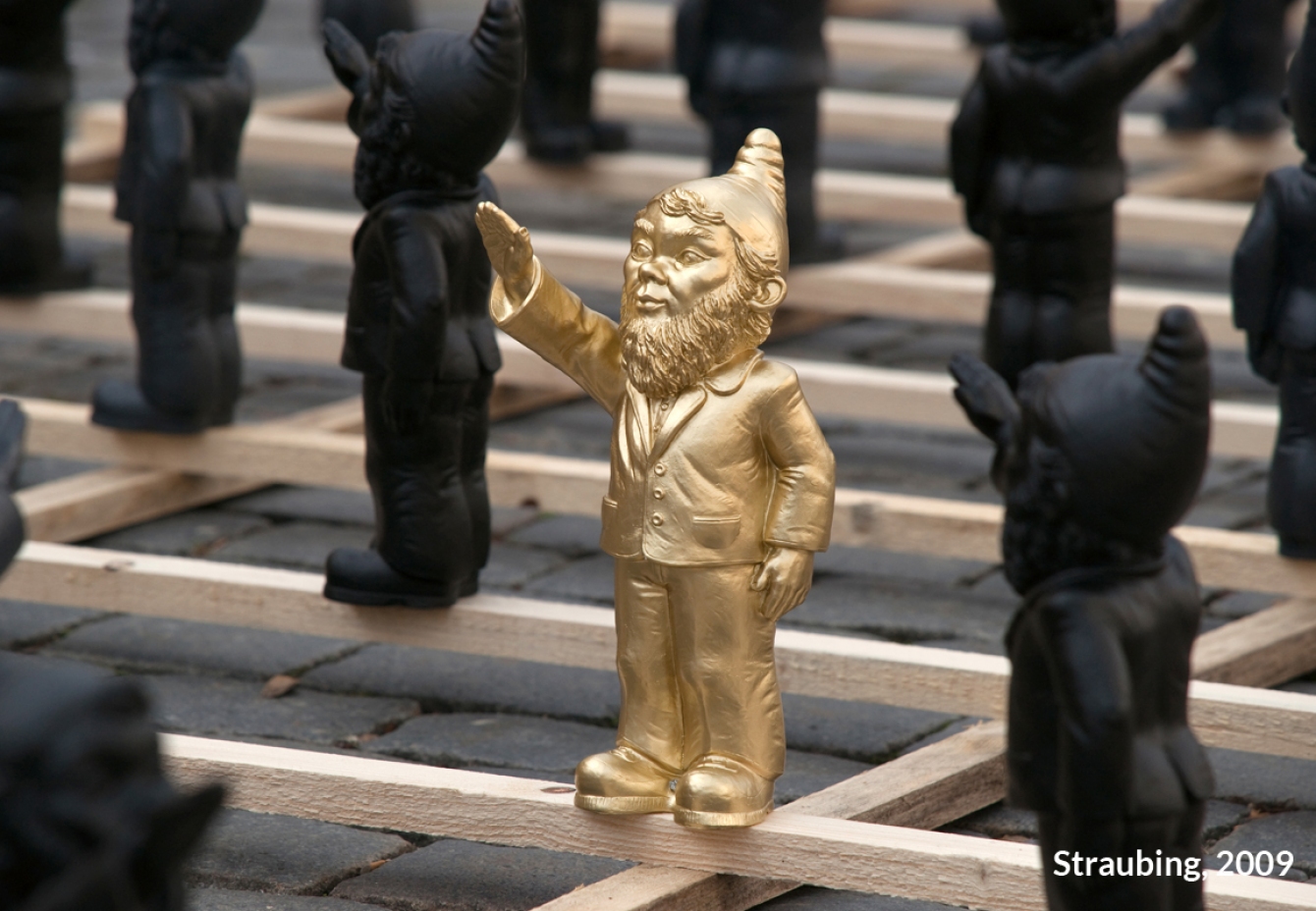 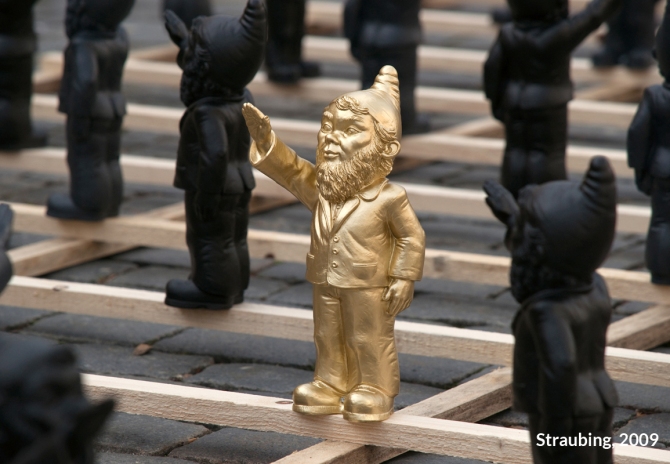 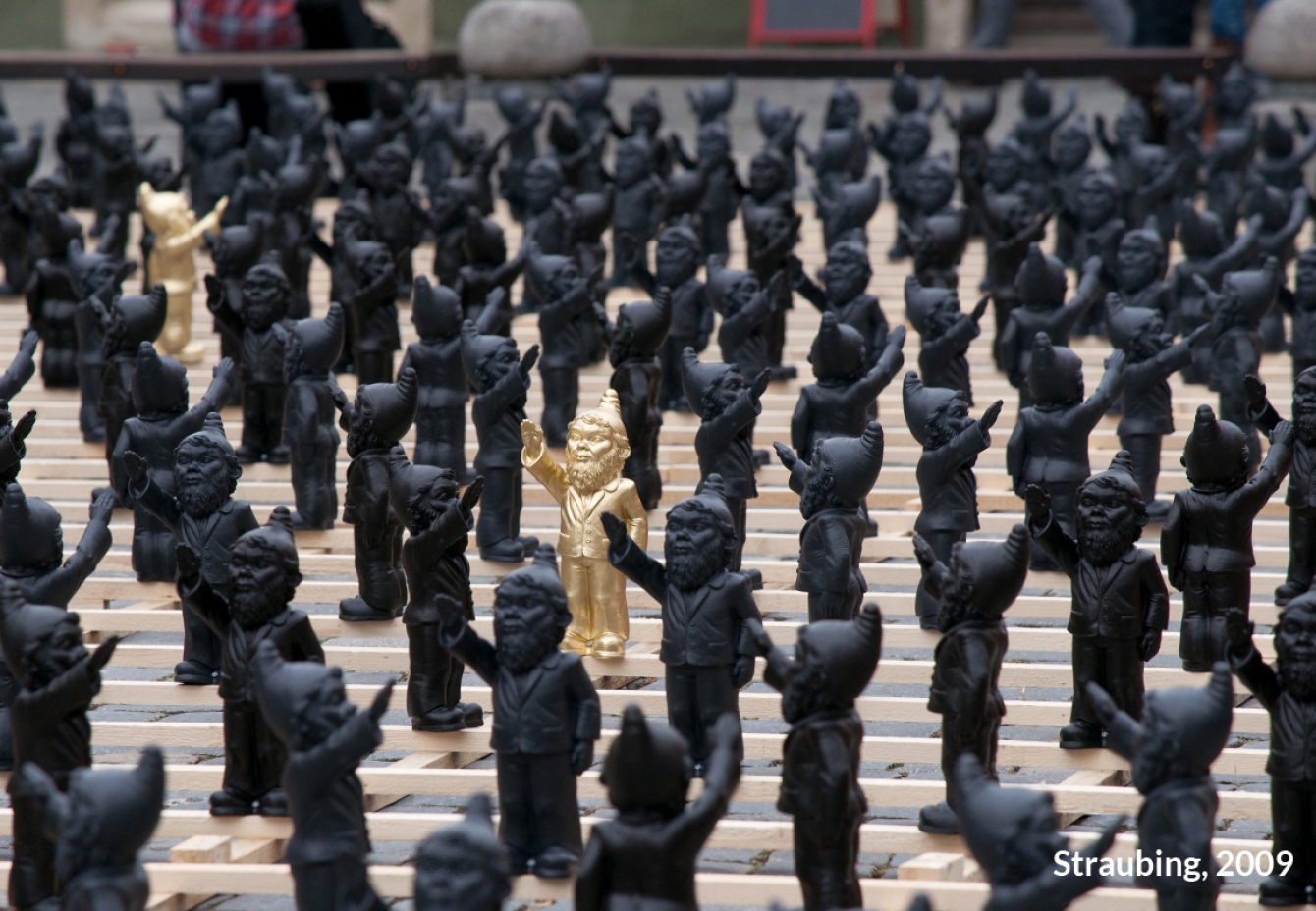 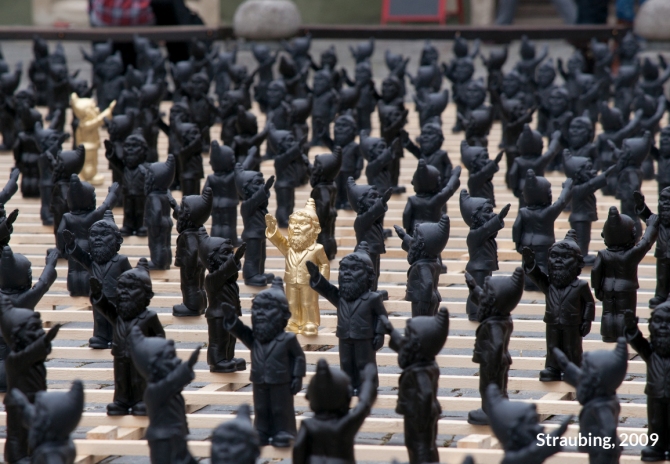 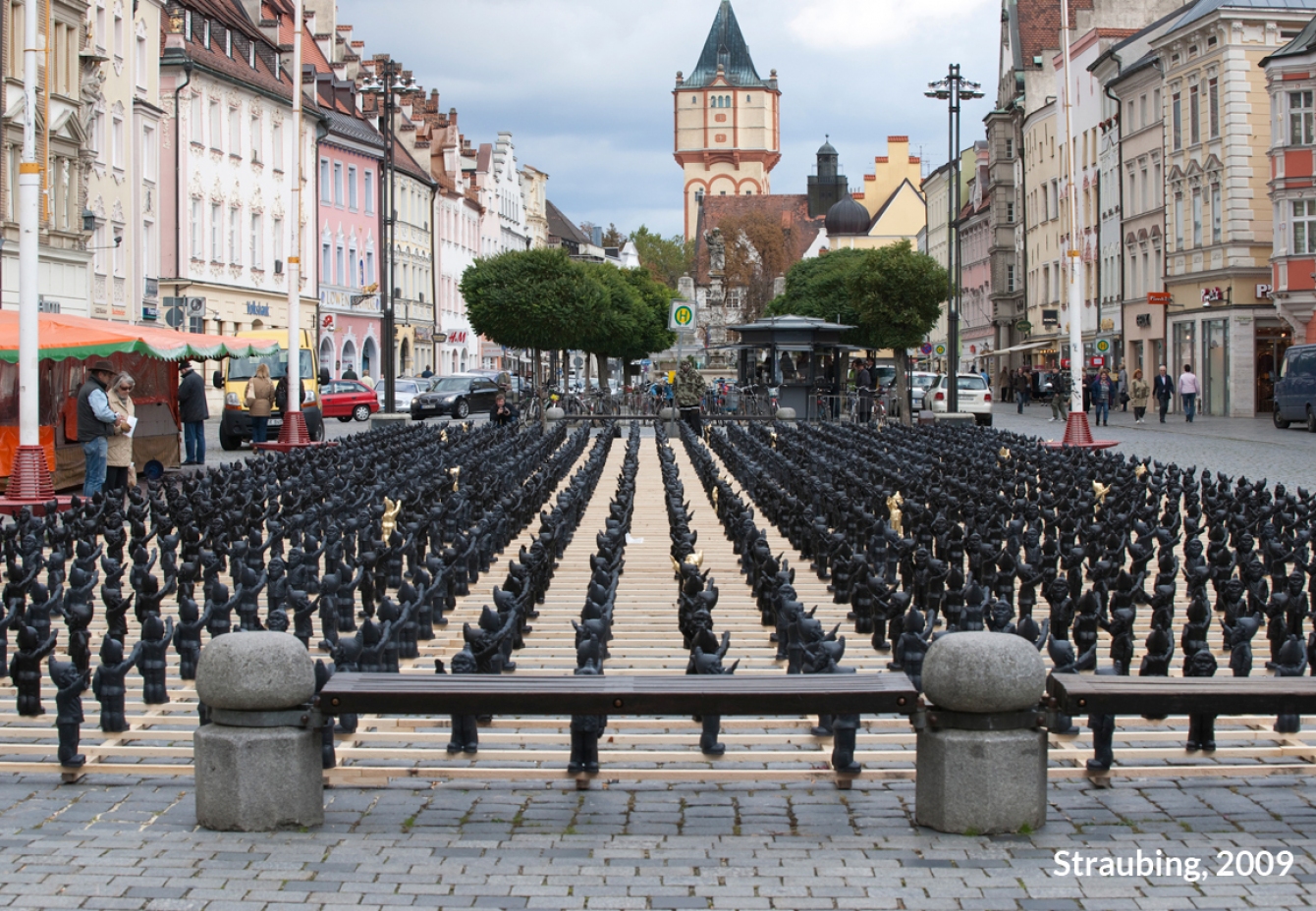 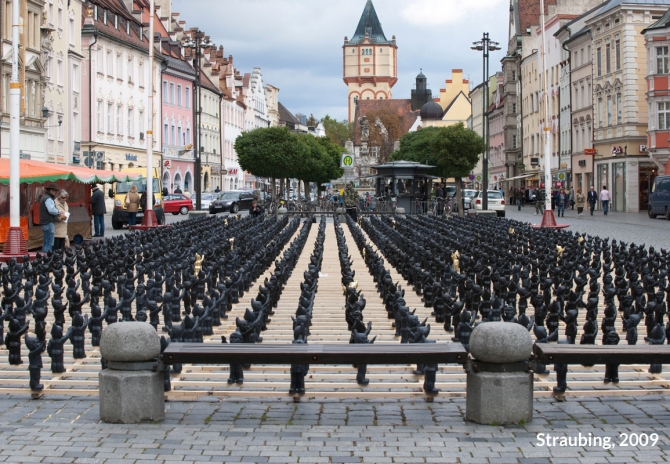