The female nude in a public environment Sculptural project in Offenburg

The nude looks good. Her lower part is firm. A nice, round bottom tops the well-muscled legs. She shows fabulous proportions rounded at the right places. But often, women don't really like themselves. Maybe our female nude also thinks that her bosom is a little too small and her bottom too large. Rubbish, why should she? So she meets the spectator's looks with self-confidence, pulling a face. Perky – yeah. Sinful – no way. Just as if she was asking: "Hey onlooker, what do you want? I'm nude, so what?" Or is she looking into an imaginary mirror and telling herself something like: "Well, we should definitely drop a couple of pounds before summer."

The citizens of Offenburg will see this attractive nude about 500 times this spring. They have no way of avoiding her. Because that is the number of red plastic multiples the artist has placed in the park grounds. She appears between bushes, trees and on the lawn. I am a Venus, she wants to tell you. Aren't I beautiful?

Venus – goddess of perfect beauty, sexual love. Hesiod described her as "Born of Froth". She is said to be born from drops of blood which dripped into the ocean when Uranus' penis was cut off. But the less bloodcurdling interpretation of Homer says that she is the daughter of Zeus and Dione. She also was the wife of Vulcanus/Hephaistos, regretfully with a pronounced tendency for extramarital affairs. Adonis and Mars were her lovers; with the latter she had Eros and Harmonia as children. Aeneas, the progenitor of the Romans, was the child of her affair with the Trojan Anchises. So she became the symbol of the supporters of free love. Venus was a popular goddess. No wonder. Her cult also meant that enjoying carnal indulgence was exercising a mass of sorts in her honour.

Our Venus in Offenburg is neither vamp nor mistress, just a normal woman. She might have a job at the unemployment office, at the café on the corner, or at a barn yard. But why is she nude? "Putting a skirt on Venus seemed a stupid idea to me somehow," says her creator, artist Ottmar Hörl. Her nudity is not really ostensible. And why does he show her as many times as 500? Maybe to release her from the statue context. After all, we have enough undressed figures provocatively posing on the edges of fountains in public places. Our nude is not posing, her posture is relaxed. And why plastic? Maybe because this material can best be multiplied. The Venus of Offenburg belongs to everybody. An homage to women – just because. 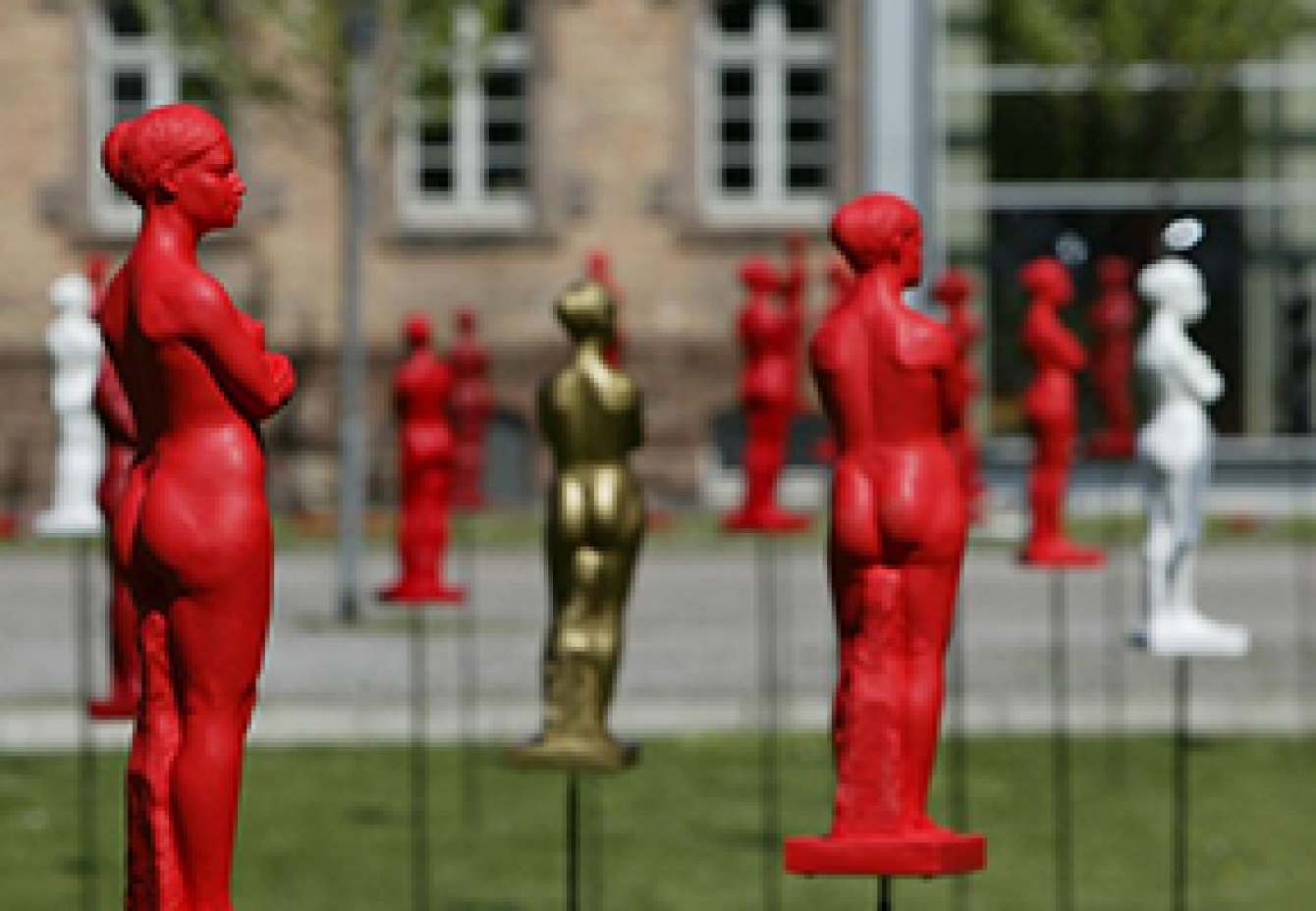 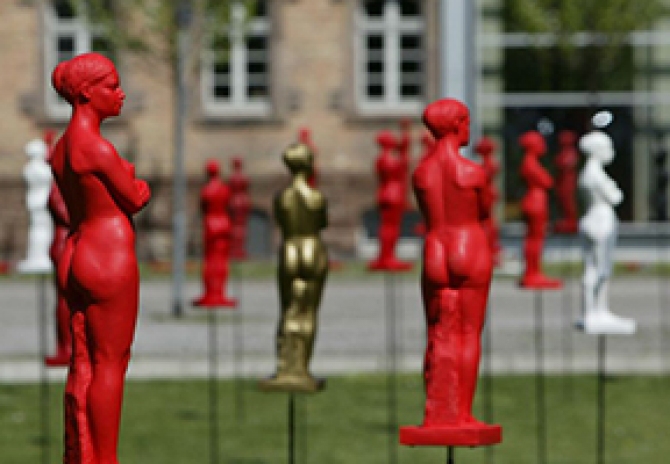 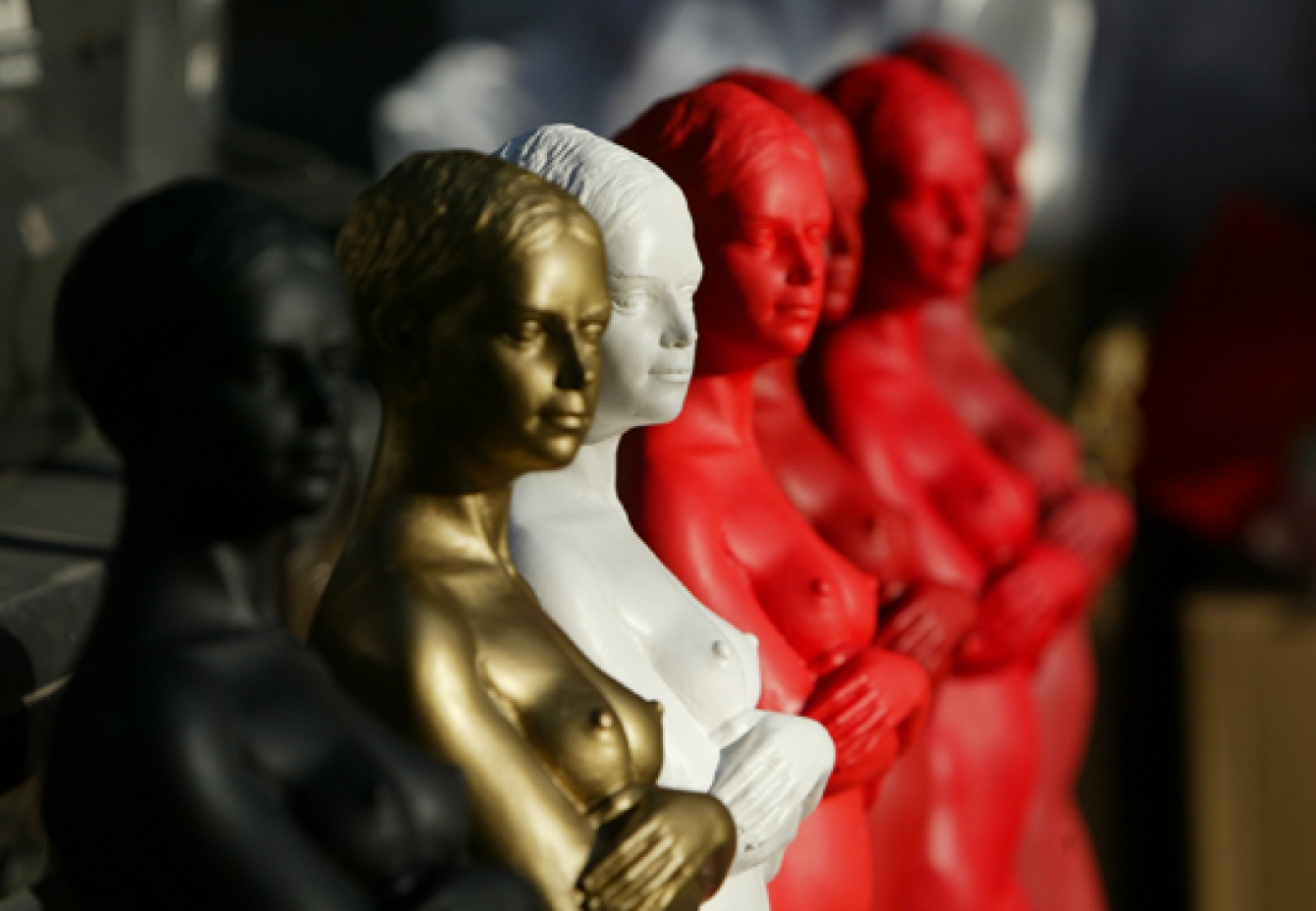 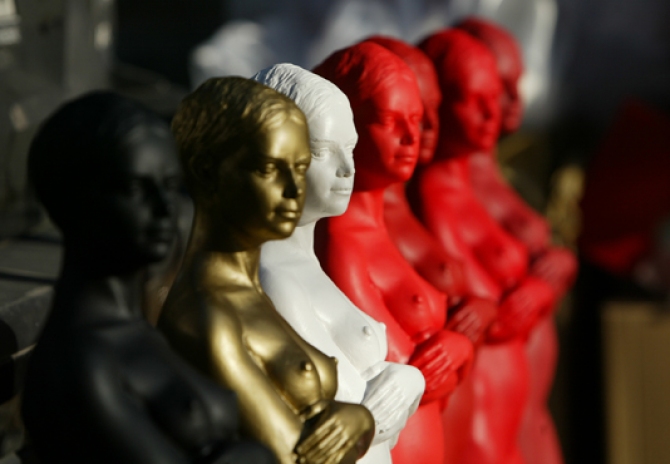 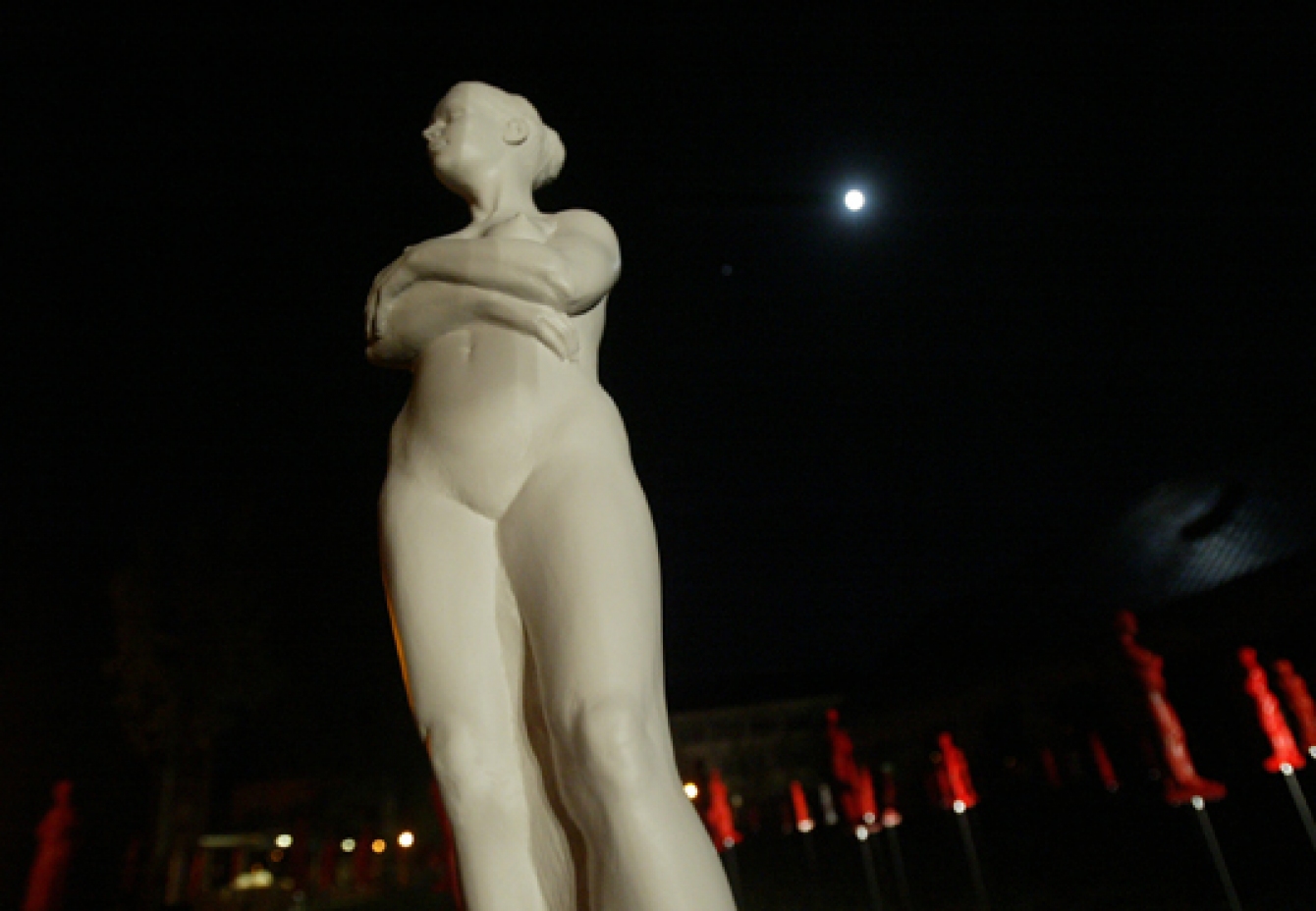 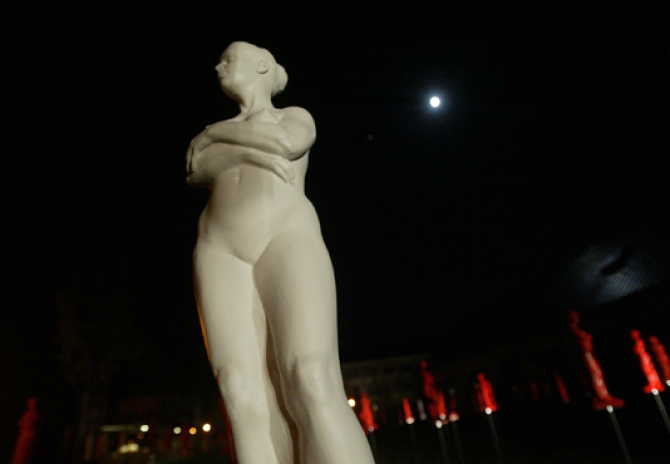 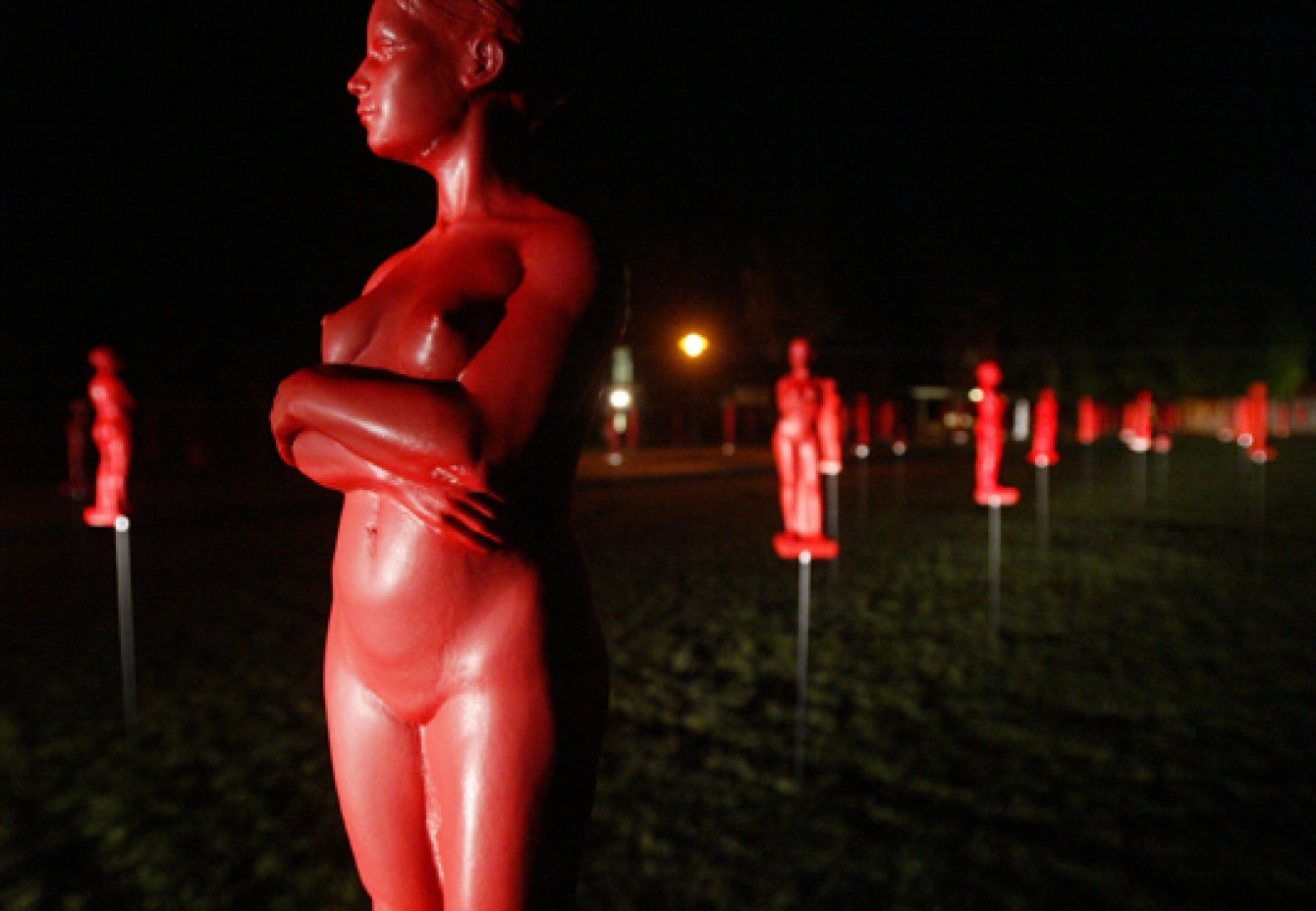 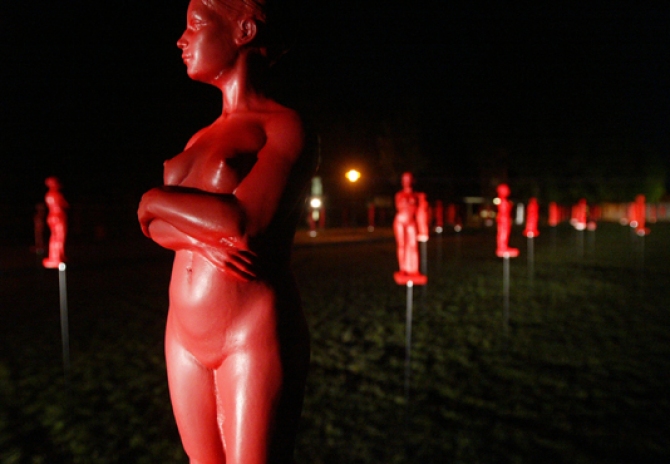 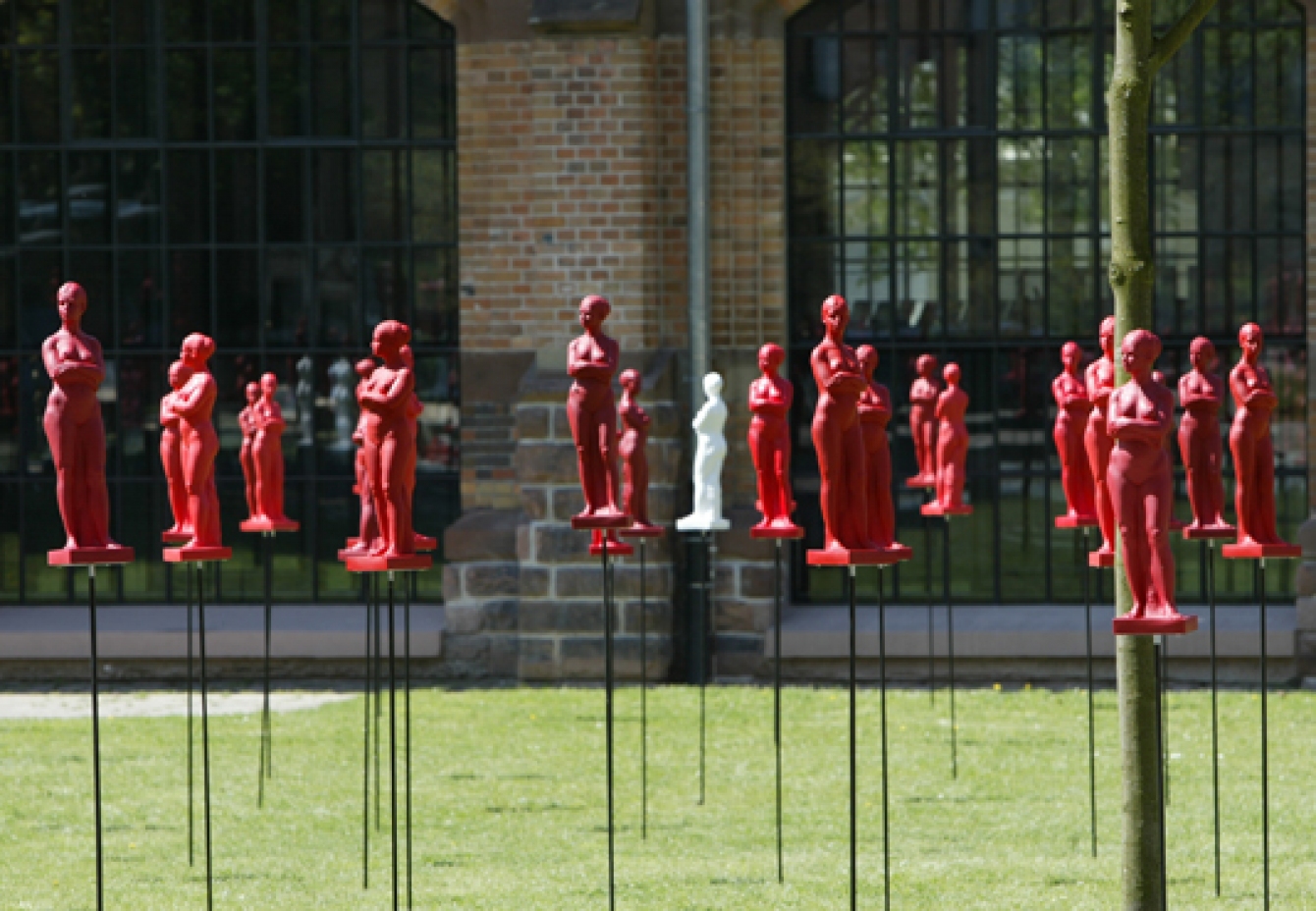 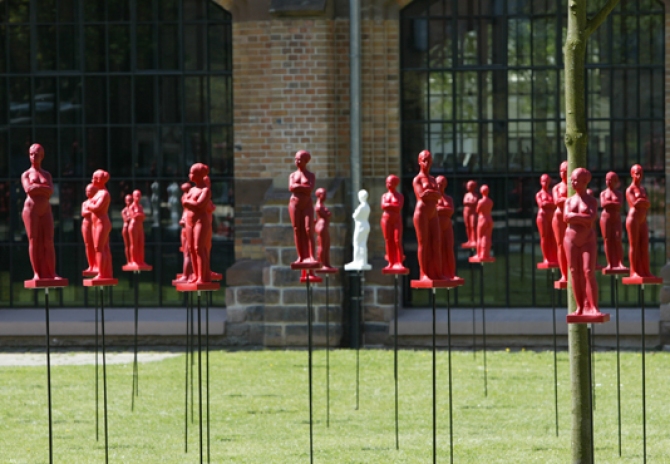 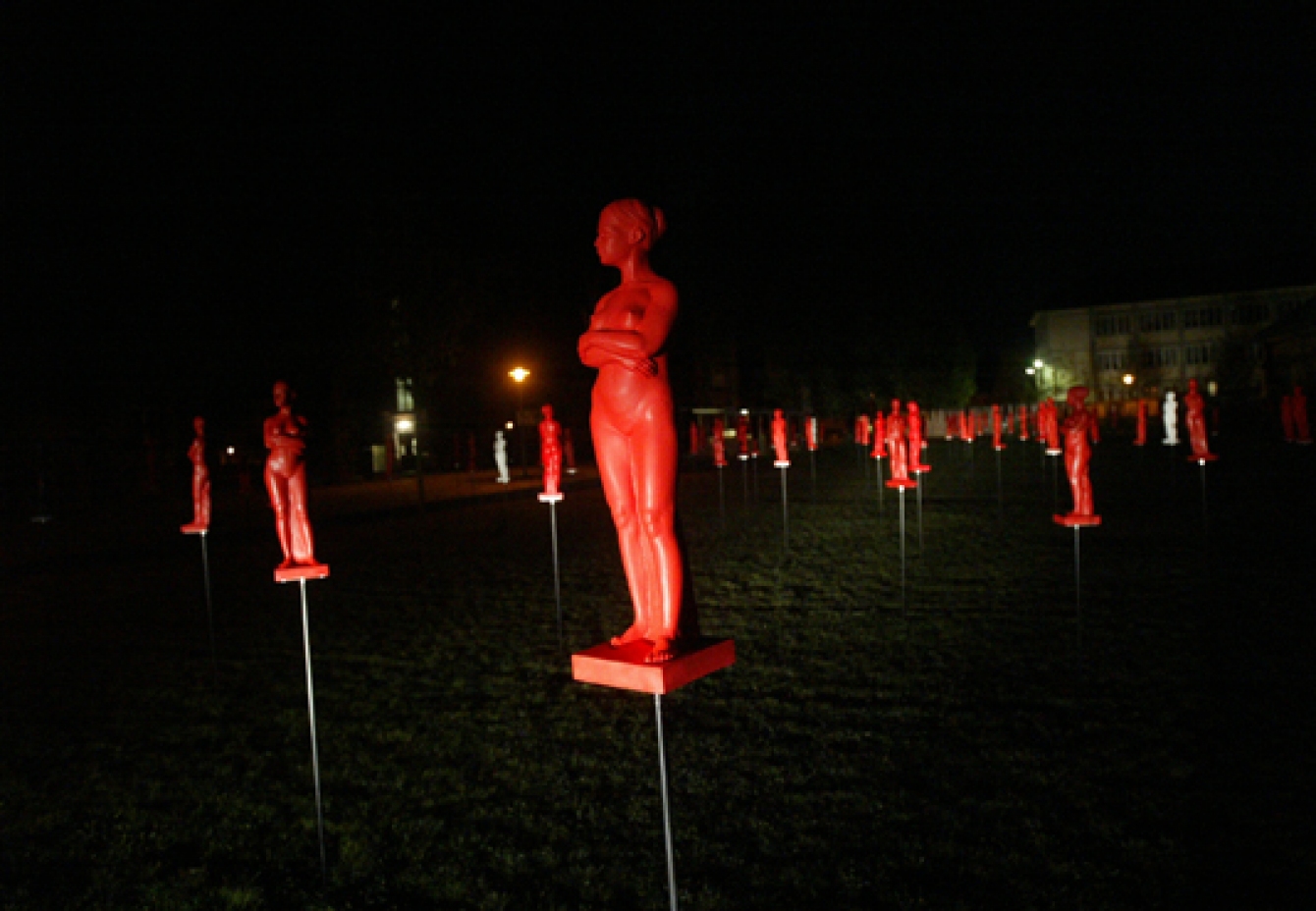 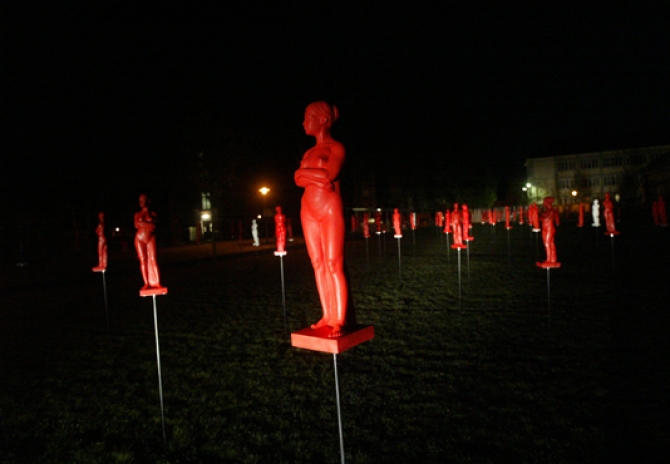