Sculptural project "Carrying Owls to Athens", on the occasion of the Olympic Games in Athens (Greece)

Taking literally a two-thousand-year-old proverb coined by Aristophanes, the Greek poet, Ottmar Hörl carried 10,000 owls to Athens. In the direct vicinity of the Olympic stadium, he created a 4,000-square-metre "Owl Grove" whose structure transformed the five Olympic rings into five coloured squares. This sensual exploration of something essentially superfluous developed a momentum that has fascinated many people: the owl, also a symbol of wisdom, has come to be a sign of mutual understanding across borders and carried this idea around the globe as a message from the artist.

"I would like to present a surprising version of this saying in staging something familiar in an unfamiliar way, thus starting a creative process." (Ottmar Hoerl)

With his large-scale sculpture "Carrying Owls to Athens", Ottmar Hörl continues the design principle of the temporary series that characterises many of his works. Becoming, being and passing are recurring key elements in his concept of social sculpture. "I have," says Ottmar Hörl, "bid farewell to the idea of creating works for eternity. I am interested in the idea of appearing and disappearing." 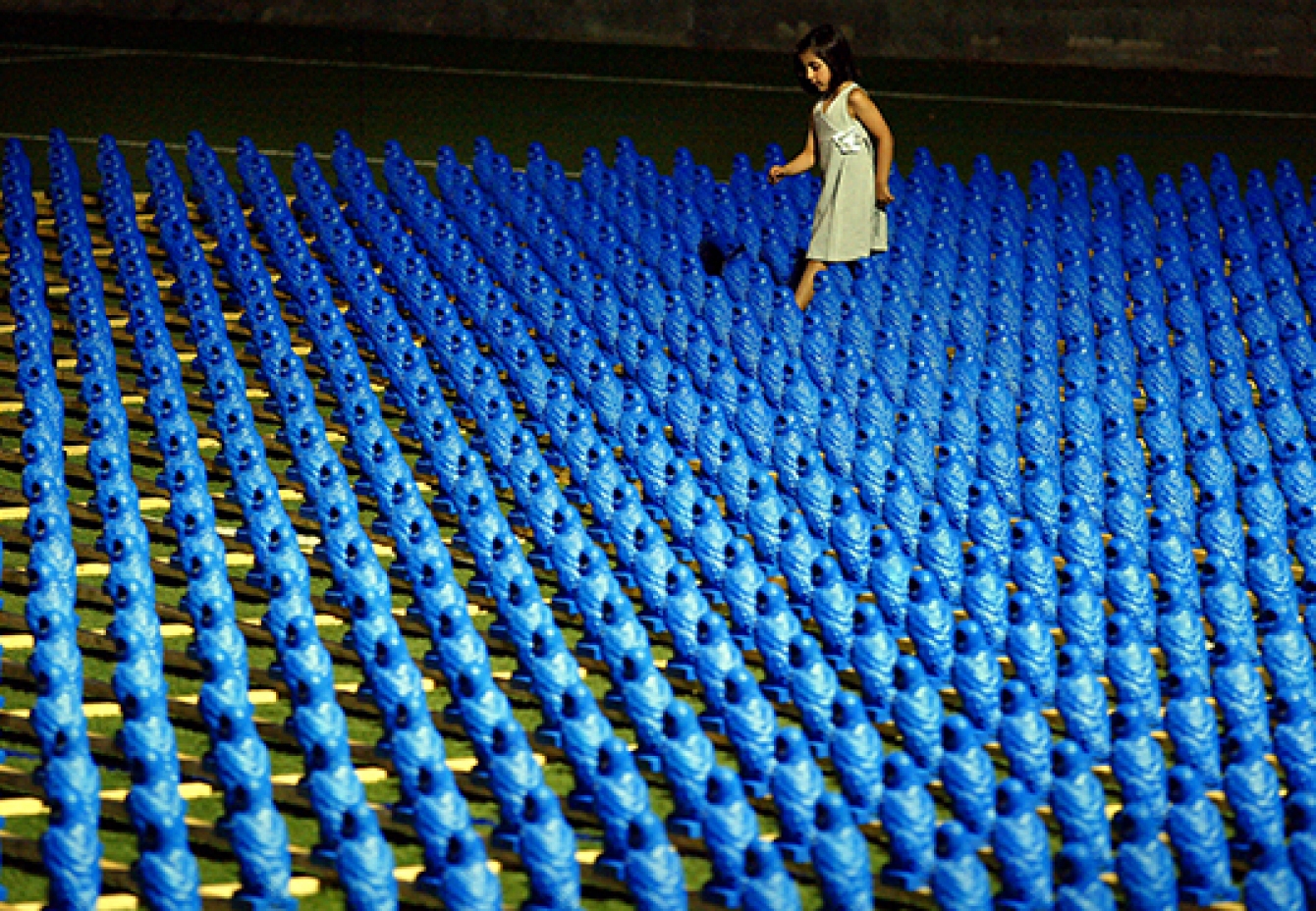 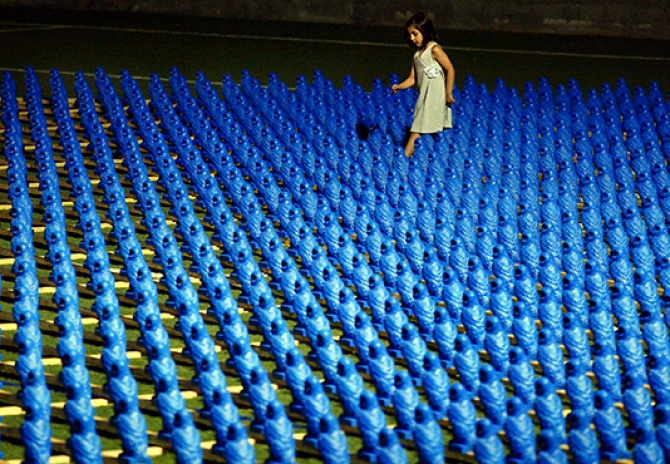 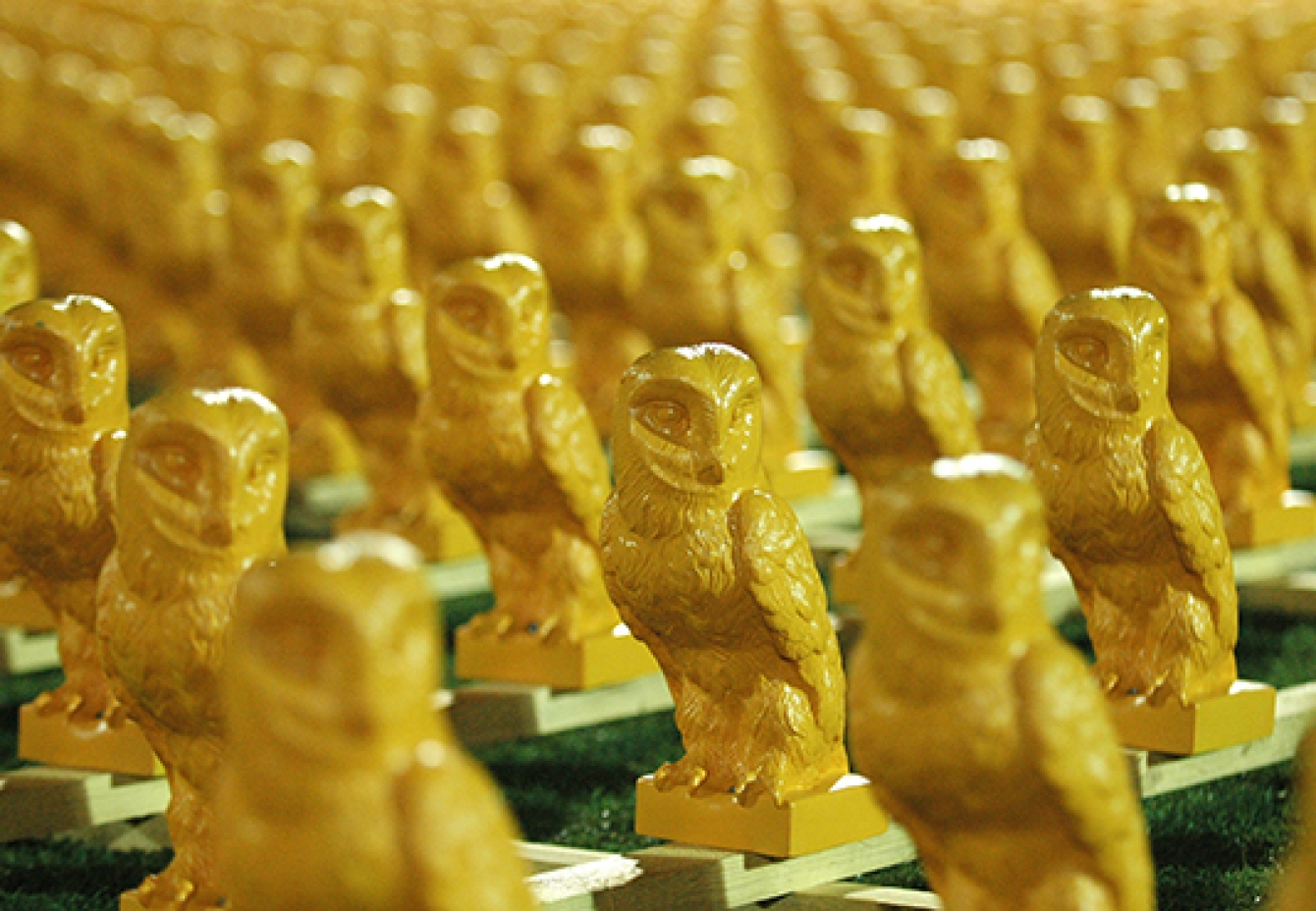 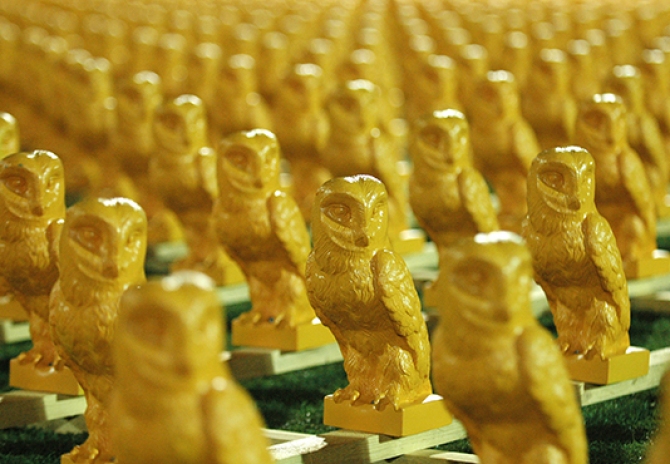 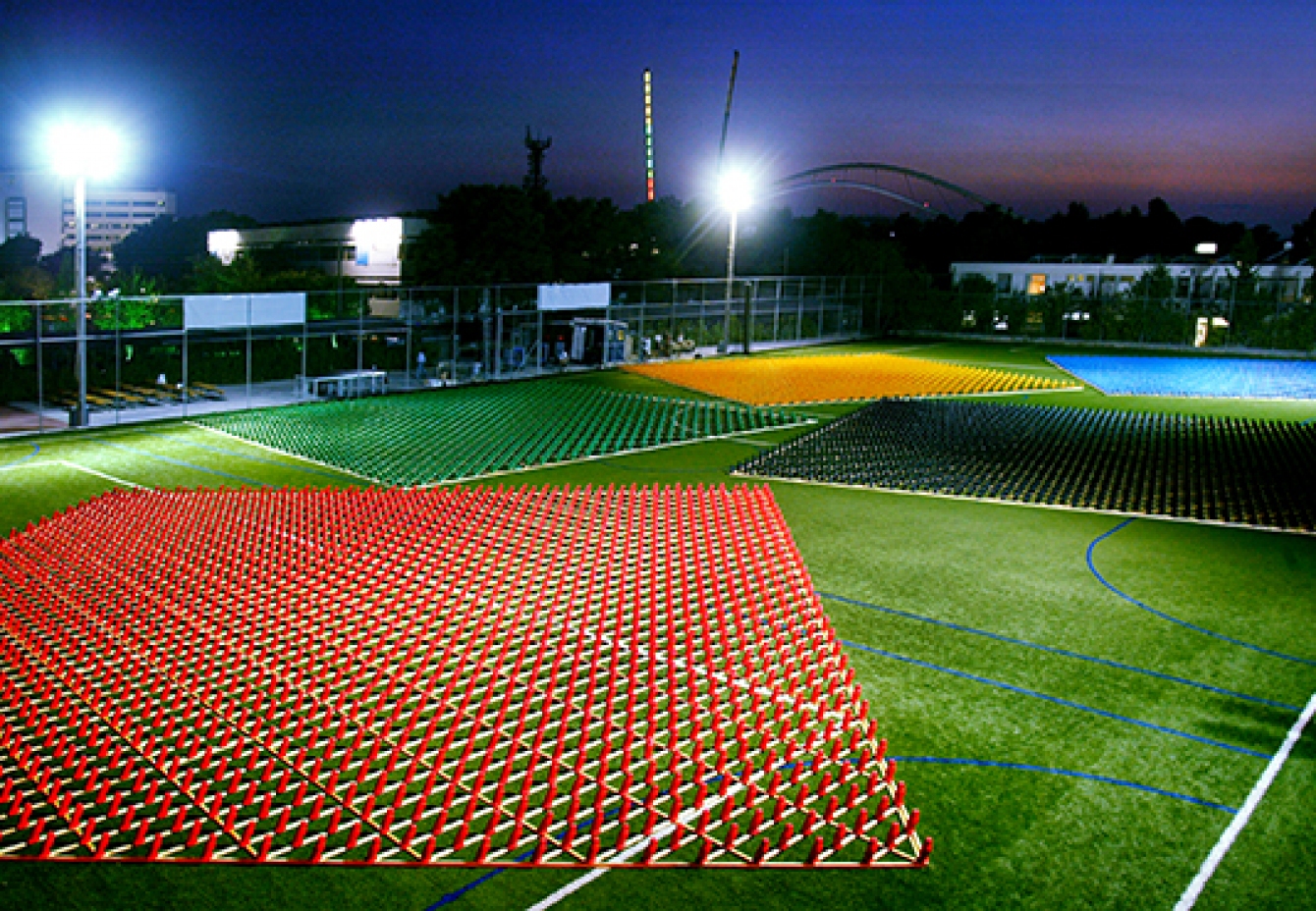 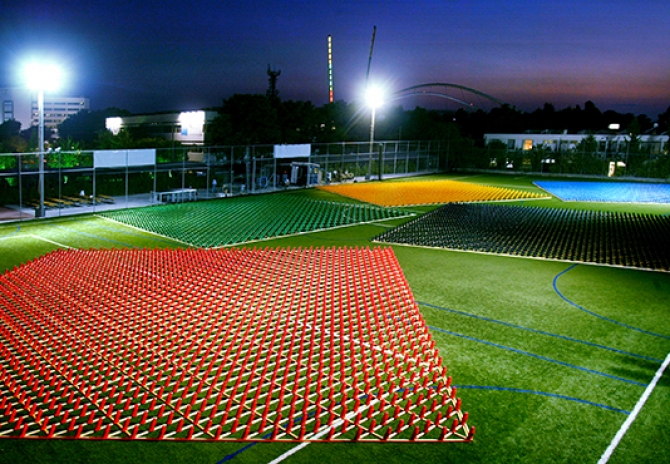 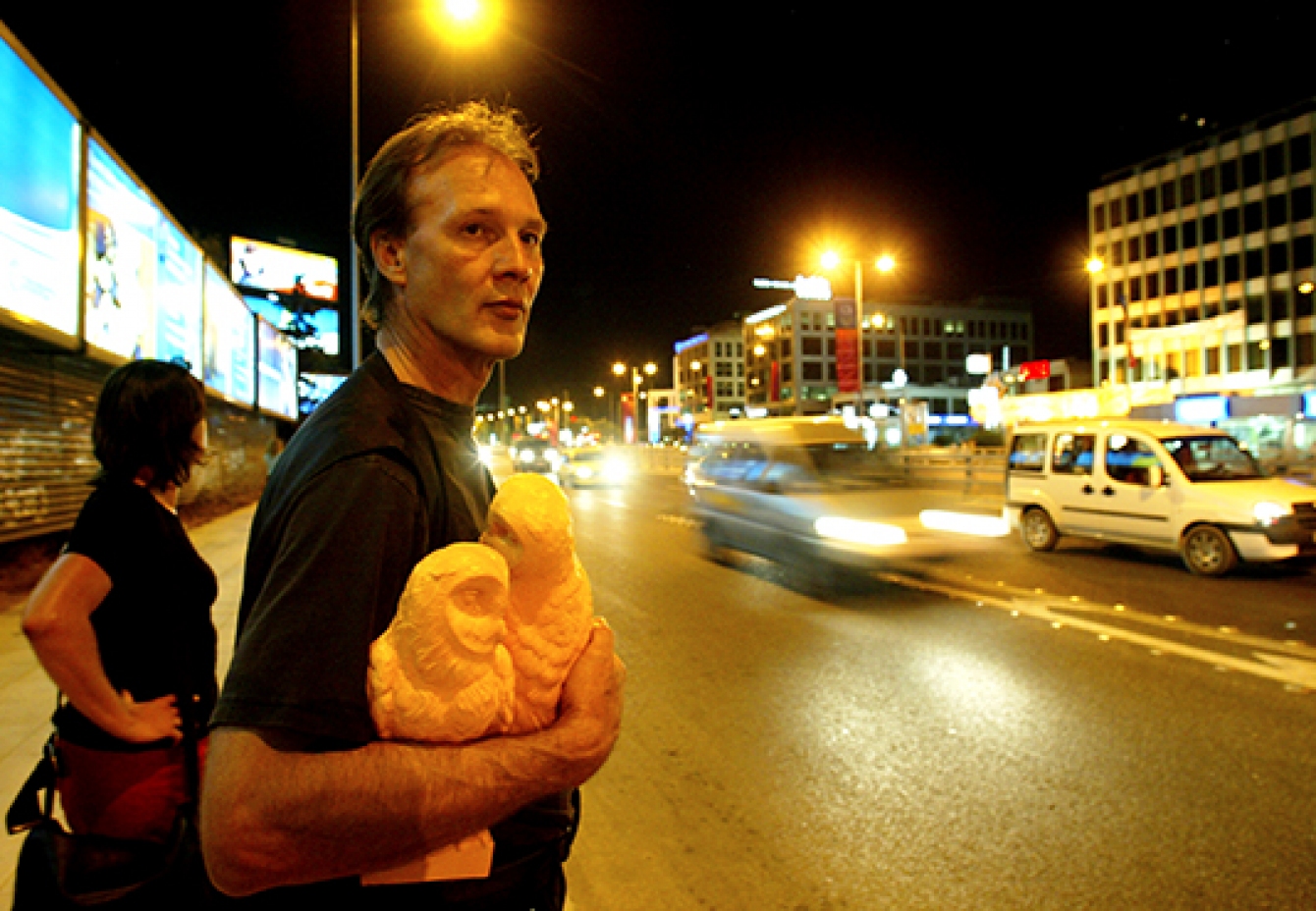 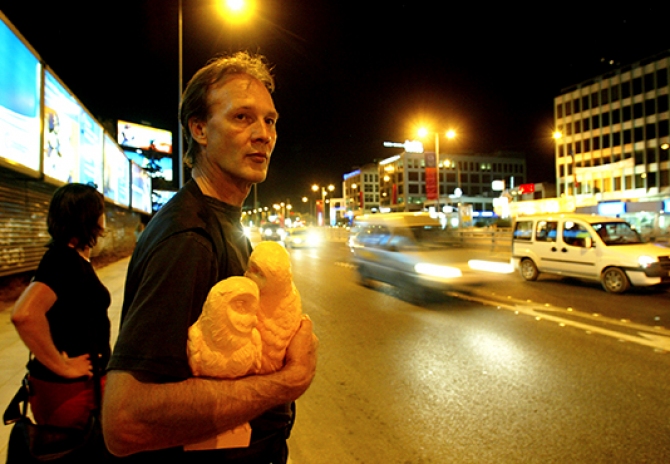 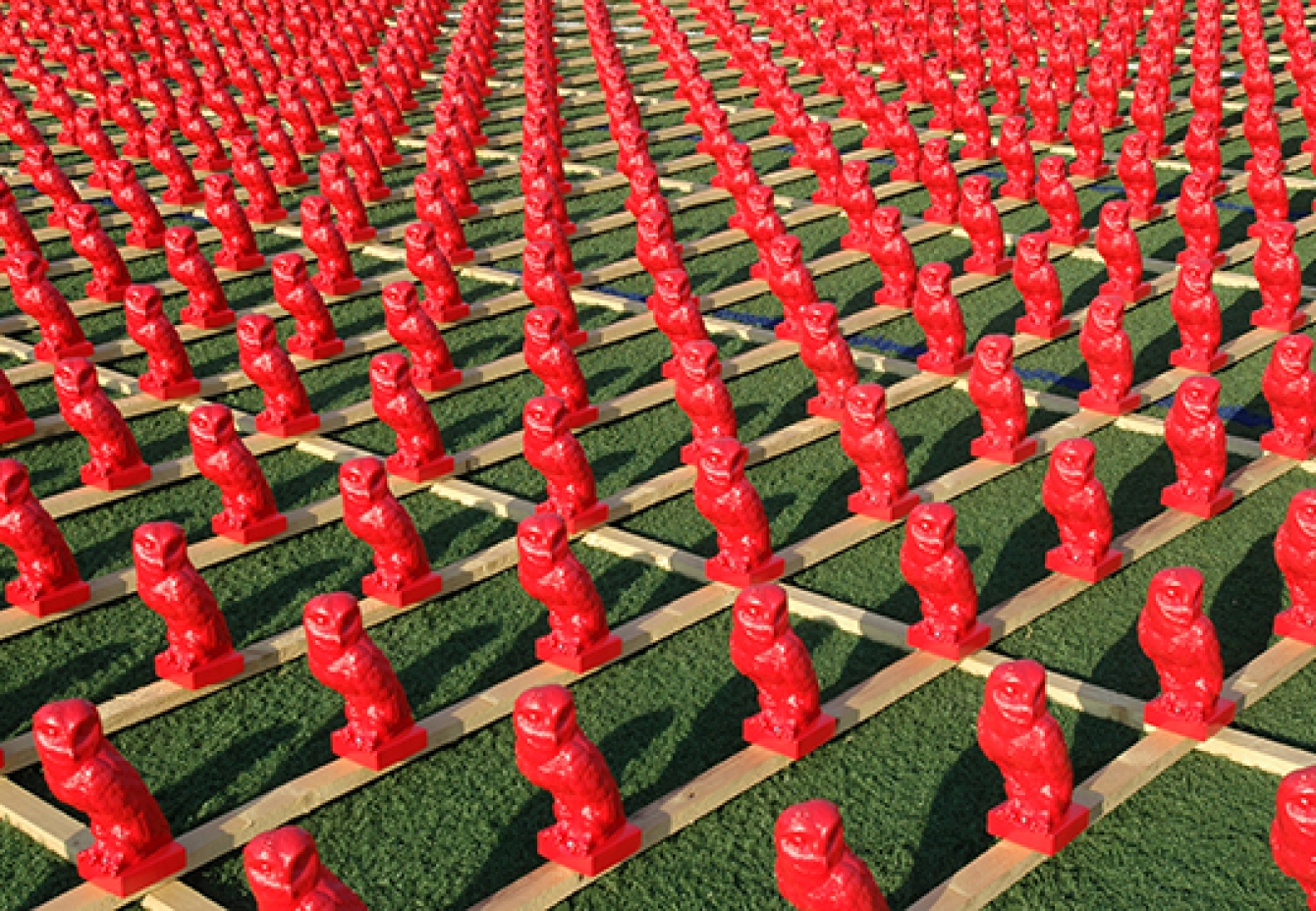 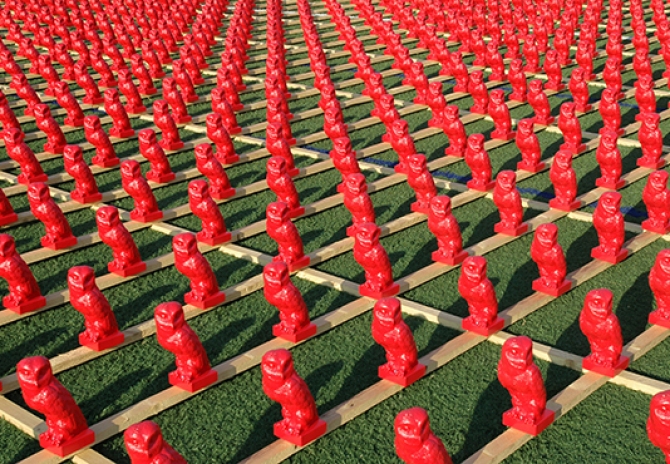 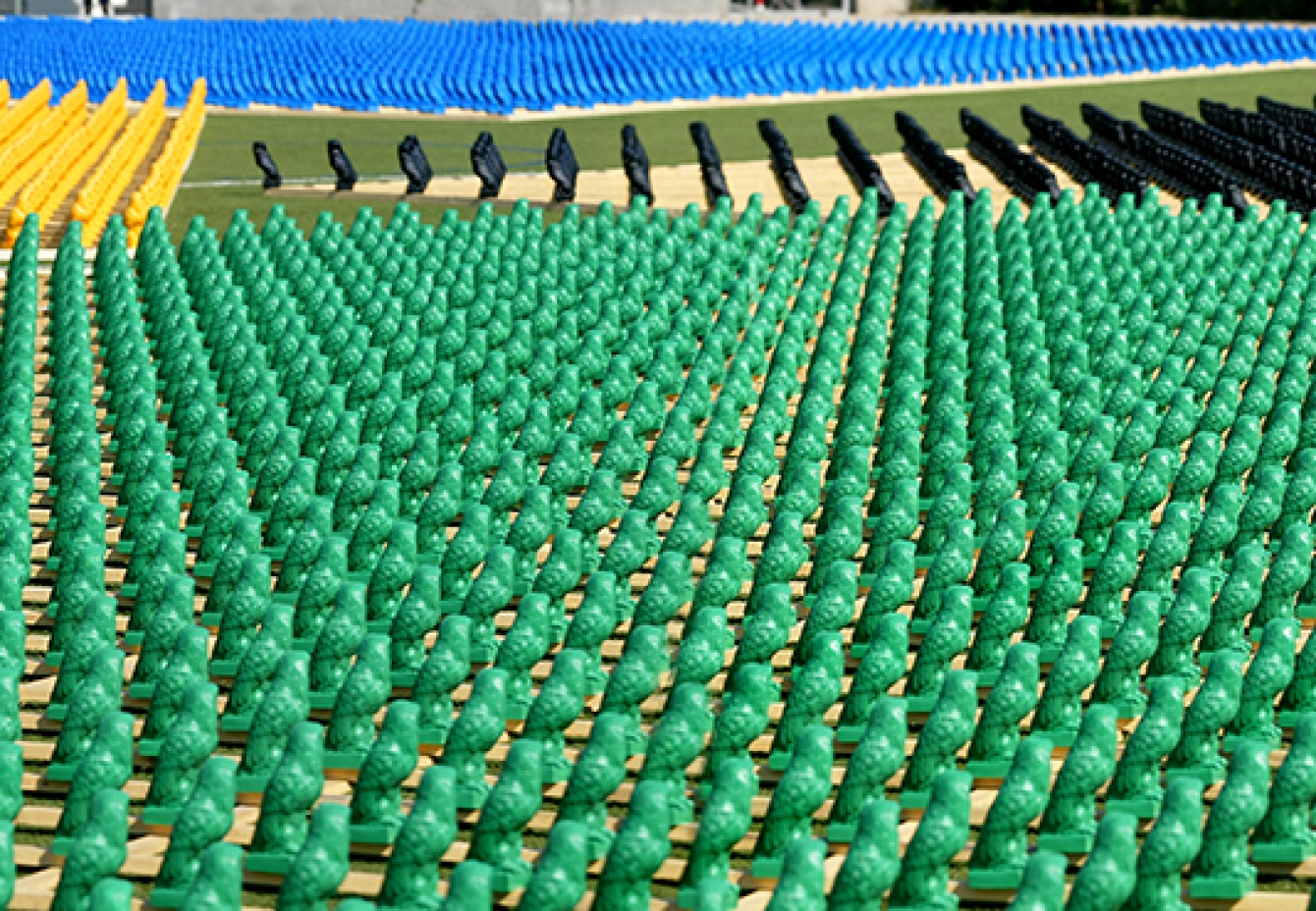 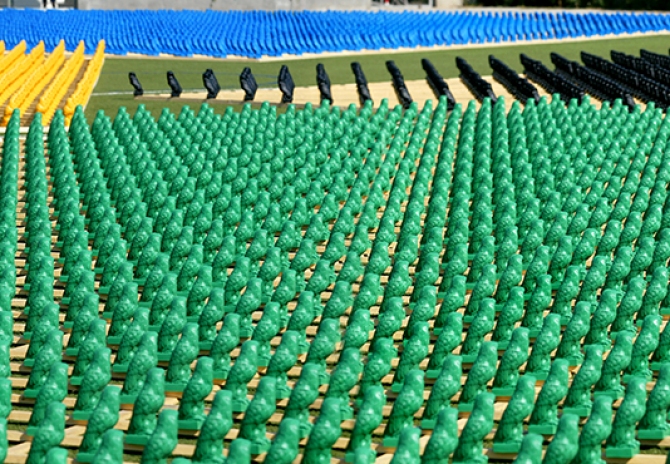 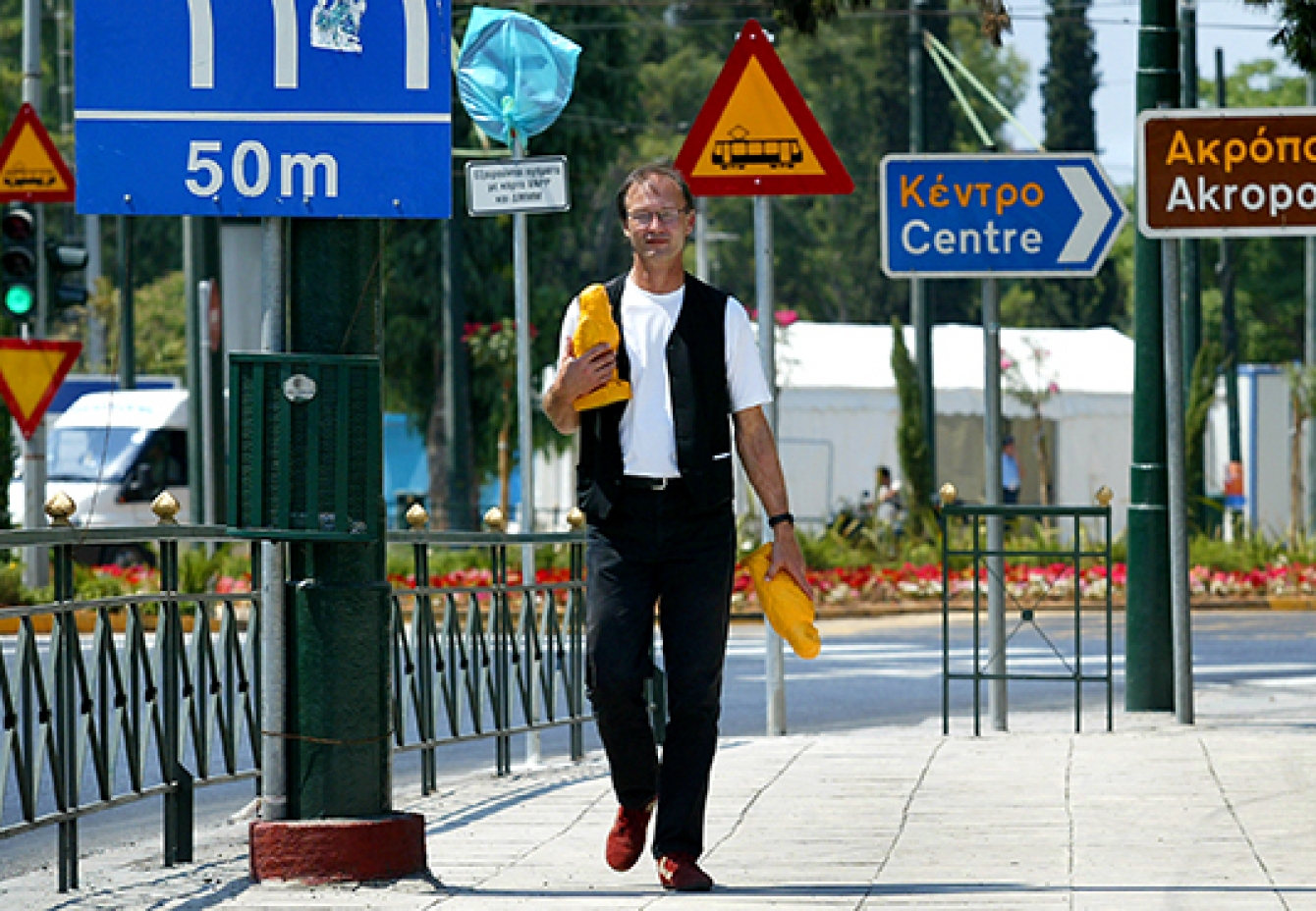 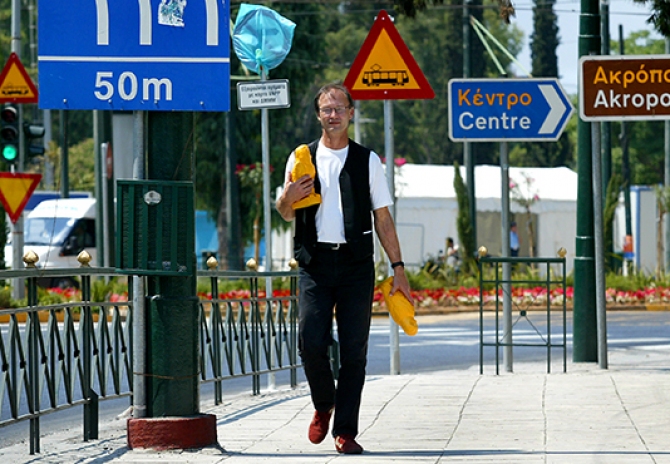