On the occasion of the five hundredth anniversary of Albrecht Dürer's world-famous watercolour, The Large Piece of Turf (1503), Ottmar Hörl has transformed Nuremberg's market square into a 2,500-square-metre visual lawn by adding 7,000 green Dürer Hares, thus revealing to us the communicative power and mobilising energy that can originate from innovative artistic conceptions – then as now.

Many aspects of Ottmar Hörl's artistic attitude have a lot in common with Albrecht Dürer: aspects ranging from a deeply European way of thinking and feeling to the pursuit of autonomy beyond every hierarchy and convention; from a fundamental respect for the world to the principle of recognising the essence of complex connections amidst radical simplicity; from the strategy of propagating artistic ideas to as many people as possible by means of serial production to the idea of evolution from art history.

By making a respectful three-dimensional re-creation of Dürer's hare, translating it to the serial principle of the twenty-first century, Hörl is celebrating the splendid return and revival of one of Albrecht Dürer's best-known works of art, thus prompting a contemporary coming to terms that will endure. No other art project has given rise to so much discussion and furore in Dürer's native city. Gaining worldwide media attention, this art event put Nuremberg in the headlines.

Hörl's Dürer Hare has since continuously developed to become a worldwide success. After presentations of the Hare in galleries, at art fairs and in institutions, Hörl went on to create his first large-scale Dürer Hare sculptures for the Albertina museum in Vienna to accompany the Dürer, Michelangelo, Rubens. Die 100 Meisterwerke der Albertina (Dürer, Michelangelo, Rubens. The 100 Masterpieces of the Albertina) exhibition shown in 2014. One of these large sculptures was hauled up onto the Albertina's shed roof by a crane, another was paraded through Vienna's city centre as part of an art performance. Subsequently, Hörl was the first German artist to be invited by the Daegu Art Museum in South Korea. In 2015, twelve large-scale serial Dürer Hare sculptures were on show for almost one year in the museum's outdoor space, delighting the Asian audience. 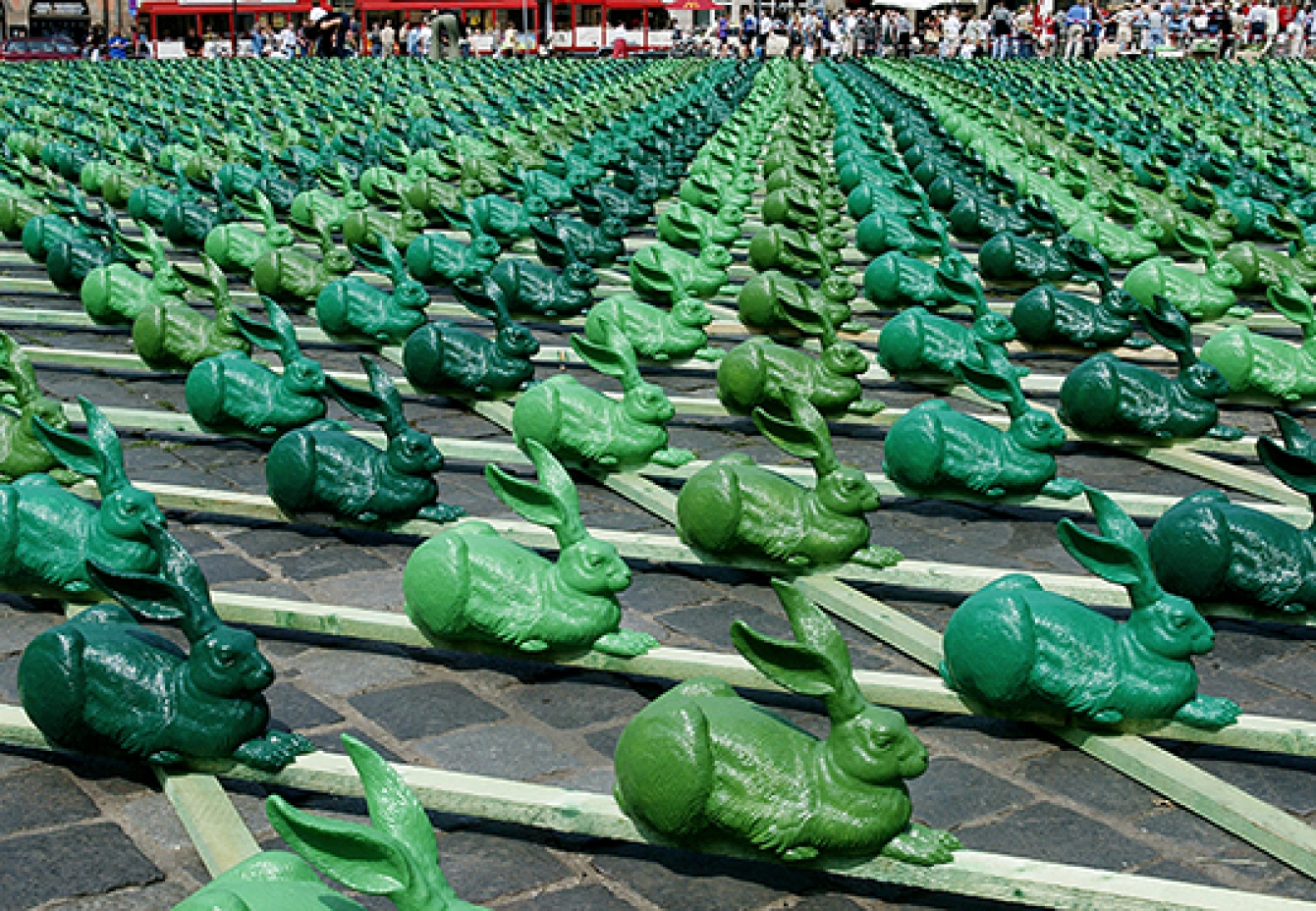 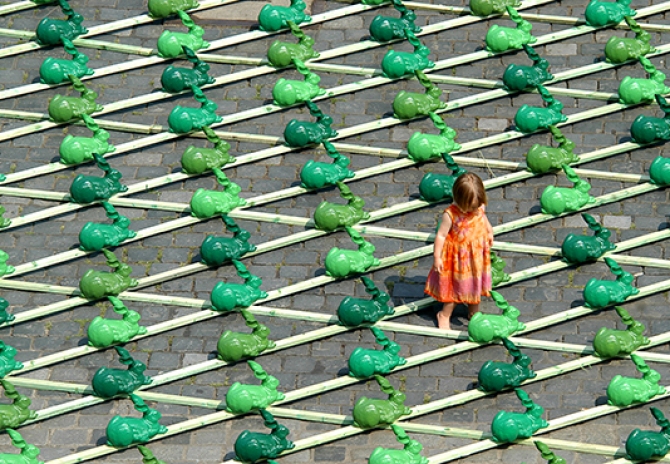