One can fly to it using Google Earth, or pay a visit to it in real life. The "Monument to Luck" has been erected in Frankfurt am Main, at Rödelheimer Landstraße 202, to be precise. It is the first of its kind and was created by Ottmar Hörl.

Unlike in former times, the "Monument to Luck" is not an obelisk, a triumphal arch or a tower commemorating a historic event or erected in memory of a certain individual. It is no engineering marvel either but a concept in keeping with the age of globalisation. It could have been placed anywhere without being arbitrary.

The word "GLÜCK" [LUCK] – written on a plain windowless façade – sets apart a simple block of flats as a special place. The five black letters are highly visible, they dominate the space around them, overlook billboards, traffic signs, bus stops, cars, and passers-by. One single word on architecture – just that. It has an effect, irritates, surprises, or fascinates onlookers and invites them to give thought to it.

Why not embark on a Google Earth video trip to visit the Monument to Luck? Simply click the video provided here. 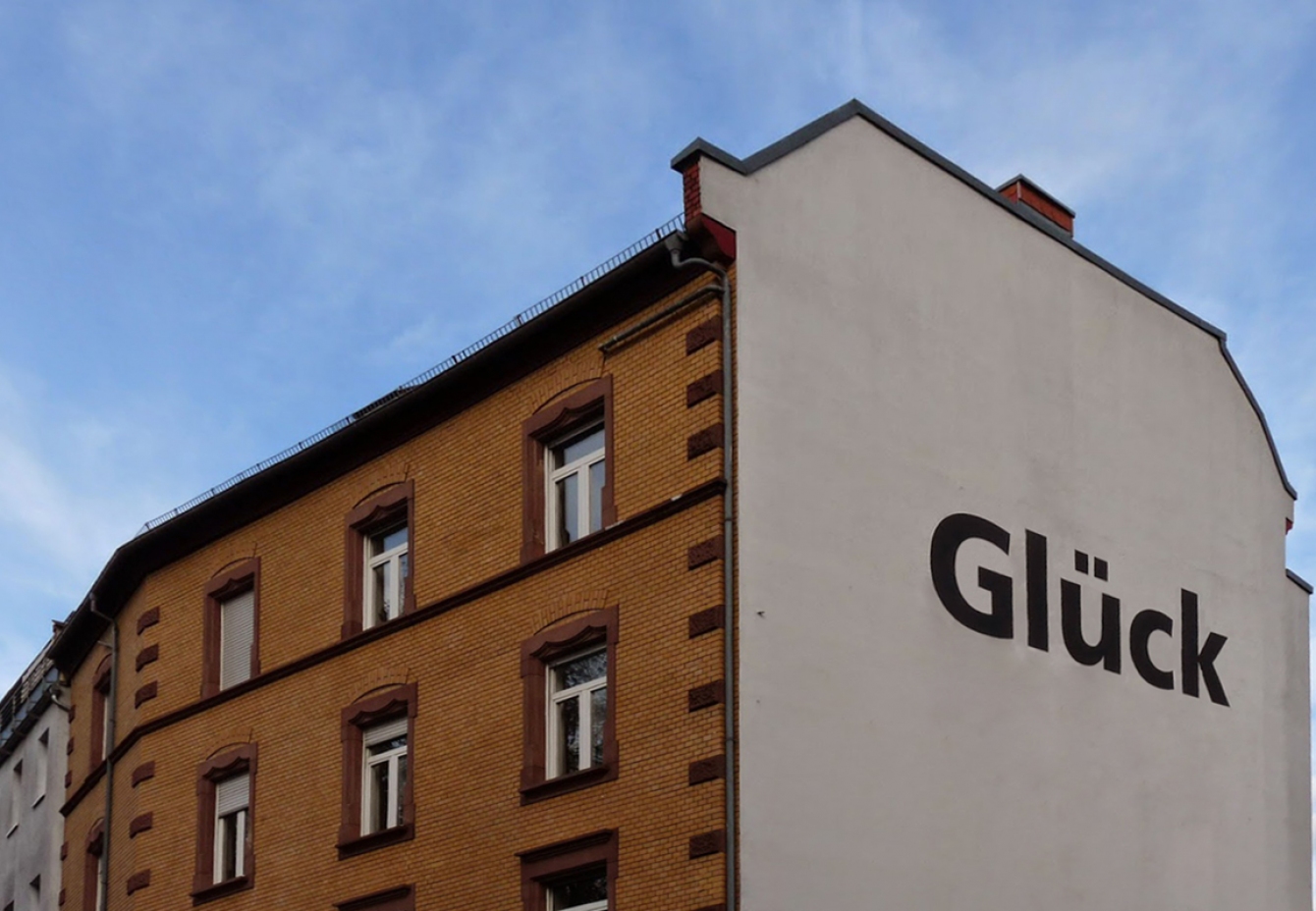 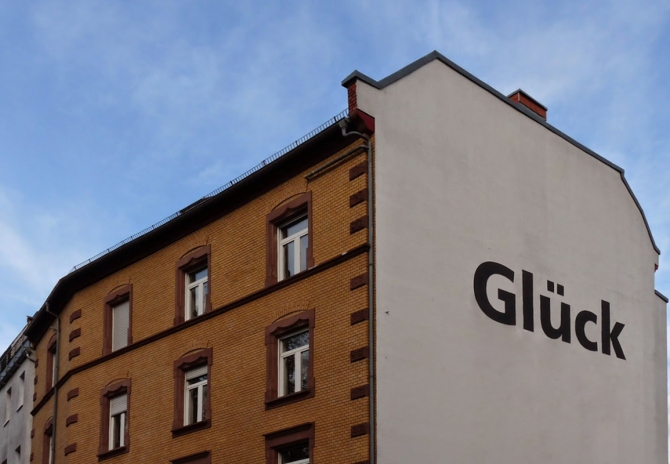