It is a well-known fact that shots are fired in Frankfurt now and then, of which the majority occurs in the quarter known as Bahnhofsviertel near the central railway station. Museums and other educational institutions had not been targeted so far. At least, not until September 1991. In the early morning hours of 12 September 1991, police hermetically sealed off the passageway between Nikolai Church and the Historical Museum, a sharp shooter wearing a uniform shouldered, aimed, and fired two shots. Since then, two bullet holes have been visible at an exactly calculated distance from each other at face level. When standing behind one of the window panes (the area is accessible to the public), you may well imagine for a few moments that the horizontal line of the shots might easily have run right through your own forehead before hitting the back wall at a right angle. A thought that, for a moment, generates a very intense sense of existence. Ballistic trajectories such as these continuously draw short-lived curves and lines through empty space around the globe, often meeting moving targets in their courses.

Ottmar Hörl has written the script for this event, a photography artist and sculptor, who – personally – is a man of disarming anti-militancy. His artistic concepts, however, recurrently contain violent elements. The two shots fired in the dawn intentionally structured the room (if such thoughts may be permitted for a moment). Two highly energetic parallel lines aimed at a 90-degree angle at glass and the wall – they were real and physically existent, if only for split seconds, to then immediately become imaginary lines. That is, more or less, the kind of interpretation Hörl himself favours.

There is another, which places political imagery in the foreground rather than formal aspects – and it seems directly plausible. Two shots fired at face level at the front side of a museum are as much a determined as they are a coquettish comment on the request for art in public spaces – they denote consent and denial at the same time. Apart from that, they are last words (speechless, but distinct) about politics that assess contemporary art primarily as a factor that will, in the long run, generate indirect returns for the image of the service providers' location; politics that then turn around and decorate the squares and parks of the cities, almost without exception, with mediocre artistic products as you would decorate a parlour with all kinds of knick-knacks. However, this type of material-consuming and costly art has been capable of winning a majority. Two shots at face level therefore definitely represent a cultural political situation. By the way, they were inexpensive as well as consuming very little material. (Manfred E. Schuchmann) 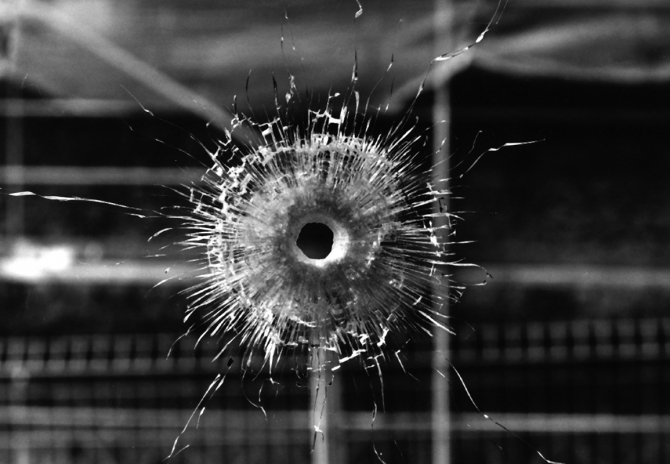 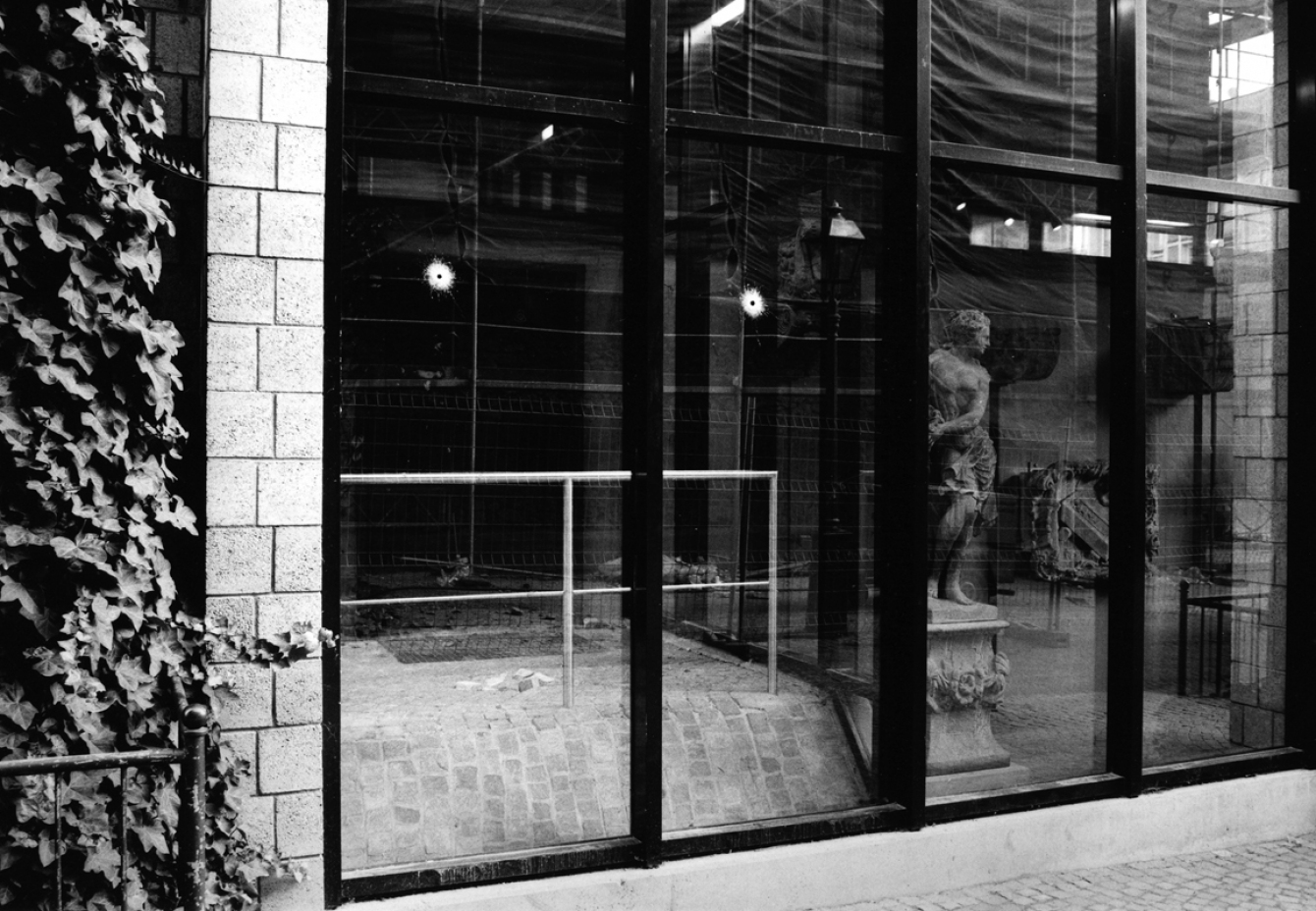 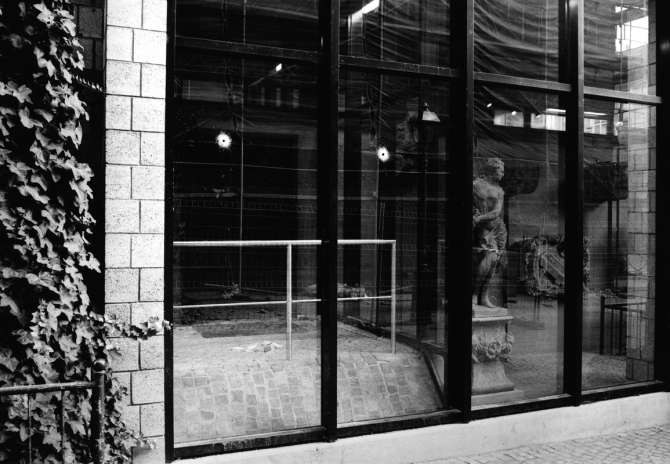 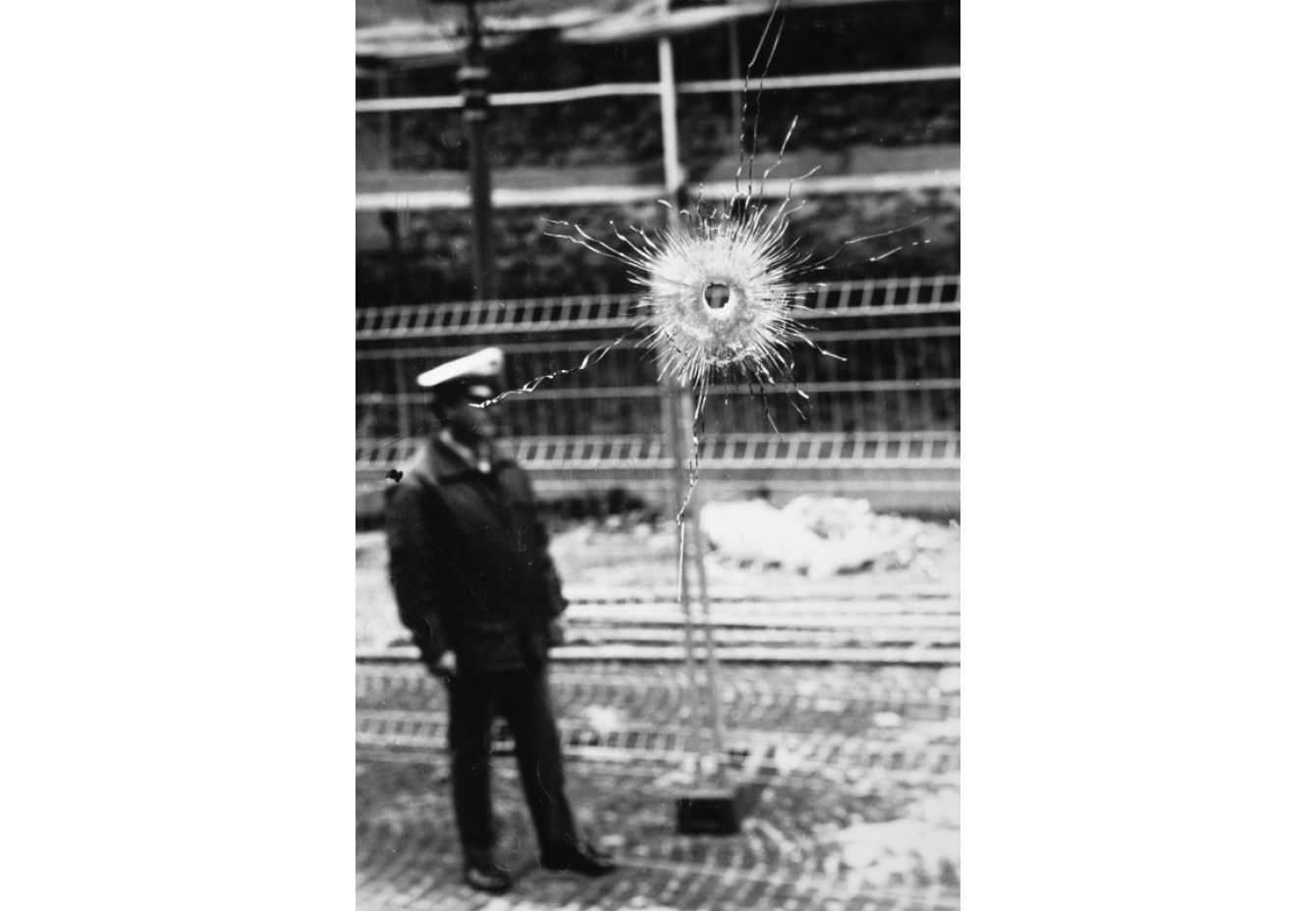 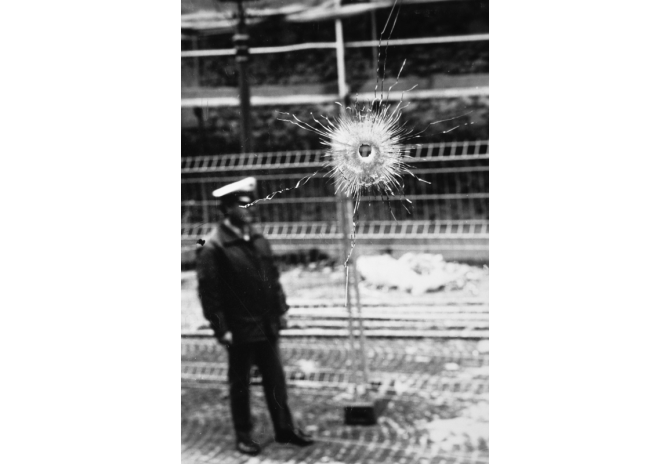