This contemporary installation with the Celtic Prince as an ambassador of "Culture in Hesse" provided an impulse to raise public awareness for the cultural treasures of the state, in particular the Celtic world, and to encourage people to take a closer look at the cultural heritage, the sensational archaeological finds, and their scientific examination at the Glauberg.

The legendary Celts have always been fascinating. The ancient tribes that emerged "from the darkness" continue to inspire people's imagination to this day. With none of their written records surviving, legends have formed, interpretation and speculation prevail. As a symbol of, and reference to, the mysterious, the mythical, associated with the Celts, Hörl deliberately chose matte black for his contemporary serial sculpture in order to "emphasise the dignity and mystery of the figure," said Hörl.

The installation was on display in Frankfurt am Main's Opernplatz square from 8 to 14 October 2018, and at Römerberg from 30 October to
5 November 2018. Individual sculptures from the project were also presented in different buildings open to the public in Hesse. 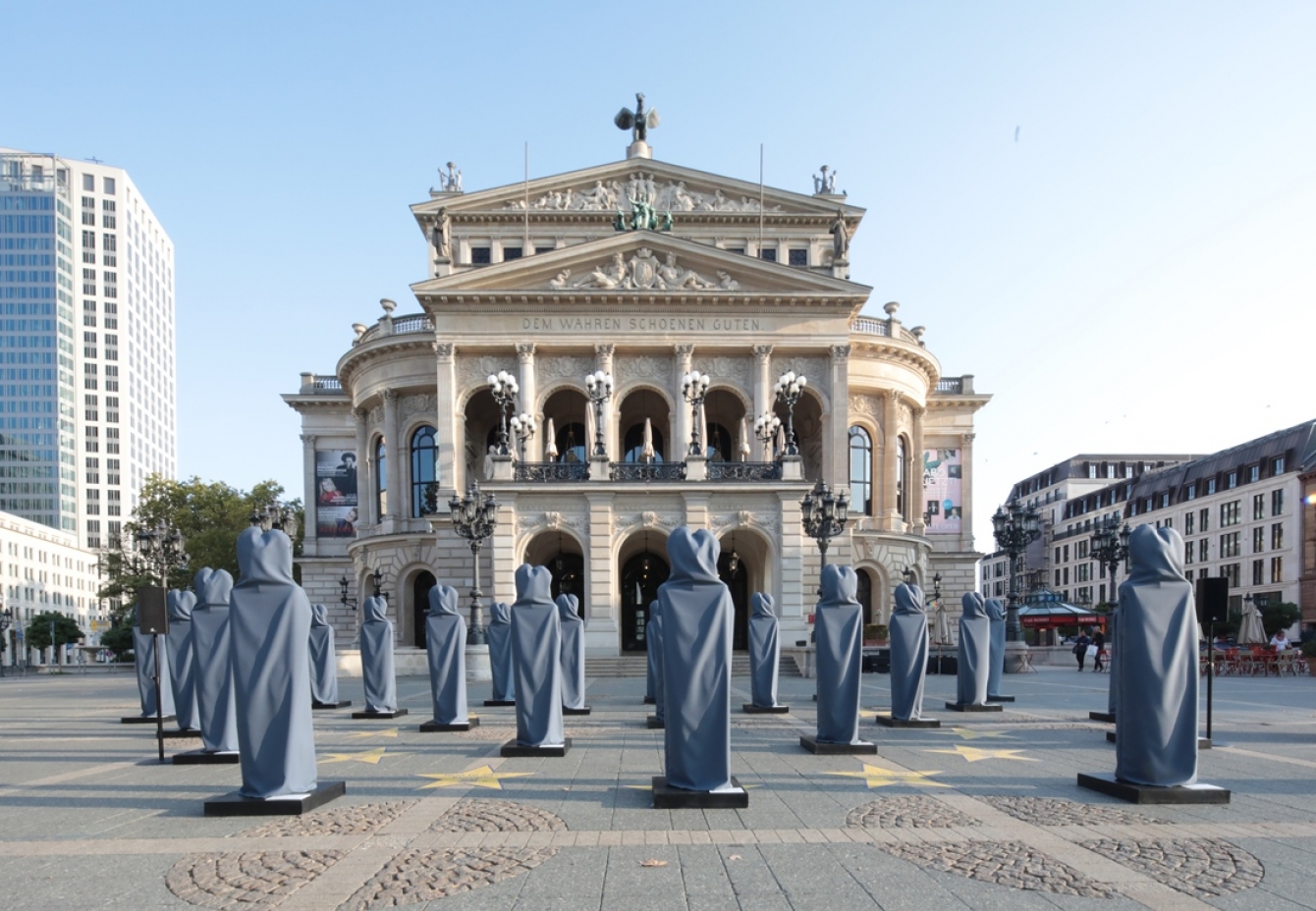 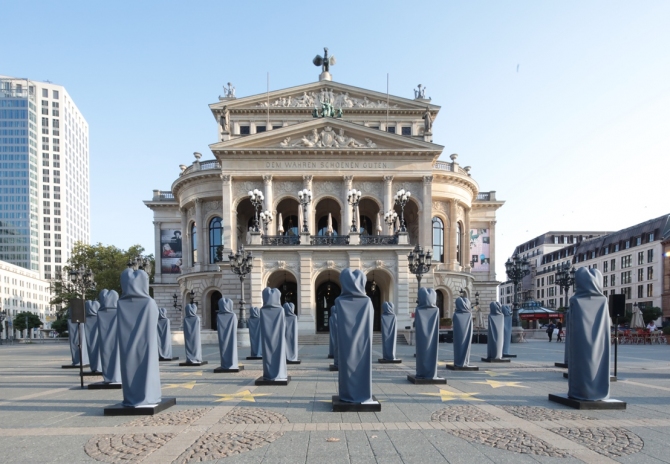 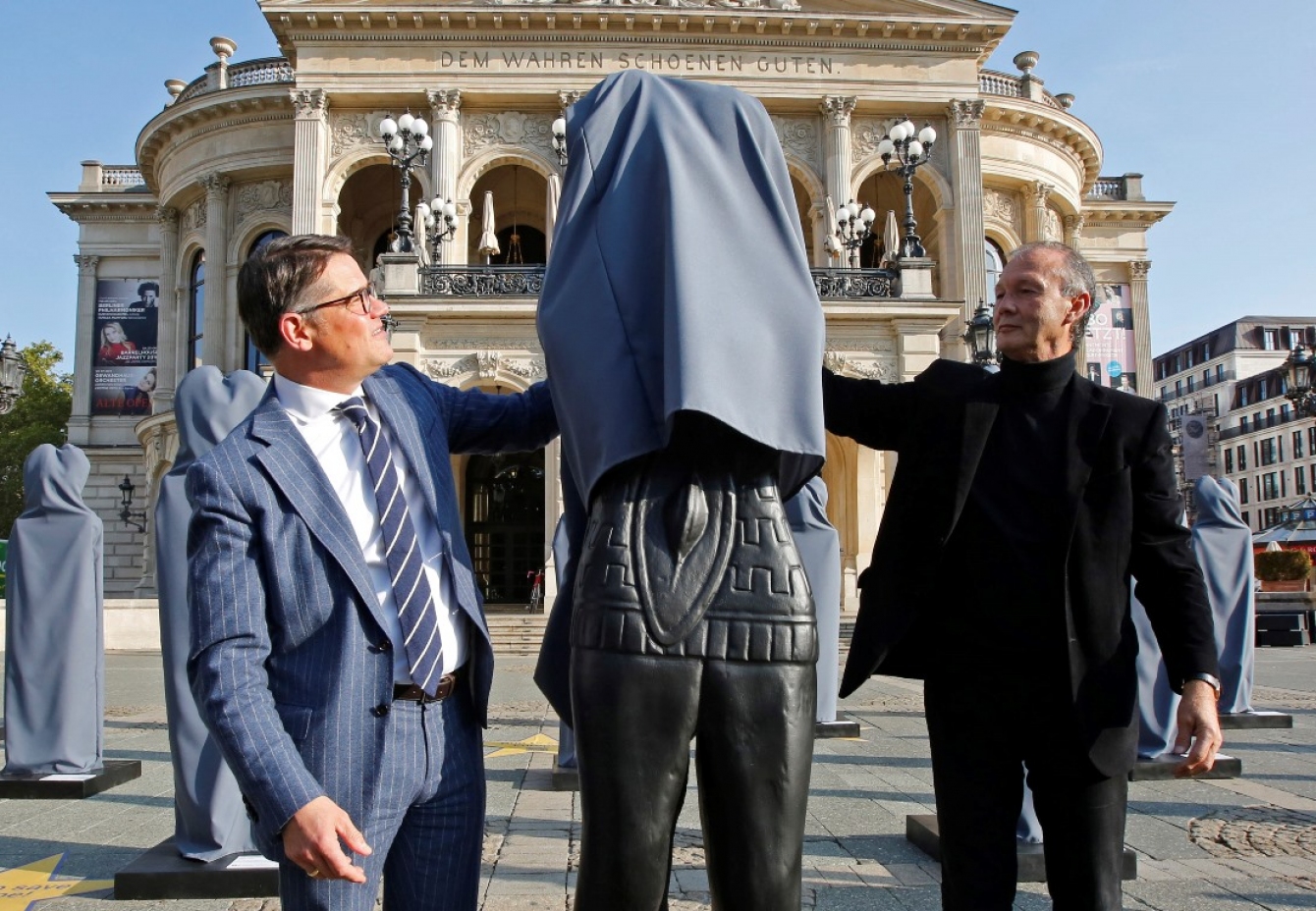 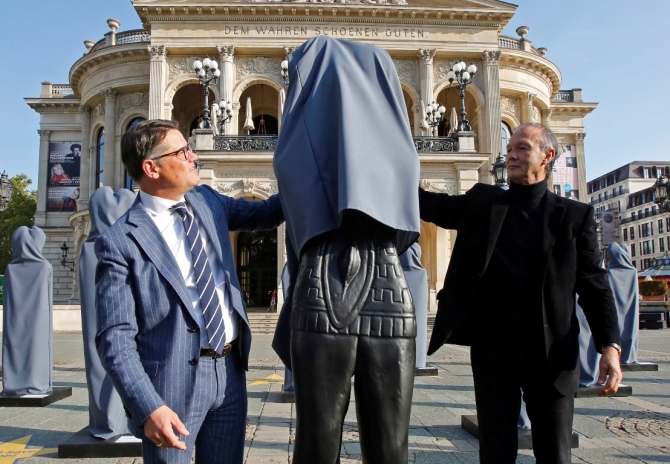 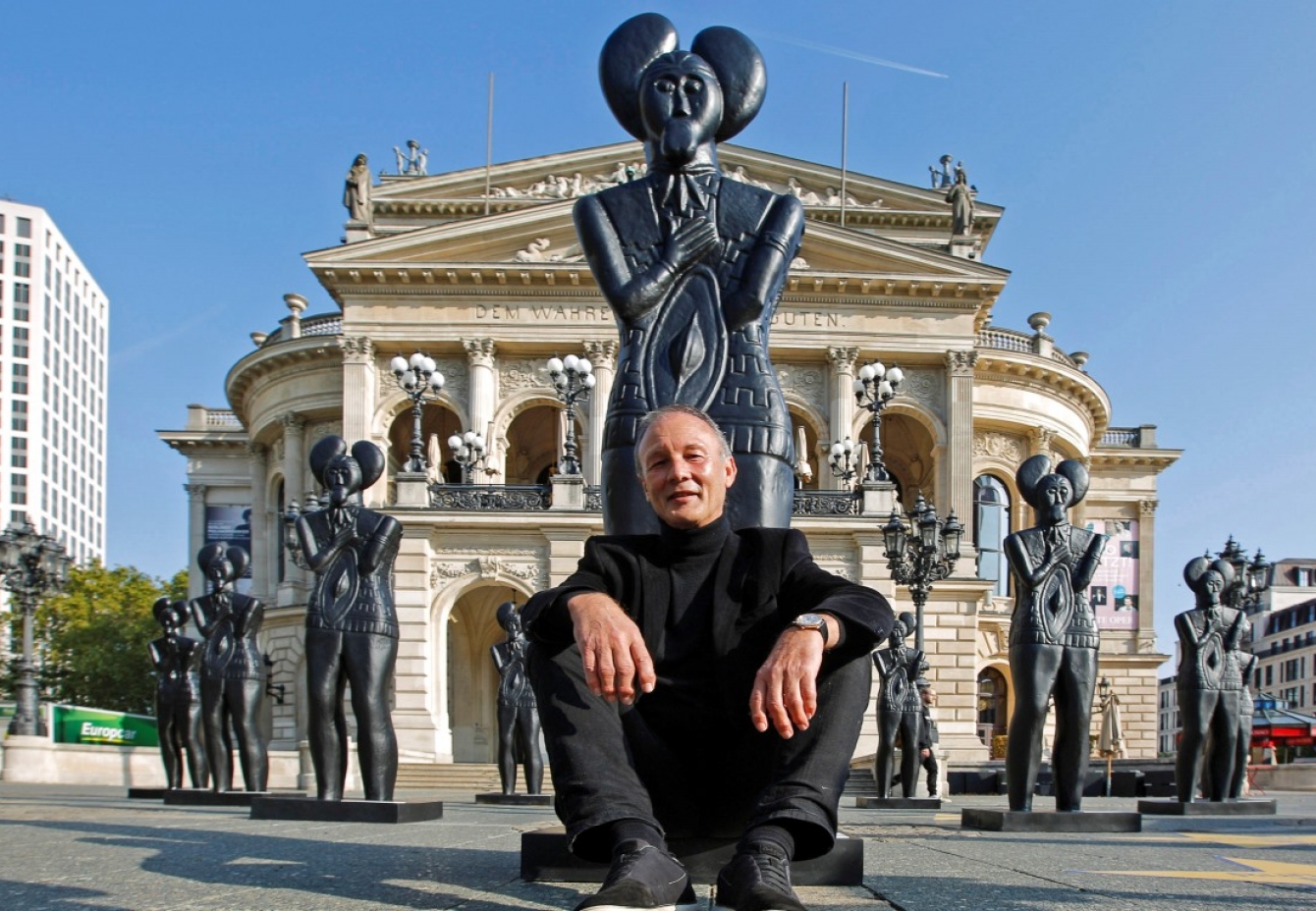 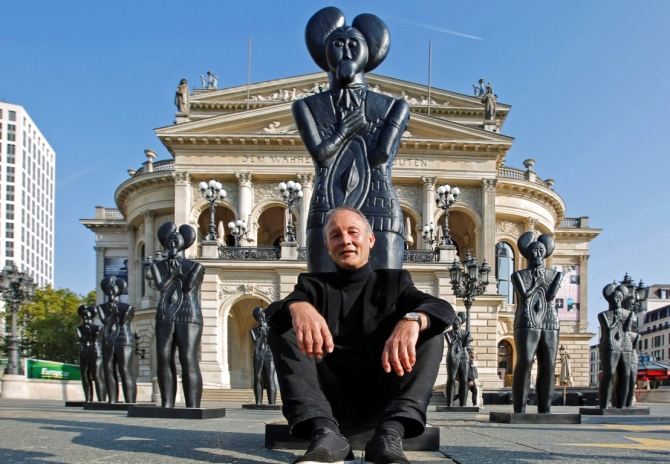 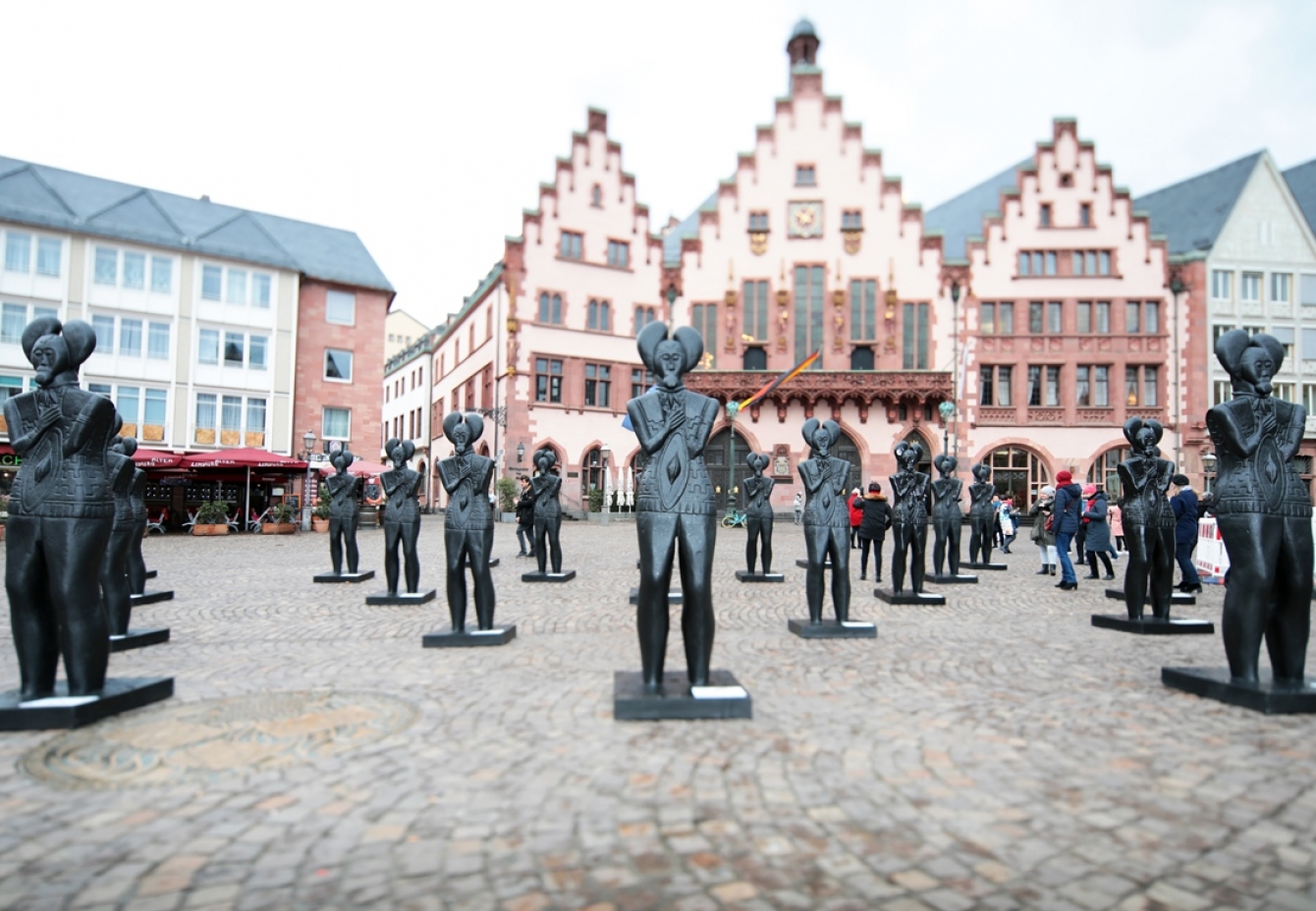 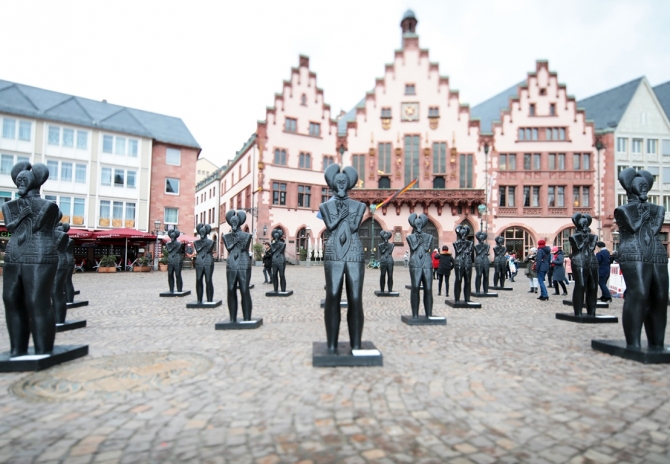 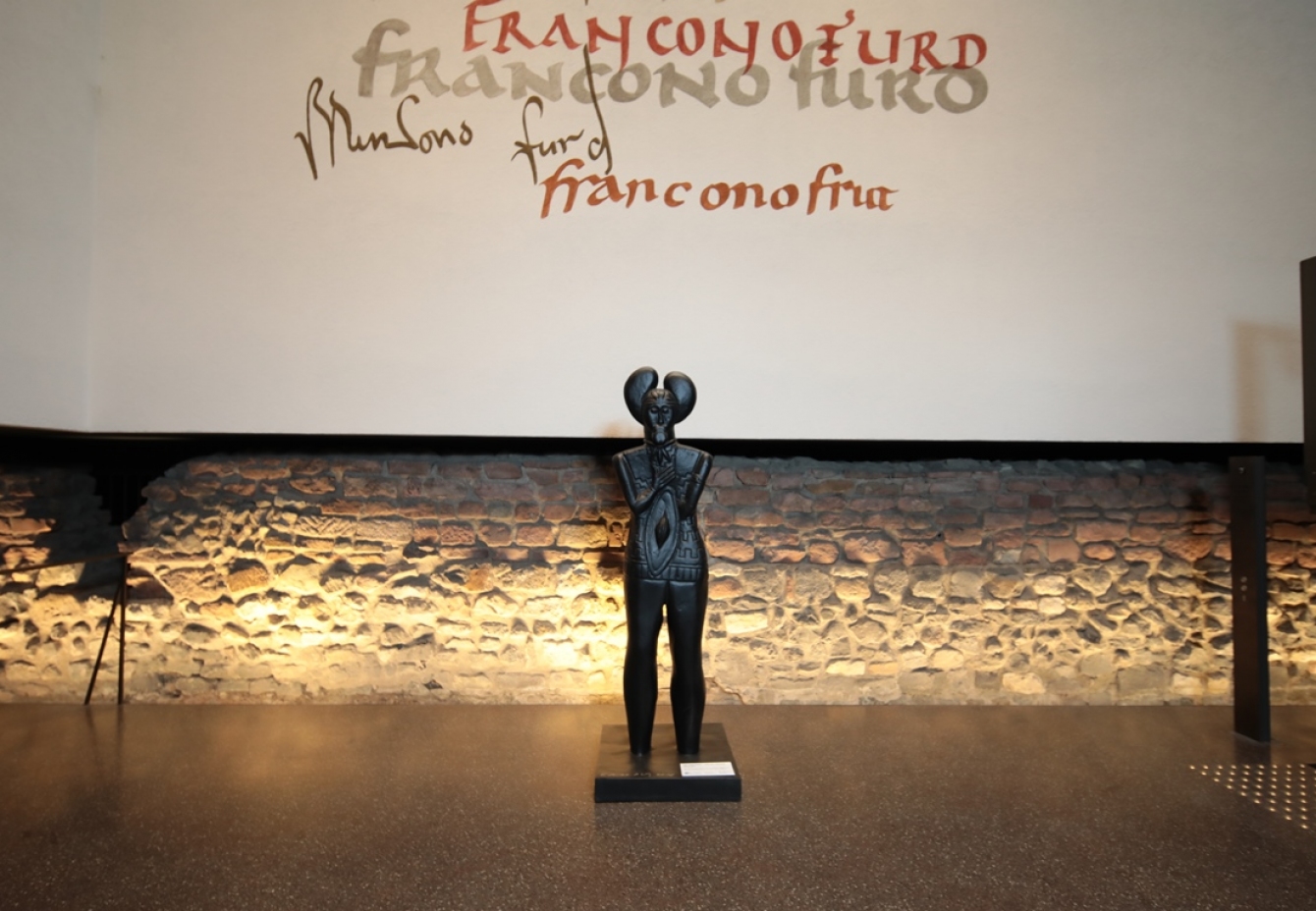 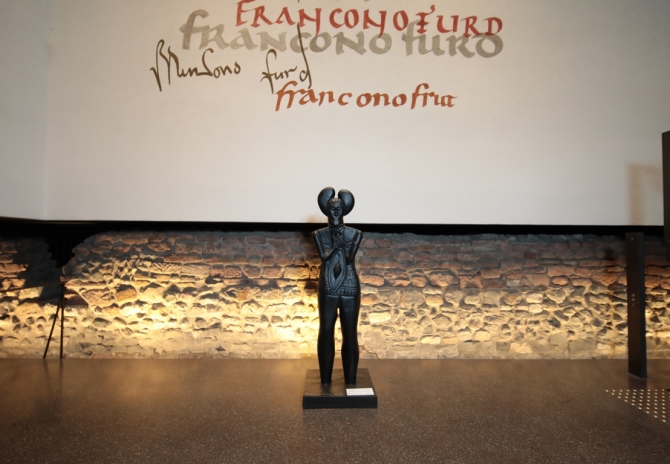 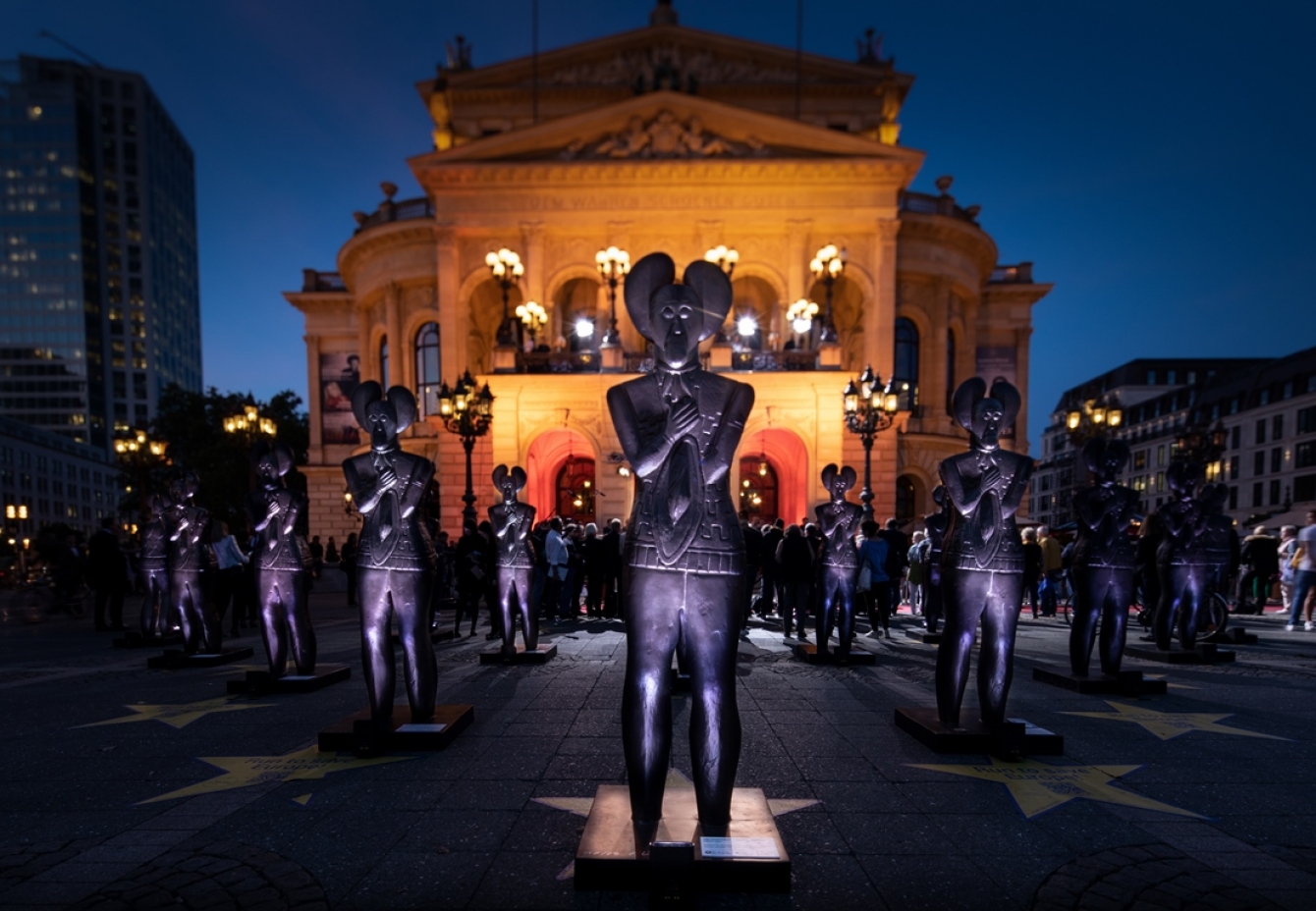 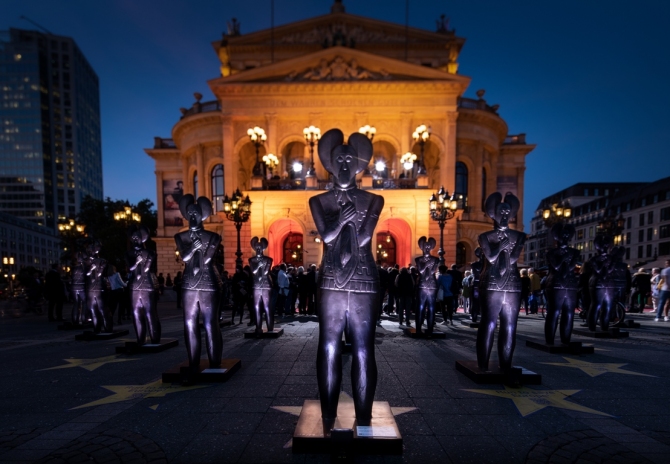 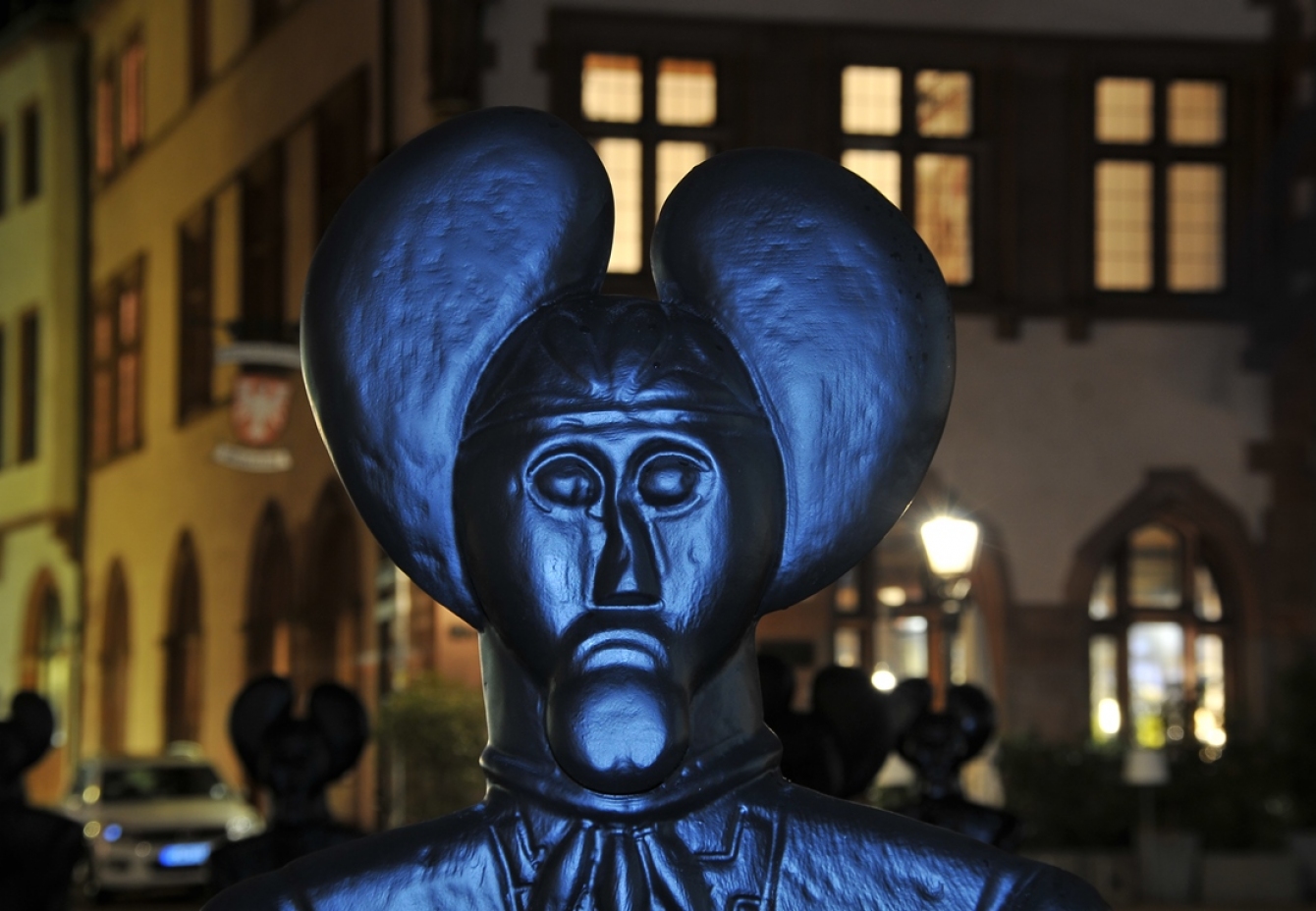 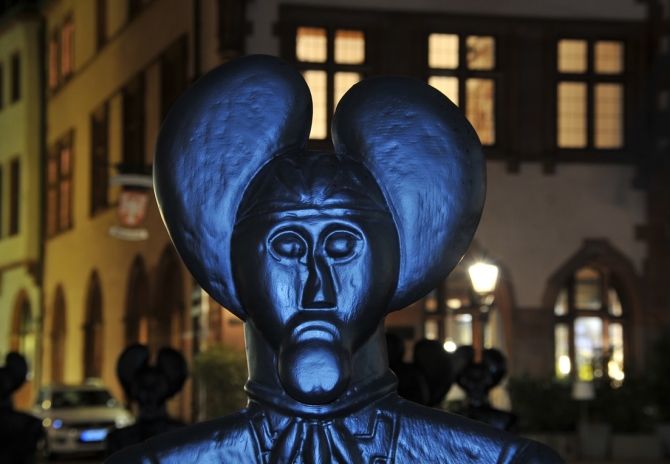